Discover our range of exciting automotive news. Read our informative Buyers Guides and Advice articles for tips on buying your next new or used car, read our own customer's impartial Car Reviews, watch our Video Road Tests or find out the latest Motoring News. Parents that have switched to electric, plug-in hybrid or hybrid vehicles say their current cars are more effective in helping young children fall asleep than the previous petrol or Diesel cars they have owned, according to the latest research by Citroen UK. In a study of 2,000 UK parents with babies and young children, 56.4% of those owning an electrified vehicle said their child found it either as easy or easier to nod off in their current car, compared to petrol or Diesel models they had previously owned. Just 11.9% said an electrified vehicle made it harder to get their children off to sleep, while 15.8% were unsure either way. Nearly half (44%) of all the parents surveyed said they had taken their child on a short car journey specifically to help them fall asleep. Citroen UK's research also highlighted how effective using a car can be to help kids have a snooze, with the data showing that on average it takes a child 161/2 minutes to fall asleep in a car, with 96% of parents saying their child typically falls asleep in 30 minutes or less. The top factors that parents felt were most beneficial in helping babies and young children fall asleep on a car journey, were the gentle movements of the vehicle on the road (46%), a comfortable in-car temperature (41%) and a comfortable car seat (40%). More than a third of parents (34%) told Citroen that they find a smooth drive to be the most important factor to help their child nod off. CARS THAT HOLD THEIR VALUE BEST - AND THE ONES TO AVOID

A recent study by Zutobi has looked at the depreciation rate of 150 of the UK's most popular new cars over a period of three years to identify the cars that hold their value - and the cars that depreciate the quickest. It revealed that the Mercedes-Benz A Class Hatchback holds its value the most after purchase, with just a 5.03% depreciation rate over three years. However, the Merc is still very expensive for the size of the car, and it is likely to be much more expensive than the base price with add-ons. Fortunately, the investment is a good one as the A-Class only loses a tiny 5.3% of its value over three years. Despite having one of the most expensive list prices in the study at a whopping £75,660, the luxurious BMW M3 still had a high average value of £68,162 after three years, therefore ranking in sixth place, with a 9.91% depreciation rate. The Renault Zoe was found to hold its value the least. Unfortunately, customers who buy this particular EV will be massively out of pocket. The electric supermini costs over £30,000, and depreciates at over 63% in three years, so customers would recoup an average of just over £11,000. Customers who want their vehicle to hold good resale value should avoid this car. Despite having a list price of £45,690, the Land Rover Defender also had one of the worst depreciation rates in the study, with a 60.43% depreciation over a three year period. This model also had a whopping average value loss of £27,610. Mercedes, Range Rover and Volkswagen are the brands that holds their value the most, with each brand having two different models in the top ten. After the top spot, the Mercedes-Benz C Class Estate ranked in ninth place.The Range Rover Sport ranked in second place followed by the Volkswagen Polo ranking in fifth place. Peugeot cars hold their value the least, with three of their models featuring in the bottom ten. The Peugeot 2008 ranked second place (62.52% depreciation rate) and the Peugeot 3008 ranked in seventh place (51.31% depreciation rate). The Peugeot 508 also ranked in eighth position (50.32% depreciation rate). UK HAS 9TH LOWEST NUMBER OF CARS PER HOUSEHOLD IN EUROPE The nation's favourite supercar brand has been revealed, with Aston Martin taking the chequered flag. That's according to newly released data from leading driving experience provider Trackdays.co.uk, which discloses that its most popular supercar package so far this year has been their Triple Aston Martin Blast With High Speed Passenger Ride. In fact, such is the popularity of the Aston Martin, the package accounts for just over a quarter of the provider's individual supercar marques, and has sold twice as many as the second most popular offering. Dan Jones, operations manager at TrackDays.co.uk, commented: "From David Beckham to James Bond, Aston Martins are the supercar of choice of countless British icons, and if our booking data is anything to go by, it's clear that Brits share this sense of style with the A-listers." Meanwhile, second on the podium is another great British supercar brand - the McLaren, in the form of TrackDays.co.uk's McLaren 570S Blast With High Speed Passenger Ride. This means that British-produced supercars are now the most popular offerings for the first time in the provider's history. Dan added: "You could be forgiven for thinking that the world's most popular, and glamorous, supercars belong to Italy in the form of the Ferrari and Lamborghini. "However, our booking data has revealed that thrillseekers have more of an appetite for British supercar brands, proving British engineering can possess even more allure than its European rivals!" LIKE THE CITROEN AMI? YOU'LL LOVE THE AMI BUGGY.

Citroen has responded to the extremely positive reception that My Ami Buggy concept received in December 2021, by launching an ultra-limited series production version inspired by the concept model. The 50-unit limited edition My Ami Buggy is now on sale in France, with each customer enjoying a 'VIP service' as part of the online sales process. My Ami Buggy includes key elements from the Ami Pop and Ami Vibe versions, such as enhancements to the front and rear bumpers, and added trim around the lights, while the wider wheel arches and rear spoiler give it a more muscular appearance. Black-tinted protective elements reinforce the sense of robustness and contrast with the Khaki colour scheme. In addition to the Khaki colour, yellow accents enliven the bodywork, while the 14-inch perforated gold wheels contrast with the bodywork colour. In addition to the visual clues on the exterior, My Ami Buggy also features hinged metal tubing to replace the doors and a removable soft-top to make the most of the sun, and to allow customers to get close to the natural environment. Reminiscent of the fabric roofs on legendary Citroens such as the Mehari or 2CV, the protective grey fabric roof material is waterproof and UV treated to protect both occupants from sunlight or poor weather. The roof fabric is detachable via snap fasteners, and can be rolled up and stored securely behind the seats. The yellow exterior touches are mirrored on-board, highlighting accessories such as the dashboard storage bins, bag hook and door opening straps. The seats are covered in black material enhanced with yellow stitching, while the floor mats also feature yellow detailing on the seams. To add to the sense of fun and adventure that is central to My Ami Buggy, the front of the model can be personalised, allowing customers to add any message they like onto the vehicle. 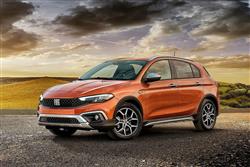 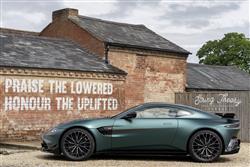 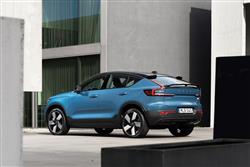 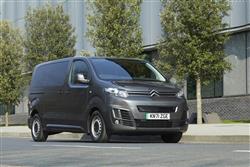 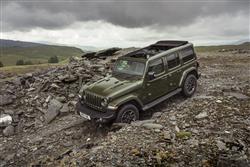 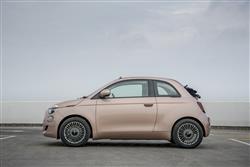 We have video road tests of approximately 100 models. Use the dropdowns to choose the road test.