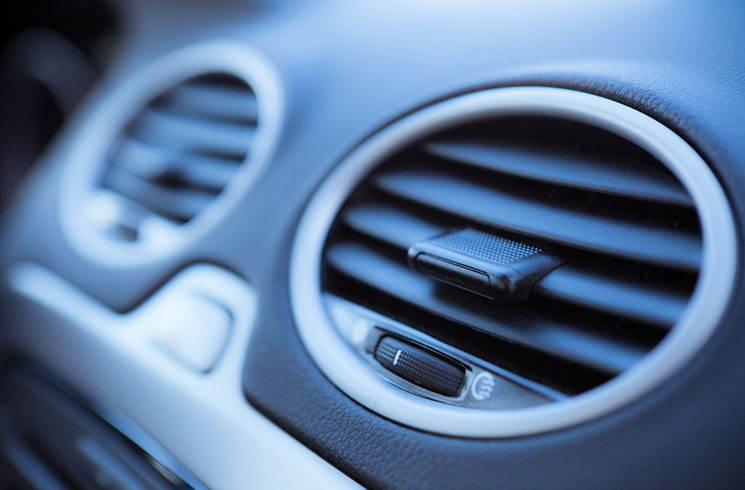 When you’re behind the wheel on a hot summer’s day, there is nothing better than feeling the cool flow of your car’s air conditioning system. However, is your car's air conditioning working as well as it could?

This blog post by Motorparks explains why you might not be getting less cool air than your car is capable of producing.

It’s an unfortunate truth that every vehicle’s air conditioning system will lose refrigerant over time — this is often between a 10 and 20 per cent deficit on an annual basis.

This is caused by some of the pipes and components in a car’s air conditioning system being very slightly porous. A selection of the system’s joints may leak too, simply due to the vehicle engine’s movement and the vibrations that a car makes when it is driven.

Every time an air conditioning system loses charge, it becomes less efficient and your car becomes a little warmer.

It is because of this that vehicle manufacturers will often recommend that a car’s air conditioning system is recharged with both gas and lubricant at least once every two years.

A car’s air conditioning system is at risk of becoming a breeding ground for harmful bacteria and fungus. Those who suffer from common allergies or asthma can find this particularly problematic.

However, there are special sanitising treatments available which work to remove such containments — and eliminate a musty odour that can develop from them. Contact your local Motorparks dealership to discuss the best solution for your car.

While you won’t want your car’s air conditioning system on full blast during the cold winter months, you certainly shouldn’t leave it off for months on end.

By running the system for at least a few minutes each week, the various hoses, pumps and valves will be kept well lubricated.

It should also be noted that as the air conditioning system of your car doubles up as a dehumidifier, it functions to keep your vehicle’s interior dry all year round. When it comes to the winter months, less moisture in the cabin means less misting and ice appearing on the inside of the glass on particularly cold mornings.

If you’re concerned that your car’s air conditioning system isn’t working as it should, book your vehicle in for a service or MOT at Motorparks and we will ensure that it and the rest of your car is functioning like new.