The cars of the Transformers movie franchise 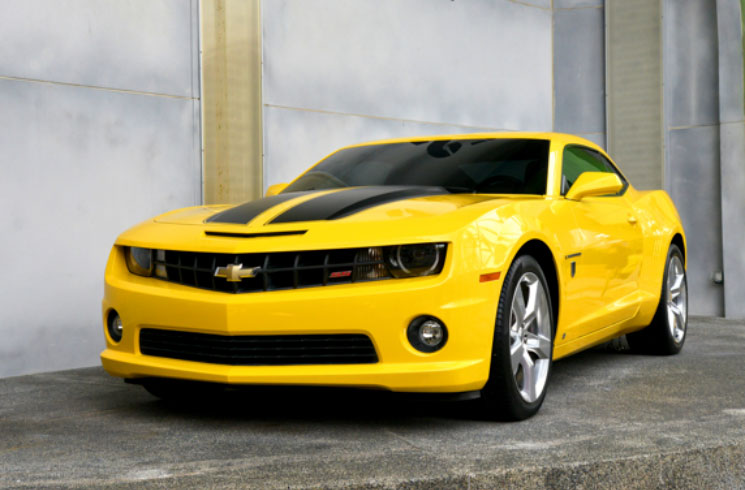 The onscreen dispute between the Autobots and the Decepticons has been ongoing for five instalments – each Transformer having an automotive alter-ego. This ranges from cars to trucks and even helicopters and fighter jets.

Following the release of the latest installment on the series, Transformers: The Last Knight, on June 23rd 2017, we have taken a look at a fraction of the cars that the franchise has brought to the big screen.

Leader of the Autobots, Optimus Prime aims to defend the earth from the Decepticons. He first transforms into a 1997 red and blue Peterbilt 379 semi-trailer truck in the first movie, before transforming into a rusty 1973 Marmon semi-cab and then a Western Star 5700XE Custom sporting his red and blue flamework.

Jazz transforms into a modified silver Pontiac Solstice Custom Hardtop GXP. The top of the car was inspired by the Dodge Viper roadster – and the aggressive body kit mirrors his lieutenant role as Optimus Prime’s second in command. Only appearing in the first film, Megatron kills Jazz during a battle in Mission City.

Following the death of Jazz, Ironhide appears to replace the role as Optimus Prime’s second in command. As his alter-ego, the Autobot transforms into a 2006 GMC TopKick C4500 medium duty truck.

Now an Autobot, Drift was a former Decepticon. He transforms into a 2013 Bugatti Veyron Grand Sport and a helicopter in the Age of Extinction film. When he returns in The Last Knight, Drift transforms into a new alter-ego – a red Mercedes AMG GT.

Leader of the Decepticons, Megatron is the rival and brother of Optimus Prime, mentored by The Fallen – the founder and first ever Decepticon. Throughout the franchise, Megatron transforms into several automobile disguises. In Dark of the Moon, he transforms into a Mack Titan 10 wheeler fuel tank truck.

Disguised as a police car throughout the franchise, Barricade is part of the Decepticons and firstly was seen as a Saleen S281 and Bumble Bee’s rival in the first film. He is soon defeated by Bumble Bee but remerges when the Decepticons are called to mobilise. Barricade returns and transforms into a new 2016 Ford Mustang police car in The Last Knight.