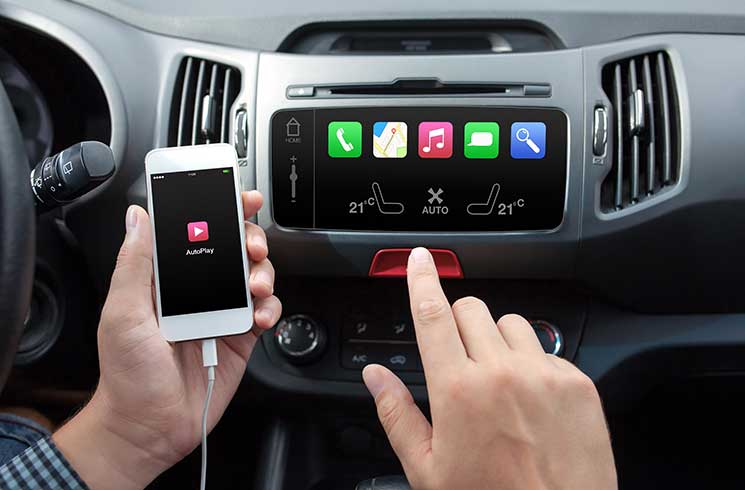 From the humble beginnings of the first sat nav systems to integrated infotainment systems installed on your dashboard, the technology inside of our cars is getting better and better. As the future becomes the present, we’ve witnessed a number of revelations in car technology, with Bluetooth smartphone connectivity and parking sensors to name a few.

Of course, as with most tech, what we have so far is nothing compared to what’s next on the horizon. Driverless cars, car parking space finders and digital car keys are all forecasted for motoring’s near future.

The history so far

The first automobile was created in 1886 by Karl Benz and dubbed the Benz Patent-Motorwagen. However, the first mass-produced, widely available car would not debut until 1908 when the Model T by Ford Motor Company was introduced.

It is difficult to predict the future of cars. Our current vehicles have Bluetooth integration, cruise control and parking sensors – some can even park independently.

The near future promises more efficient electric cars from the likes of Tesla with their autopilot mode and other manufacturers adding more connected tech – for example, SEAT is teaming up with Samsung to create parking space finding tech that allows you to pay for parking with your phone or smartwatch. Toyota and Mercedes also recently announced tech at the consumer electronics show that would see their cars learning a driver’s daily habits and issuing traffic warnings about events that are likely to impact you.

Autonomous cars are still over a decade away, but clever technology to aid a driver in making decisions is closer to hand. As the world gets more and more technology dependent, one thing’s certain: cars are going to keep up