"The level of service and attention to detail was tremendous. "
Mr N Cusk
96% Customer Satisfaction 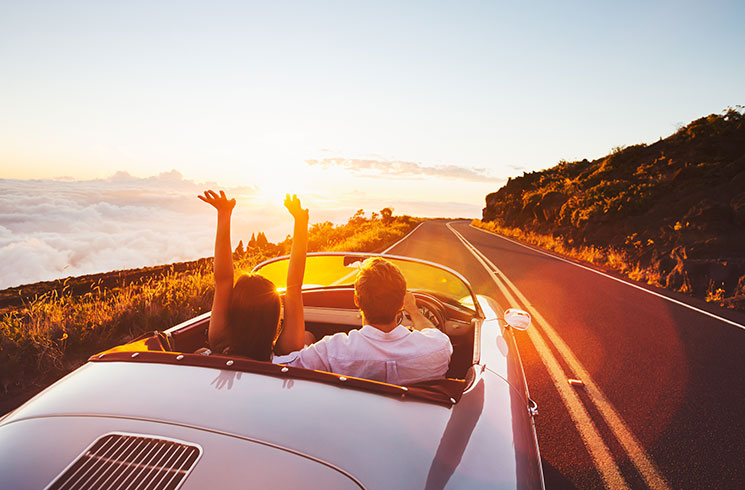 The concept of a road trip may be something that you’d associate more with Americans, but here at Motorparks we encourage you to consider getting behind the wheel and enjoy a driving holiday around Europe for your next overseas getaway.

Not sure where to go? Here are five of our best driving holidays across the continent:

A hit with sports car fans and motorcyclists alike, the road includes 36 challenging hairpin bends and climbs to a dizzying 2,504 metres above sea level.

Take the 30-mile drive from one end of the Grossglockner High Alpine Road to the other, which will cost you €35 for a private car and €25 for a motorcycle, and you’ll pass the Hohe Tauern National park, the Alpine Nature Show museum and Kaiser-Franz-Josefs-Höhe — home to the Pasterze Glacier.

Continuing with the mountain pass roads, the Stelvio Pass can be found high up in the Eastern Alps of Italy and is so remarkable that hit BBC driving show Top Gear once voted it the best driving road in the world.

When you start to delve into what this route is all about, it’s little wonder that it’s held in such high regard. Throughout your journey along the Stelvio Pass, you will be able to look out across awe-inspiring mountain vistas.

It will be best to pull over (where it is safe to do so) to really take in these amazing sights though. This is because the road’s 48 switchback turns will test the skills of even the most experienced of drivers, so focus is of upmost importance.

While Germany’s Route 500 is one of the country’s major roads, it is much more than just a means of getting from A to B, between Baden Baden and the Swiss border.

Soon after you have joined this road, you’ll find yourself passing right through Germany’s astonishing Black Forest region. As a result, extraordinary mountain scenes and countless sections of pine forests will be waiting to be seen.

To get the most out of this road though, we do recommend that you head out for your drive early to avoid the traffic that can quickly build up along the route.

The 800-mile-long Route One road in Iceland circumnavigates the European island and allows you to see everything that makes this country special.

Throughout your journey, you will be able to take in thunderous waterfalls, hot springs and geysers, as well as ash deserts that stretch as far as the eye can see, lava fields and volcanoes.

Just take note that there are sections of the Route One road that still have gravel terrain, so it is recommended that you take to this route in a tough 4x4.

You will be following in the footsteps of one of history’s most iconic figures should you choose a trip along the 200+ mile Route Napoleon in France. This is because the route follows the same one that Napoléon Bonaparte took in 1815 when he marched from Elba to Grenoble with the intent to overthrow Louis the 18th.

As a result, Route Napoleon stretches from Cannes to Grenoble in the south of France and runs straight through both the Alps Maritimes and the Alps — both of which offer so much astonishing scenery and breathtaking views.

With a collection of cambered corners, hairpin turns and fast straights, Route Napoleon is also sure to satisfy those looking for a thrilling drive that will test their skills behind the wheel.

Have you enjoyed a drive along any of the roads featured in this guide? Do you feel there is a route that we have missed? Share your views of Europe’s best driving holidays on our Twitter and Facebook pages.