The state of the UK's car manufacturing scene 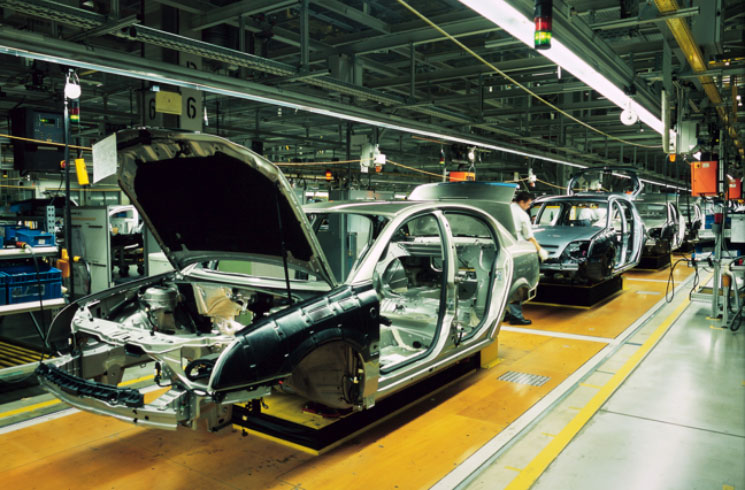 Recent figures from the Society of Motor Manufacturers and Traders reveals the UK has hit a 17 year high for car manufacturing, with over 170,691 cars produced during March 2017 on UK-based plants – that is a 7.3% increase on March 2016.

March is always a busy month within the car industry with the arrival of the new registration plates. March and September are always forecast to be the industry’s busiest months for sales, meaning manufacturing is also up in the months of March and September to meet the high demand for new registrations. But 2017 saw the most cars produced in Q1 than the past 17 years – 471,695 units in total, a 7.6% increase on previous years.

The UK’s manufactured vehicles have received both domestic and international recognition for their high quality. For instance, Range Rover won ten awards within the three months of production, and the Evoque secured 22 international awards, whilst the Nissan Qashqai is the winner of over 13 global awards. As UK manufacturers are continuously recognised on a global scale for the high quality of their vehicles, it’s no surprise that global demand is driving the UK’s car production industry.

Exports to the EU increased by 7.5% last year, showing continuous progression for global exporting. A total of 758,680 cars were exported to the EU in 2016, which was accountable for half of all overseas exports last year. In fact, more than one in two exported cars were to Europe – and out of all the cars manufactured in the UK, around eight out of every ten cars are exported overseas. It is clear that exports are driving the UK’s new car production, with the UK exporting to over 160 countries worldwide.

Whilst global exports are continuously on the rise, it seems the same can’t be said about the UK. Following the vote for Brexit, the UK’s domestic home demand has dropped. Despite not having much of a dent on the production volumes, some industry experts have raised concern, attributing the drop to fears of the UK economy and uncertainly about leaving the EU.

However, this decline simply highlights the importance of global exports for Britain. In Q1 alone, overseas buyers placed orders for more than 76% of the UK’s output.

Whilst production has slowed since the peak in Q1, the SMMT put this down to production lines preparing for the introduction of new models, such as the new Jaguar E-Pace and new Ford Fiesta. Global markets remain strong too, continuing to drive the British car production.