Finished in the bold Lava Red paint our Vauxhall Astra looks sporty and stylish. Our model is the 'SRI VX-Line NAV' that includes extensive styling upgrades over the standard SRI whilst retaining the same excellent level of equipment. With 370 litres of cargo space the Astra boasts impressive levels of practicality making this an ideal car for someone that has a growing family. The interior is well presented with Isofix Anchoring points located along the rear bench and sports style front seats. These front seats are AGR Approved which will help keep you comfy with excellent back support and adjustability. The 7 inch 'Intellilink R4.0 NAV' media system includes Bluetooth Connectivity for your mobile phone with USB media connections provided too. Apple Carplay and Android Auto are provided for navigation with inbuilt navigation included too. As well as this Automatic Lights and Wipers as well as Cruise Control and Speed Limiter are included within the standard specification. 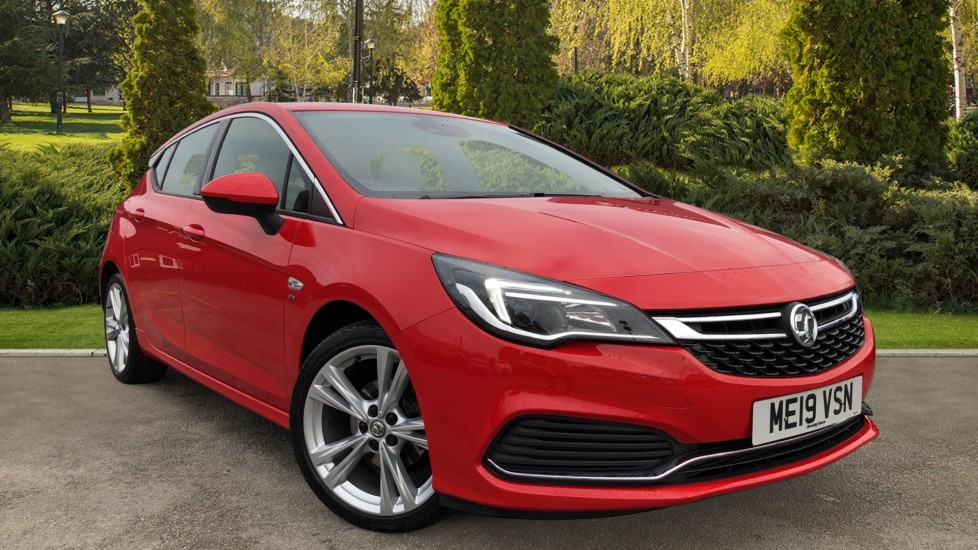 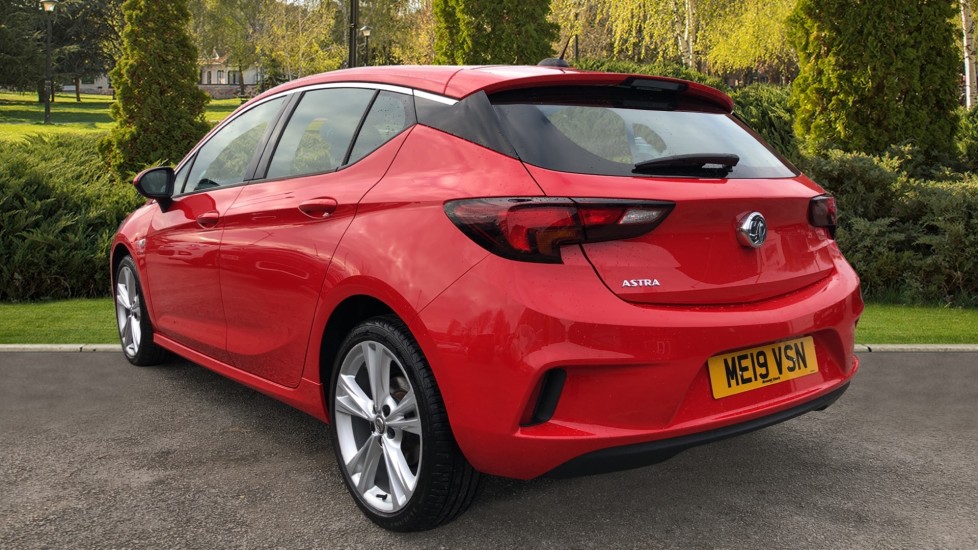 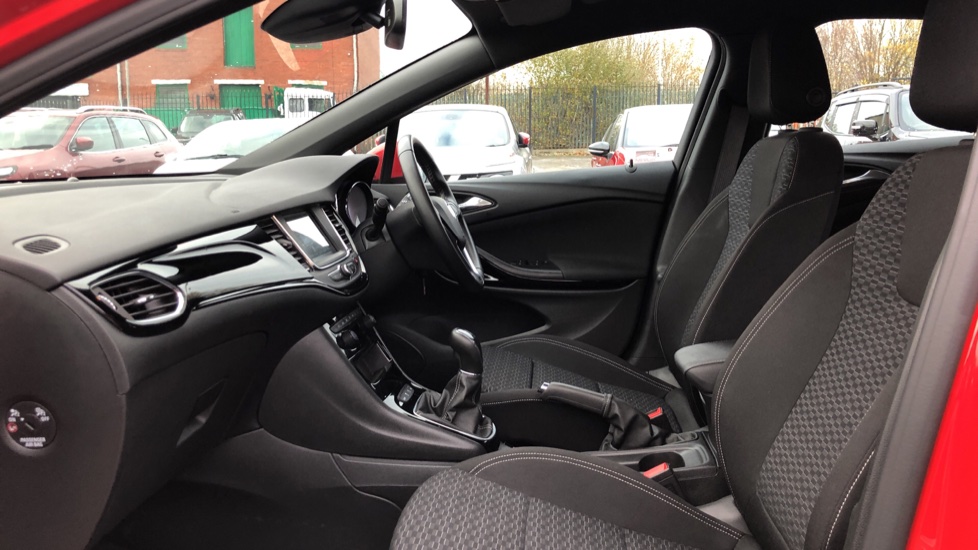 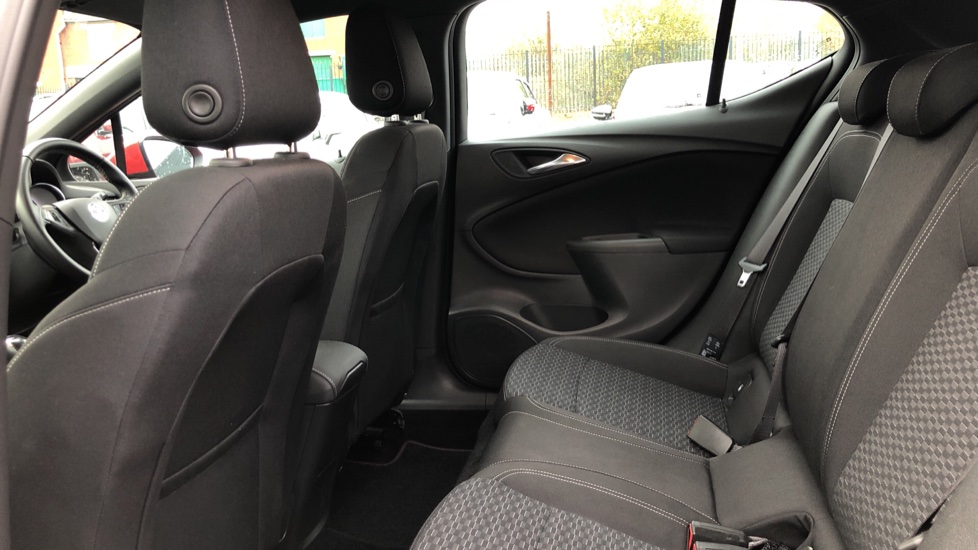 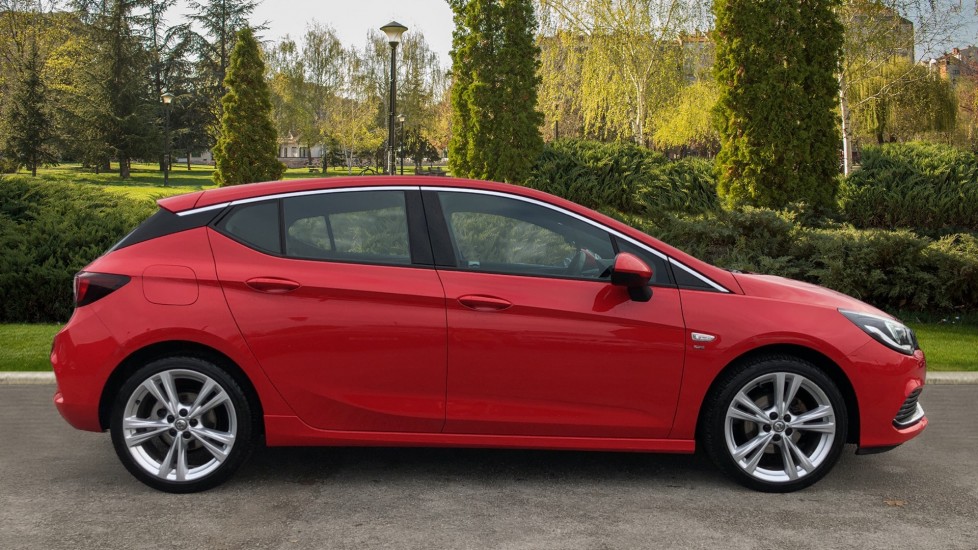 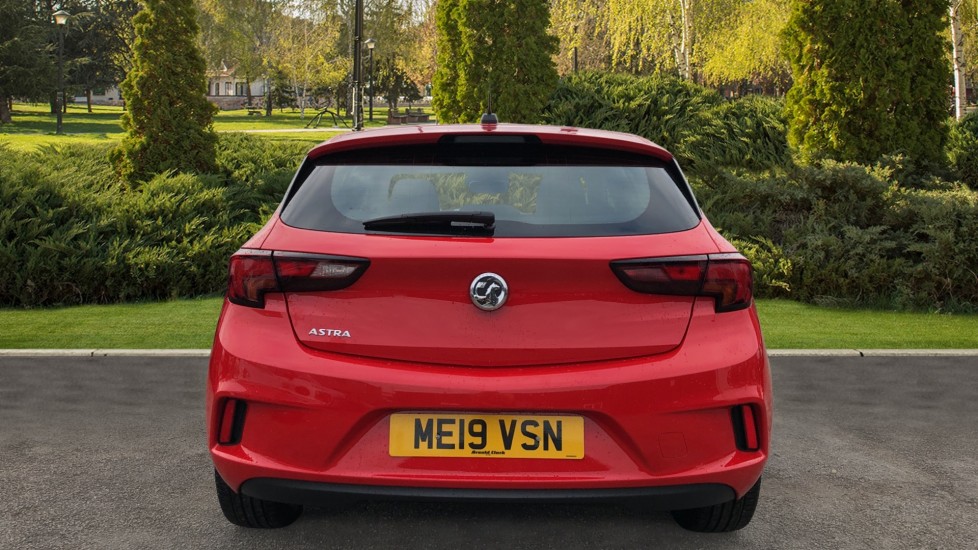 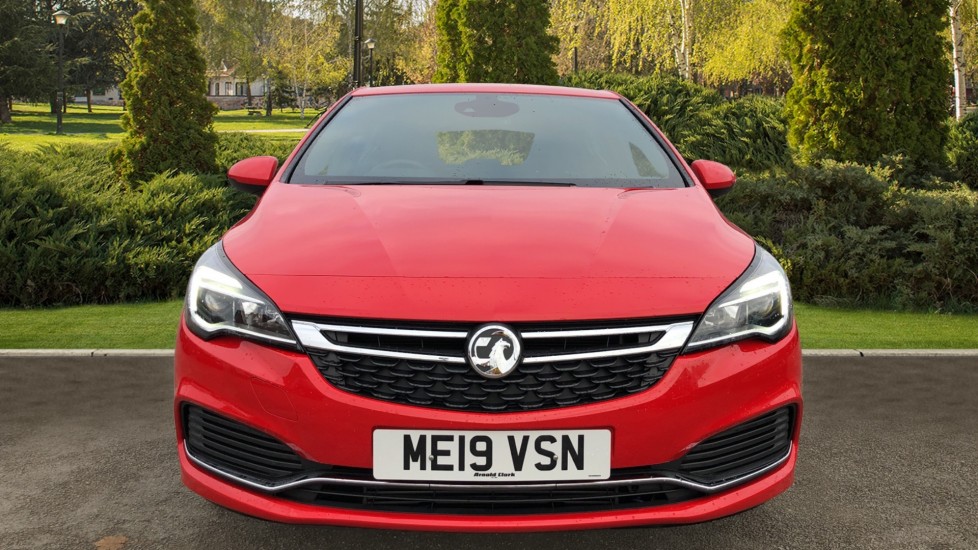 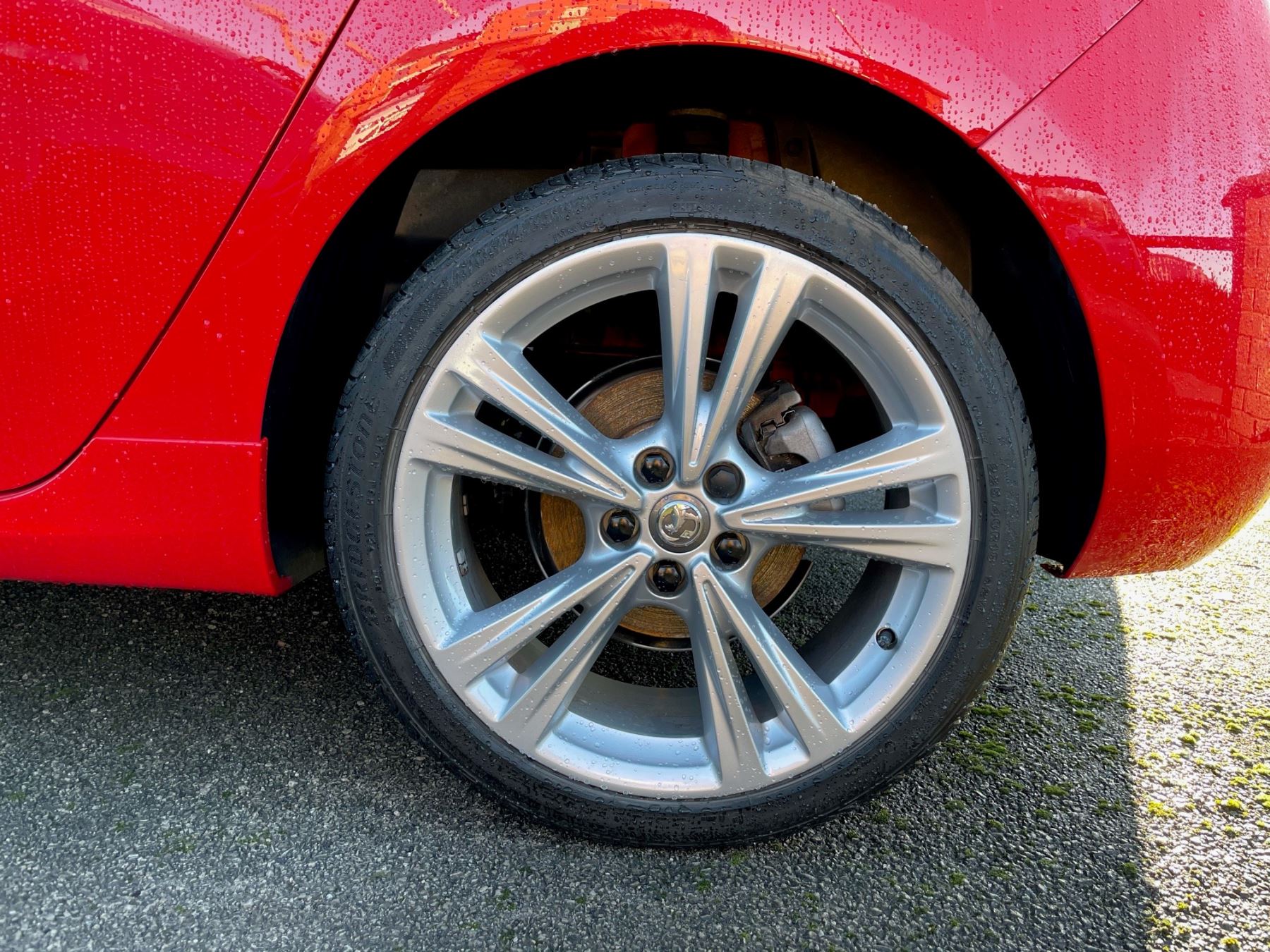 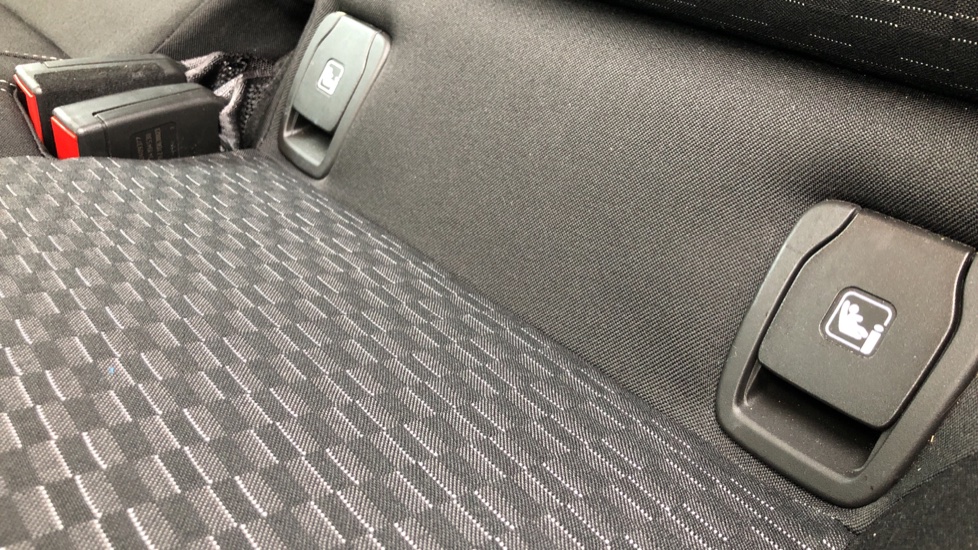 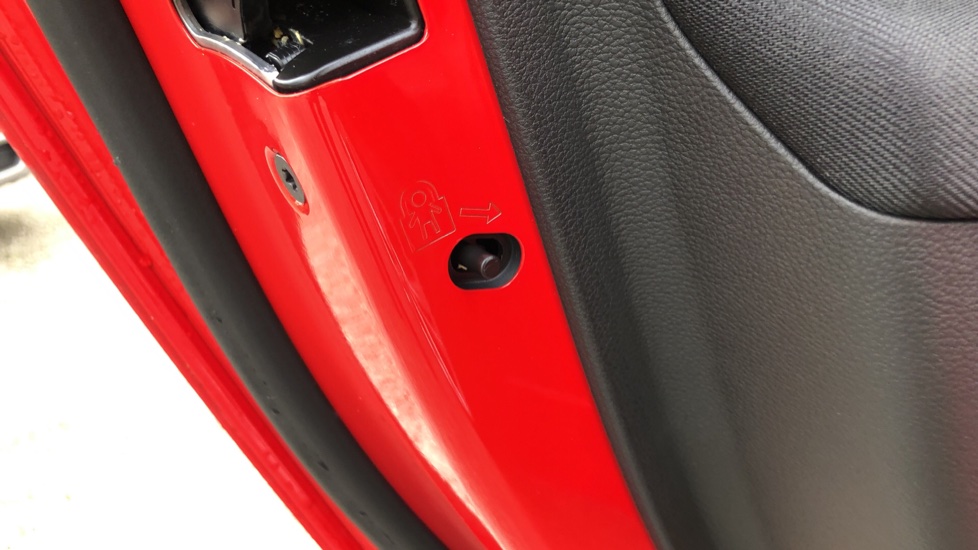 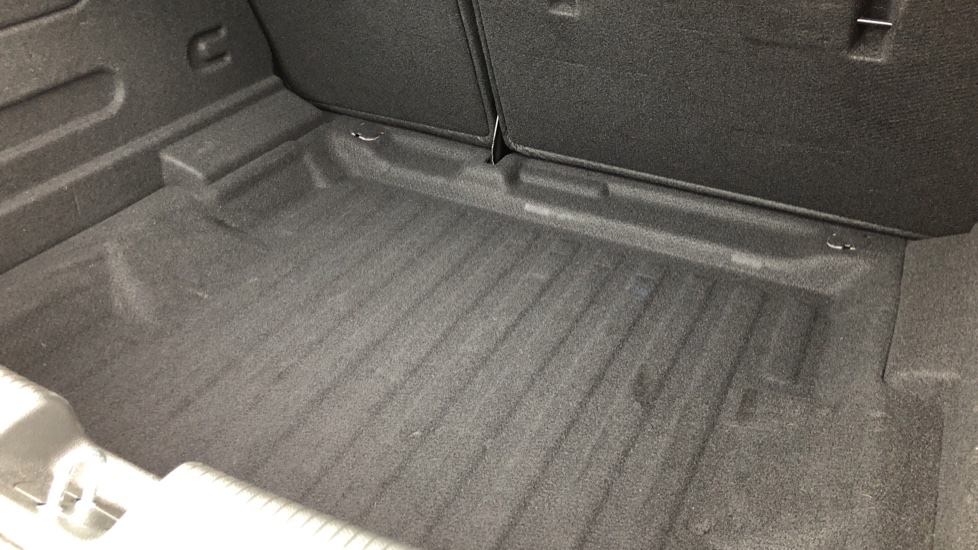 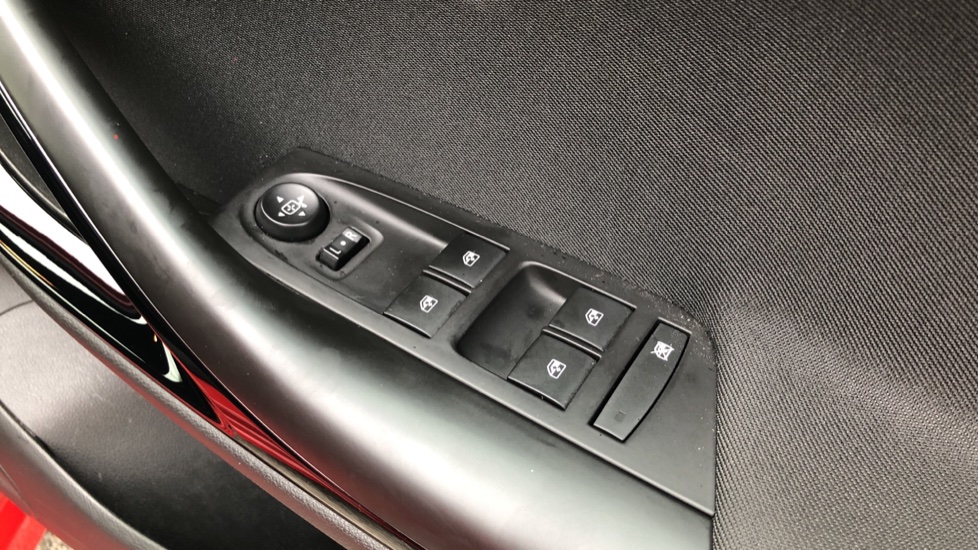 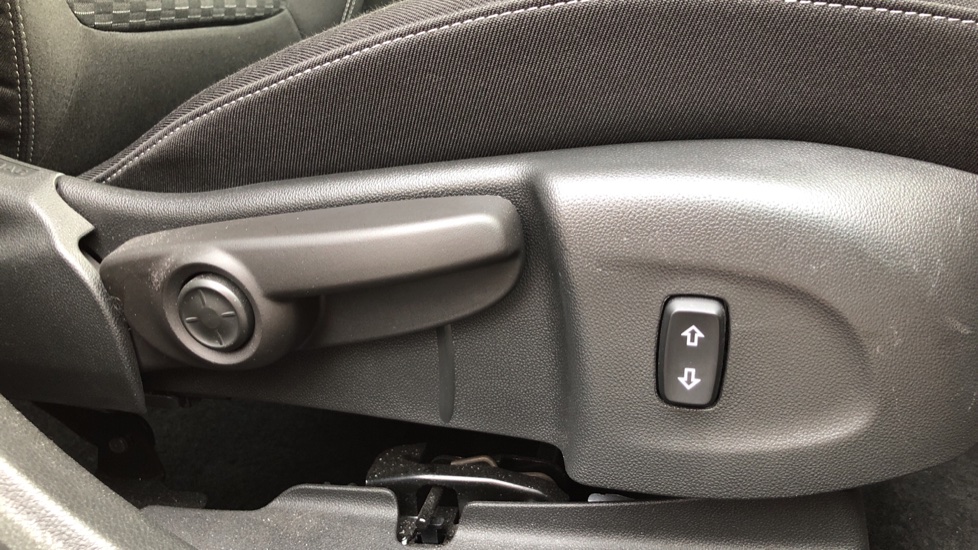 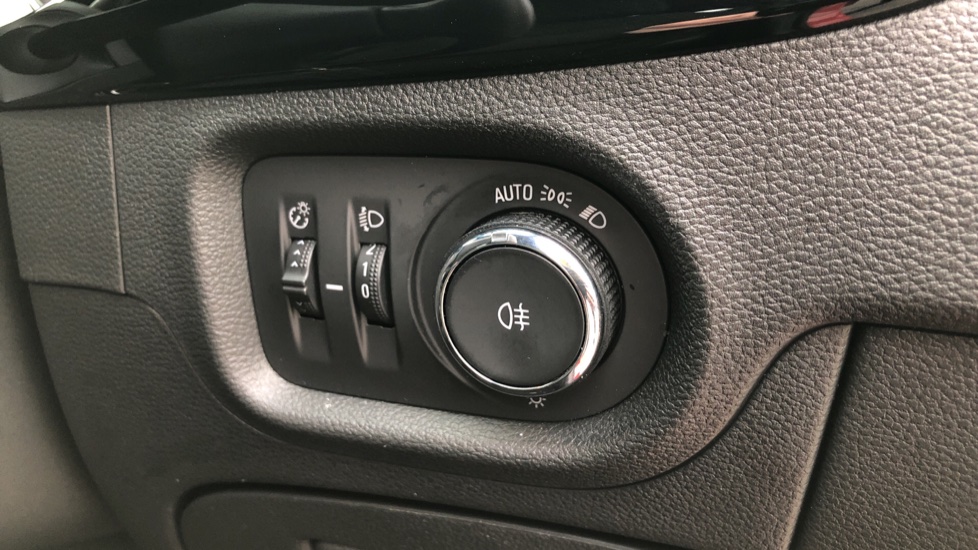 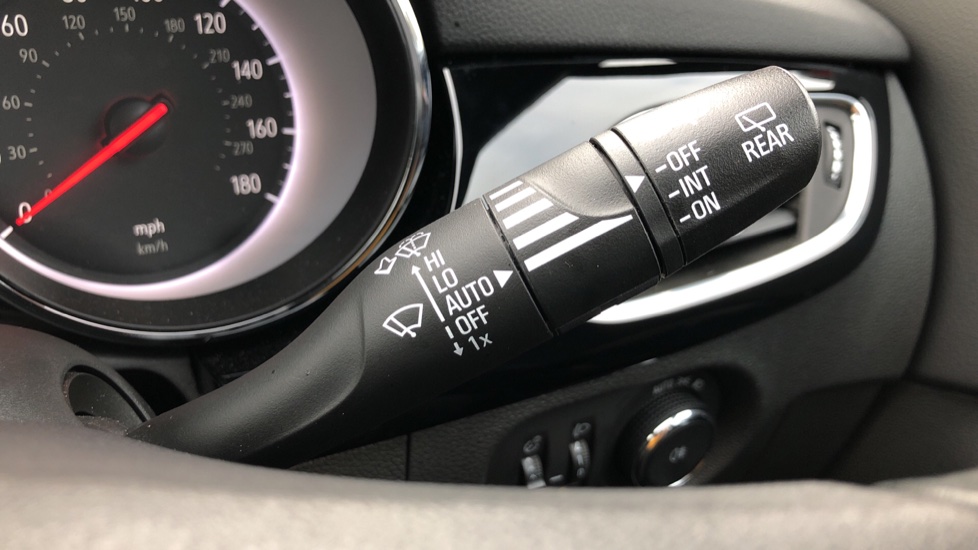 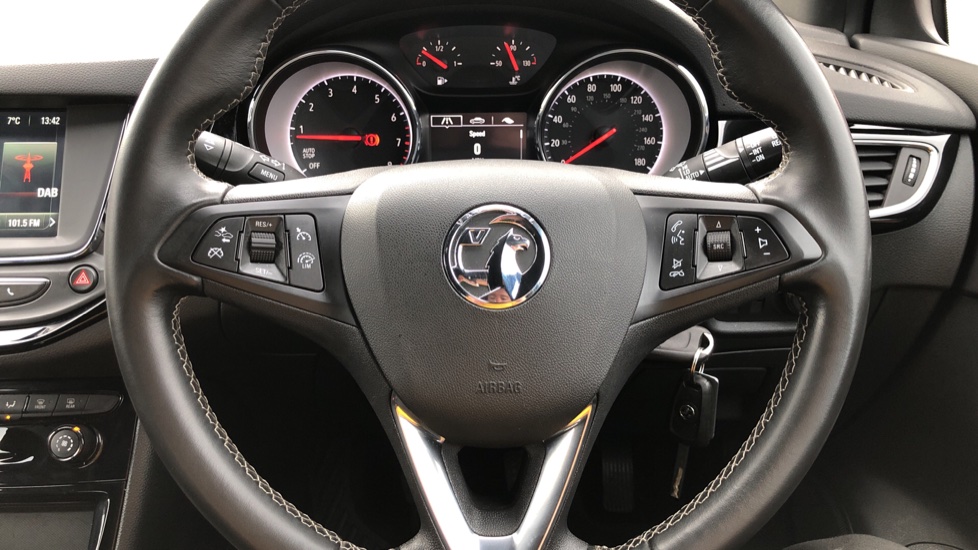 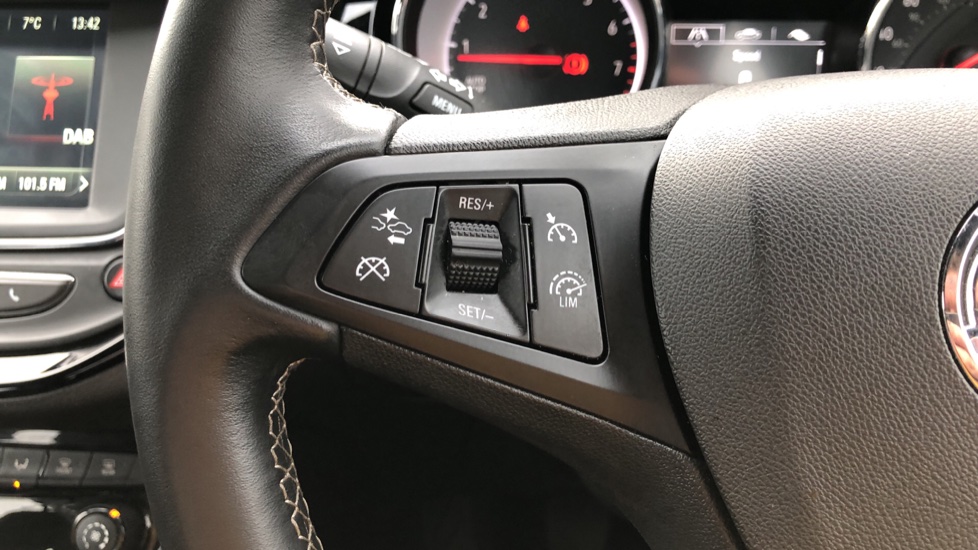 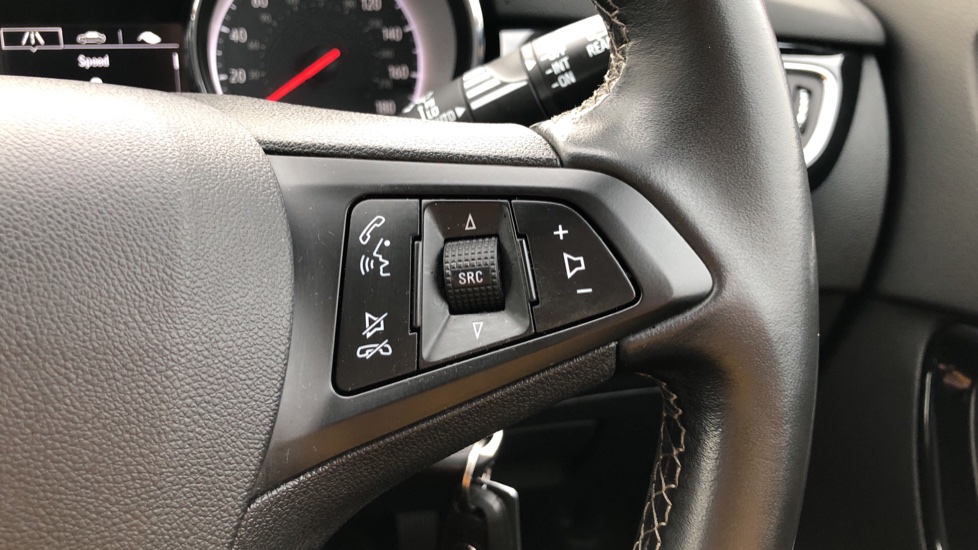 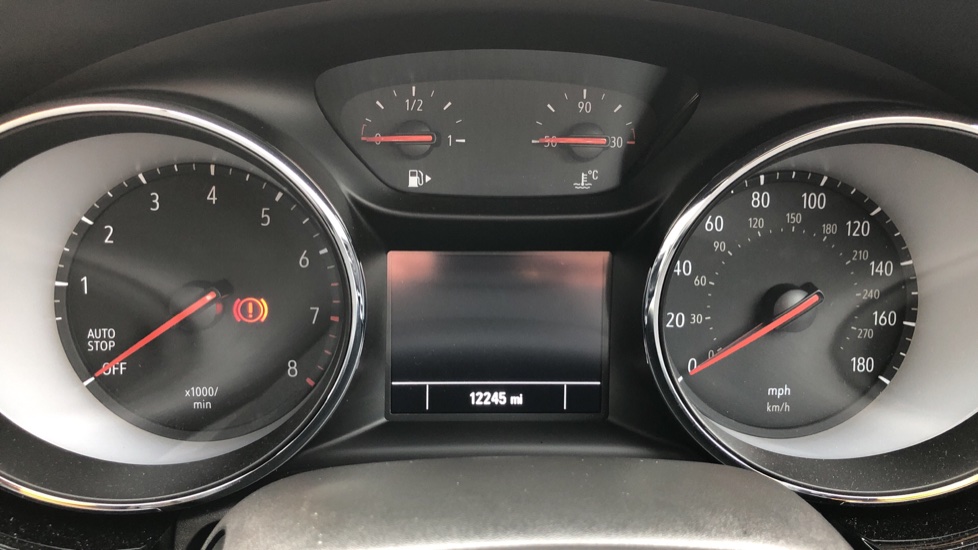 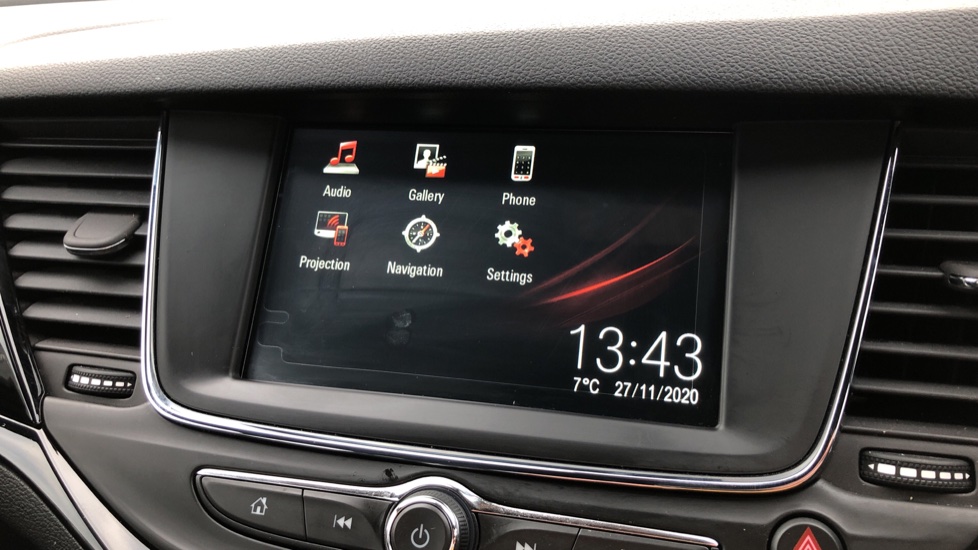 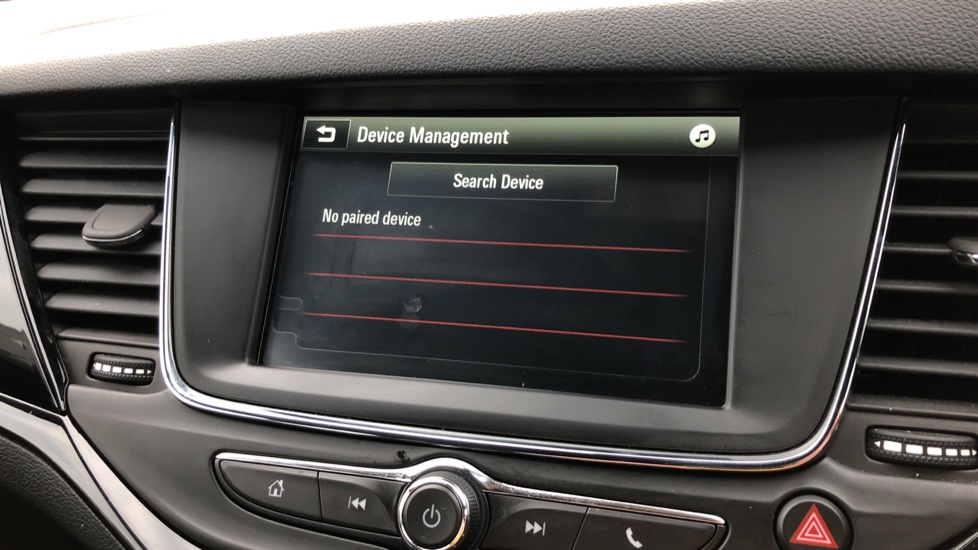 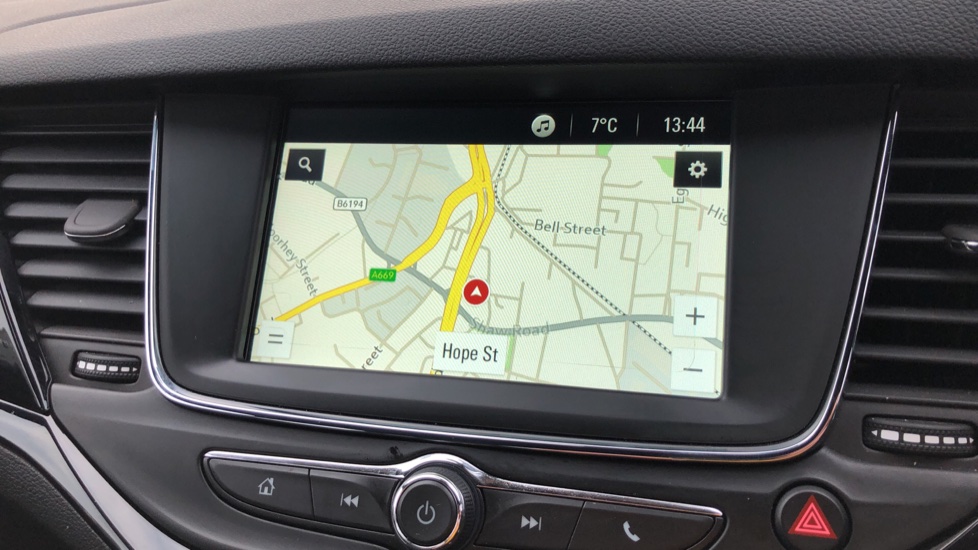 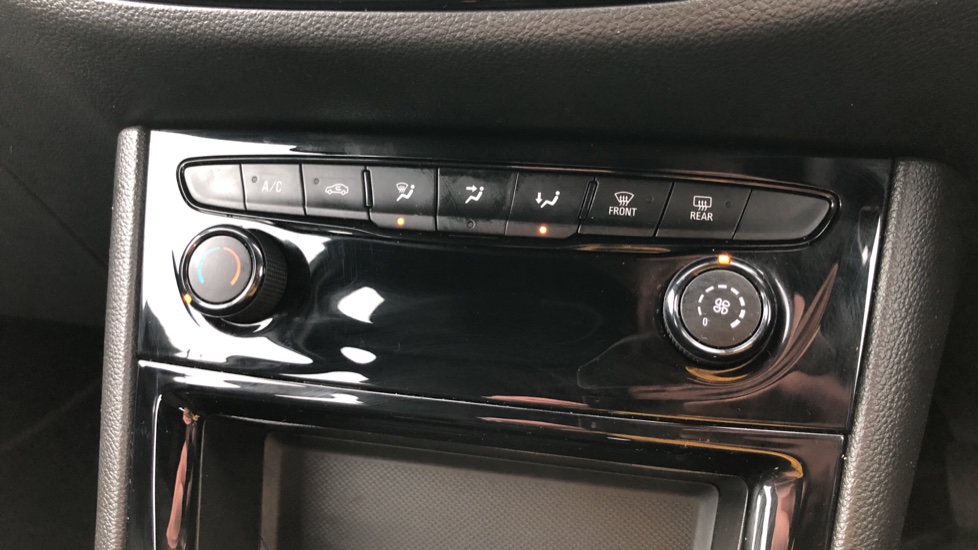 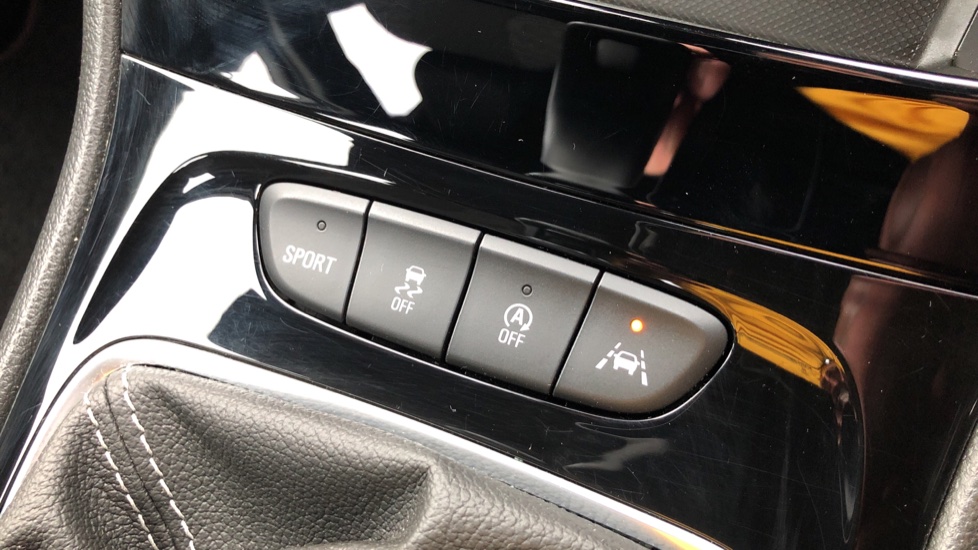 Buy this Astra and take advantage of a discounted price on our excellent Gardx interior and exterior paint protection product!

This seventh generation Vauxhall Astra, launched in 2015, was smarter, lighter, cleverer and more efficient. Once merely an ordinary family hatch, this model line revitalised itself in this 'K-Series' form. Here we look at earlier versions of this design from the used car buyer's perspective.

According to Vauxhall, over a quarter of all British drivers have at some point either owned or driven an example of their Astra family hatch. A pretty significant car for our market then - and never more so than in its seventh generation 'K-Series' form, launched in 2015. The fact that so many of us have sampled an Astra might be an interesting stat but it disguises the fact that despite Vauxhall's best efforts over six different generations and nearly four decades, their family hatchback contender has rarely been the one its users would ideally have chosen to own. Not because it's ever been a bad car: just never a class-leading one. In the past, it was the kind of model you bought because it was good value. Or more likely, because you were given the keys by your company Fleet Manager. What was missing was that 'want one' factor. To try and deliver it, the MK7 model design team massively reduced this car's weight, engineered a fresh generation of frugal engines and installed in this Vauxhall a level of personal connectivity that many luxury saloons of the era struggled to match. The original version of this MK7 model sold until mid-2019, when it was lightly facelifted and significantly updated with a fresh range of three cylinder engines. It's the earlier 2015-2019-era versions of this design that we look at here though.

Give this seventh generation Astra little more than a cursory glance and your first impression may well be that visually at least, it isn't very much changed from what went before. Look more closely though and a different piece of styling presents itself, leaner, lighter and more agile in appearance, just as was intended. At the front, the prominent Griffin badge marks the centrepoint of a chrome grille that flows seamlessly into the lights. Move to the side and you start to get a real feel for what the designers have tried to do with this car. For a start, unusually for a new generation design, it's slightly smaller than the old MK6 model, in both the five-door hatch guise and in Sports Tourer estate form, the other main seventh generation bodys tyle on offer. A far-reaching efficiency programme delivered us a shape that sees this hatch version 5cm shorter and 2.5cm lower than its predecessor, with shorter front and rear overhangs and the option of smaller wheels. In its own way, the up-front experience is just as surprising, the previous forgettable rental car-style cabin here replaced by a cleaner, simpler, smarter and more interesting design that some premium brands could even learn from. The centrepiece of the dash is a beautifully-integrated Intellilink infotainment screen which incorporates the usual DAB stereo, Bluetooth 'phone and informational functions. Get a car whose original owner included the optional satellite navigation system and the screen size increases from 7 to 8-inches. In the back, despite this 'K-Series' model's shorter wheelbase, there's a surprising amount of space, plus you get a usefully-sized 370-litre boot in the hatch. Need more? Then go for the alternative Sports Tourer estate.

Most of the Astra owners from the 2015 to 2019 period that we came across seemed to be pretty happy with their cars on the evidence of our survey. However, inevitably, there were issues. One owner experienced problems with the ECU unit failing. Another also had spurious warning lights; look out for the engine management light illuminating as a sign of problems. We had a number of reports of difficulties with the Intellilink infotainment system, so make sure that all the functions on that work correctly. One owner had both the clutch and the gearbox fil within 10,000 miles; look out for brake grinding noises too. Otherwise, just check the usual things in family hatches; alloy wheels scratches and interior damage caused by unruly children.

Reducing this seventh generation Astra model's weight by up to 200kgs had a significant effect on the way this car drives. It soaks up bumps better than the previous MK6 version and turns into the bends more easily, aided by a stiffer chassis and torque vectoring that helps with cornering traction. As before, this Vauxhall does without the kind of independent rear suspension system you'd find on a rival Ford Focus, instead favouring a neat Watts linkage system that claims to reduce sideways motion between the axle and the body of the car as you go through the corners. Under the bonnet, those in search of petrol power have an up-to the-minute range of options. We'd suggest you bypass the most affordable 100PS 1.4-litre engine in favour of the lighter, more responsive and much more efficient 105PS 1.0-litre ECOTEC turbo three cylinder unit. If you need more power, there are a couple of 1.4-litre Turbo powerplants offering 125 or 150PS, plus a top 200PS 1.6 Turbo option. Diesel drivers get Vauxhall's refined 1.6-litre CDTi 'whisper diesel' unit with a choice of three power outputs - 110, 136 or 160PS. The 110PS ecoFLEX variant delivers class-leading efficiency figures.

So to the bottom line, which is, quite simply, that it's time for the market to re-evaluate the Vauxhall Astra. You might have ignored the previous model because a Focus felt better to drive, a Golf felt better built or any one of a whole series of potential rivals offered better value. Forget that now though: to a great extent, it's reasoning that no longer applies. The closer you look at this car, the more readily you appreciate the depth of thought that's gone into its design. It's the most efficient and technologically advanced contender in its class from the 2015-2018 era, as well as being one of the best equipped and most affordable. Despite smaller dimensions, it somehow manages to be more practical than its predecessor - and smarter too. Better still, a weight loss programme resulted in a much lighter car that's more agile and responsive to drive. Avoid the entry-level petrol engine and it's hard to make a bad choice in the powerplant department either. And it was British-built. That reason alone might be enough to give this car a place on your family hatchback shortlist. Fortunately for Vauxhall, there are also many others.