Our C1 is finished in the Metallic Caldera Black paint and includes 15-inch 'Planet' Alloy Wheels. The 'Flair' specification is the highest trim level available and includes a Colour Rear Parking Camera, Speed Limiter Control, Air Conditioning and even Electrically Adjustable and Heated Door Mirrors. The boot provides 196 litres of luggage space, with additional room made available when the rear seats are lowered. 'Sunrise Zebra Cloth' upholstery is trimmed on the Sport Style Front Seats as well as the rear bench, which includes Isofix Points to secure younger children into the car. A 7-inch Display provides access to all media connections. This includes AM/FM and DAB radio bands as well as Bluetooth, USB and AUX media connections. Apple Carplay/Android Auto connections are provided for Navigation and Media data. 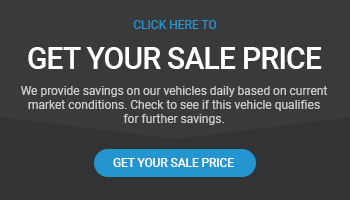 The Citroen C1 shares the same platform as the Peugeot 108 and Toyota Aygo and therefore is a fantastic car for a new driver, with low insurance costs and excellent efficiency.

The second generation C1 was Citroen's second take on the city car state of the art. This French brand has always been rather good at very compact, efficient little models. Their iconic 2CV goes back to the Forties and the brand did well at the turn of the century with the little Saxo. The first generation C1 replaced that car in 2005 and nine years later, this second generation C1 model arrived. How does it stack up as a used buy?

The original MK1 version of Citroen's C1 used to be an easy car to recommend - to the right kind of buyer. People like us would point people towards it who simply wanted a really cheap way to get mobile. Theoretically there were less expensive city car options but in practice, Citroen's dealer deals often meant that a first generation C1 was the next step up from a moped when it came to affordable running costs. So what of this MK2 model? Well, it had a bit more about it. In every sense actually. The looks made more of a statement. There was (initially anyway) a wider choice of petrol engines - and of body styles too with the introduction of a canvas-roofed 'Airscape' variant. All versions were a little bigger inside. And a lot more up to date in terms of technology, safety and equipment. In other words, it was clear from the moment we first saw it in the Spring of 2014 that this Citroen had evolved. That's the good news for the company. The tougher part of the brand's C1 assignment came in differentiating this car from the two rival models that, beneath their different aesthetics, shared pretty much exactly the same design. This city runabout you see, like its predecessor, was developed as a joint venture with Peugeot and Toyota. The reasons why you might buy one in preference to Toyota's rather self-consciously funky Aygo model might come down to price, the affordable availability of that open-roof option and the fact that the Japanese brand's contender doesn't offer a pokier petrol engine. It's harder though, to differentiate this car from a rival Peugeot 108, unless you're one of those who appreciates this C1's more youthful in-your-face styling. That may well also help this Citroen in dealing with extremely tough competitors elsewhere in the city car segment from this period - cars like Fiat's Panda, Hyundai's i10, Vauxhall's Viva, Renault's Twingo and the various models derived from Volkswagen's up! Most customers wanted this car in 1.0-litre form (that 1.2-litre engine option lasted only until 2018) and in conventional hatch guise (the 'Airscape' version with its fabric-folding roof was deleted in 2020). The second generation C1 range sold until late 2021 and wasn't replaced.

Most C1 buyers we came across seemed satisfied. There was a report of a leaky boot. And apparently, the Bluetooth won't pair if the car's been parked on a hot day for too long: make sure that the central screen phone pairing system works properly for your handset. One customer complained of brake squealing and juddering. And another customer complained of window glass rattling. In another case, the hubcap nuts went rusty in all four wheels. A key 108 product recall in this period occurred in 2016 regarding the steering column, advising customers that a component within in it might not be to the correct specification and therefore there might be an issue with potential loss of control. Otherwise, it's just the usual things; check the interior for child scrapes - and the wheels and rear bumpers for parking scratches. And insist on a fully stamped-up service history.

From launch, the MK2 C1 offered a couple of petrol-powered three cylinder choices, with an 82bhp VTi unit from the C3 supermini arriving to join an improved version of the older 69bhp 1.0-litre unit. That 1.0-litre engine is unashamedly aimed at urban folk and might become a little aurally wearing if you were to use it over an extended motorway trip. If such a journey might be an occasional possibility, the 1.2-litre engine option (not incidentally available on this car's Toyota Aygo design stablemate) would be a better choice, but it only sold until 2018. If you're familiar with the first generation C1, then you should find this replacement car to be a touch more driveable, even in 1.0-litre form. For a start, in the old C1, you needed to really wind some revs onto the clock in order to get anywhere - which had a marked effect on your fuel consumption. In this car, nearly all of its 95Nm of pulling power is available right down low in the rev range, from as little as 2,000rpm. That means you won't need to rev the thing to death in order to get it going, though if you do, the 998cc unit sounds playful, its normally aspirated note filling the cabin with a characterful three cylinder thrum. This also has the advantage of making the car feel peppier than it actually is. Once you've covered a few miles, the first thing you'll probably notice is just how light most of the controls are - especially the steering and the clutch. The exception to this is the gearchange, which needs more of a firm shove than you'd expect from a car designed with urban driving in mind. If that's an issue, then you might well be tempted by a rare C1 model fitted with the automatic 'ETG' gearbox. That auto variant will certainly suit urban-bound folk, people who'll also appreciate the tight 4.8m turning circle and that light steering we mentioned. Parking is as easy as you'd expect in a car with an overall length of under 3.5m, with good all-round visibility marred only slightly by the chunky rear C-pillars. The wide rear wheel arches might be a bit vulnerable here but on top variants fitted with the multimedia system's standard reverse parking camera, that shouldn't be a problem. The big, clear mirrors should help too. The brakes also feel up to spec, despite this Citroen doing with without rear discs and opting for a cheaper rear drum set-up instead. And handling? Well the development team behind this car say that they benchmarked the Ford Ka in this respect, one of the results of which was that the steering was made 14% more direct than that of the old C1. True enough, it does provide more fingertip feedback than before. Other incremental dynamic improvements include re-tuned springs and dampers, plus a lighter rear torsion beam, one of the things contributing to a 60kg weight saving over this model's predecessor. The result is a slightly more agile, chuckable city runabout that could be driven with a bit more vigour but it still wasn't the driver's choice in this segment, though that's something few likely buyers will care much about. Pitch into a corner and you get the predictable helping of body roll and tyre squeal you'd expect from this kind of car. Stick with it though and this C1 can, nevertheless be pretty good fun to pedal along.

Overall, it's true that there are still more sophisticated choices you could make in the city car segment from the 2014-2021 period, but there's a time and a place for sophistication and we can imagine many buyers in the market's smallest sector being prepared to look past issues of practicality and refinement, being persuaded instead by this little Citroen's sheer value and joie de vivre. Those are the things you want in a city car - but that's not all you want. With this second generation C1, Citroen seemed to understand this. The result was a much better car. And a much better used proposition.