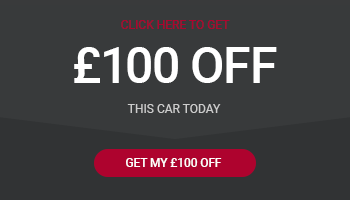 The 500L is Fiat's bold answer to customer and dealer demands for a grown up alternative to the small but so successful, 500. A five-seater compact MPV that doesn't feel like one, taking care of people and baggage-carrying chores with a practical dash of Italian flair. Here, we look at the original 2014 to 2017-era model as a potential used buy.

Fiat has its own fortune 500, a little family of cars on which present and future hopes of the brand are these days almost exclusively based. The 500 we all think of is the cheeky little three-door citycar that started this model's retro revolution, but Fiat always felt that this should be merely the starting rung on an ownership ladder designed to be fine for families as well as fashion-conscious urbanistas. A ladder encompassing seven seats and SUVs as well as the model we're going to look at here, the spacious 500L. Fiat's fame of course has traditionally been founded on much smaller cars than this - but back at this car's launch in 2014, the brand knew that it needed to get better at being bigger if legions of owners of the 500 citycar were not to be lost to other makers as their needs and families grew. And sure enough, on paper, the signs are good. This model claims to be the most space-efficient design in the smallest part of the compact MPV segment and from new was bespokable with the widest and cleverest range of unique accessories. A compact people carrier, in other words, that you could get passionately practical about. In a Fiat designed to bring a welcome dash of fashion to family motoring. It sold in its original form until 2017, when it was extensively revised.

You tend to approach this 500L expecting it to be a pumped-up version of the 500 citycar - which of course it isn't. To make this model as big as it needed to be - fully 60cm longer and 18cm taller than an ordinary 500, so in Fiat terms, longer than a Punto supermini and as wide as a Bravo family hatch - Andreas Wuppinger's styling team had to use a Punto floorplan as the basis for something quite different. Then give the end result a recognisable '500'-style twist, hence the familiar wide-eyed front end. As BMW found when trying to super-size the MINI to create the MINI Countryman, that isn't a recipe for aesthetic elegance - and it certainly isn't here - but it has left room for some very clever touches. Just look at the flow of this wraparound windscreen for instance, designed to give almost 360-degree vision. Instead of the usual two front A-pillars, here we have four, giving a wrap-around effect that not only looks good but also improves front visibility and crash protection. It all contributes to a very light and airy interior feel you can further emphasise by getting yourself an example fitted with what is probably one of the largest panoramic glass roofs in modern production, though that will slightly impinge on headroom in the back. Just as well then, that this was pretty good to start with, as indeed is the legroom on offer. This is something you can further improve by using the back and forth sliding seat adjustability, providing you don't mind impinging upon rear luggage space. The design team set out to shoehorn as much space as possible into as small a roadgoing footprint as they could get away with - and the result's impressive. There's almost nothing else on the market this compact that comfortably accommodates three adults across the back seat in the way that this Fiat can. And we do mean 'comfortably'. The individual seats are eight-way adjustable and recline for greater comfort on longer journeys. But of course in a car of such compact dimensions, you'll never be able to satisfy everyone all of the time. Give rear seat folk all the room they need and out back, you'll find yourself with a 343-litre boot not quite as big as that of some sector rivals, Citroen's C3 Picasso for instance. If however, you're able to push the rear bench right forward on its runners, then the 400-litre space this'll free up is segment-leading - and 50-litres bigger than that of, say, a Volkswagen Golf. Enough for up to five suitcases or a full-sized pushchair, as long as you don't mind lumping them over the fairly high loading lip. You can also make good use of the room you have thanks to the standard fitment of what Fiat calls the 'Cargo Magic Space' system that enables objects to be properly separated in the boot, so that fragile can be kept away from heavy, clean from dirty and wet from dry. There's also a three-way adjustable boot floor and a neat 'Fold&Tumble' function for any seat folding you do need to do, freeing up a completely flat 1,310-litres of carriage space. You can go further still by folding the front passenger seat, which will enables you to transport objects of up to 2.4m in length. Small wonder then, that this car boasts up to 1,500 potential seating and loading configurations, enough to suit the vast majority of likely people and packaging permutations. What often matters more though, in a family car of this kind, is its flexibility in carrying smaller items, clutter that in this case you can distribute across 22 handy compartments designed to hold everything from mobile 'phones to water bottles and an umbrella. All evidence of the kind of thoughtful design you really appreciate behind the chunky, leather-trimmed wheel with its built in stereo controls. Here, a high set driving position sets you in front of a neat four-dial instrument binnacle and a conventional dash layout that's less characterful but arguably more practical than that of a standard 500 citycar.

Our 500L ownership survey revealed more satisfied owners than we expected but there were still a few niggles. As in other Fiats, the auto gearbox doesn't get very favourable reviews, so try bfore you buy. We also came across issues relating to the radio, the stop start system and even the handbrake. Look out for potential issues with all of these things on your test drive. Check for upholstery damage caused by child seats in the back, typical supermarket dints and scrapes, slipping clutches on the manual cars and ensure all the electrical functions - which can get surprisingly sophisticated on up-spec models - work as advertised as these can be expensive to fix. The 500L isn't bad on consumables like brake pads and most people should be able to park it without nerfing the extremities.

Potential 500L owners will come to this Fiat knowing it to be a more grown-up car than its citycar stablemate. They'll know that it won't be quite the same to drive. But that won't stop some of them being slightly disappointed when that turns out to be true behind the wheel. Little of the responsive, terrier-like handling that marks out a standard little 500 has made it here. Having said that, by the more modest dynamic standards of the small people carrying sector, this Italian entry is an enjoyable enough thing to punt around and what it lacks in agility, it makes up for with more mature virtues. The ride's a lot better for a start, still on the firm side for an MPV but smooth enough through city potholes. It's quieter too. And this car's much easier to see out of thanks to the higher seating position, the much greater glass area and something that you'll really appreciate at junctions: a clever A-pillar/front quarterlight design offering the same kind of curved windscreen look that characterised this car's spiritual predecessor, the Multipla model of the 1950s. It all adds to an urban confidence encouraged by the light lock-to-lock steering. A car you might enjoy on the school run. If not quite so much pushing on beyond the city limits. Here, you might wish that the steering offered you a little more feedback, a pity because in other respects, this is one of the more dynamically able five-seat mini-MPVs on the market, with well controlled body roll and a range of willing, torquey engines. Well, most of them are willing and torquey anyway. You couldn't really say that of the entry-level petrol unit, a 95bhp petrol 1.4 that's one of Fiat's older efforts and which, thanks to limited pulling power, doesn't really feel as fast as the performance stats suggest (rest to 62mph in 12.8s on the way to 111mph). Better then, if possible, to find the funds to stretch to one of the other engine options. Two of these offer you 105bhp - the minority choice 1.6-litre Multijet diesel and the frugal but rather noisy 0.9-litre two cylinder TwinAir petrol unit that's proved so popular in the 500 citycar. In both cases, 62mph is 11 to 12 seconds away en route to 112mph. Our council though, would in preference be to choose the 85bhp 1.3-litre Multijet diesel. Yes we know, eighty five braked horses don't sound very many to push along a 1.3-tonne people carrier, a supposition apparently confirmed on paper by a 14.9s 0-62mph time on the way to just 102mph. But with 200Nm of torque, 35% more than the TwinAir petrol unit can muster, this little unit feels perkier than those figures suggest, with a gruff note under acceleration that quietens down on a motorway cruise. And, though its slick-shifting manual gearbox lacks the extra 6th speed offered elsewhere in the range, this is the only 500L engine that can also be had mated to automatic transmission.

So, a compact MPV based on the underpinnings of a small family runabout. Nothing new there. Unless you apply fashionable thinking to the purchase of such a thing - in which case, this Fiat 500L is refreshingly different indeed. It's certainly different from the 500 citycar we all know - but then of course, to suit the intended family role, it had to be. Not everyone will like the styling approach necessary to achieve this but it's surely one that sets it apart from rivals. A unique look, just as every 500 should have. Fun, cheeky and cool, this Fiat claims to suit the sort of people looking for a car to be an extension of their personality: a car that reflects their passion for life. We're not sure if any compact people carrier can really do all that but of all those available, there's little doubt that this 500L is the one that gets closest to hitting the mark. To being a sensible family car you can really feel good about.