"Usman was outstanding. A pleasure to deal with."
Mr Daniel Espinoza
96% Customer Satisfaction 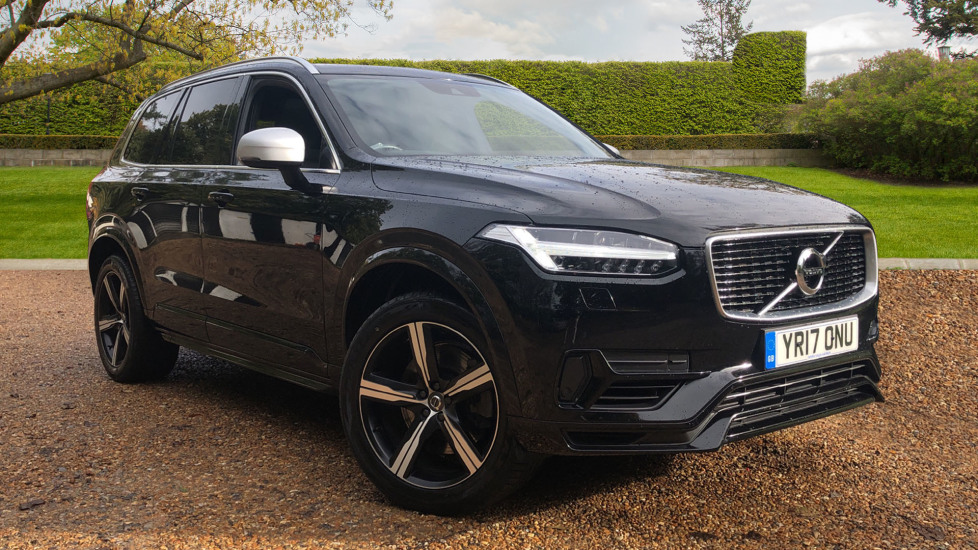 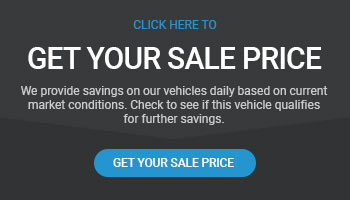 If you require more than 5 seats and drive in the city regularly then you can't go wrong with this XC90 T8 Hybrid R Design. Finished in Onyx Black it looks as great as it drives!

Volvo's second generation XC90 was worth the wait, a seven-seat luxury SUV that gave key rivals like Audi's Q7 and the Land Rover Discovery a lot to think about. Safe, efficient, clever, practical and stylish, it re-established the Swedish maker as a credibly prestigious automotive brand. And it makes a great used buy in its pre-facelift 2014-2018-era guise.

Back in 2014, Volvo launched the second generation XC90, a family-sized luxury seven-seat SUV for a very different world. For the Swedish manufacturer, this wasn't just a new car: it represented an entirely new way of thinking. Chinese conglomerate Geely paid $1.3 billion to buy the brand from Ford in 2010, after which they invested nearly ten times that amount to re-establish it as a credible independent force in the automotive industry. With this MK2 XC90, buyers saw the first fruits of that capital injection, this model being the first of the company's modern-era designs to feature the newly-develop Scalable Product Architecture platform that has since featured on all of the company's cars. Absolutely everything about this car was fundamentally new at launch and was engineered to set fresh class standards. On top of that, there's the sort of proper full-sized seven-seat versatility that few rivals can credibly offer and the kind of cool, authentic Scandinavian charm that back in 2014, we hadn't really seen from a new Volvo in a very long time. The original version of this MK2 XC90 was significantly updated in Spring 2019, but it's the pre-facelift version we look at here as a used buy.

The look of this second generation XC90, according to its exterior design manager Anders Gunnarson, needed to be 'timeless'. This car's a little longer than the previous version - and a little wider too - but that's been carefully disguised as part of a design brief to make the shape look as compact as possible. So many large luxury SUVs appear bulky and intimidating: this isn't one of them. Take a seat up-front and it really is very nice indeed, the work of Volvo's British interior design director Robin Page. He's created a cabin that's simple, elegant - and very uncluttered, with only eight buttons on the fascia. The remaining functions you'd normally access through confusing rows of little switches on the dash have been relocated into menu options that lie behind the big, easy-to-use icons you'll find on a smart infotainment colour touchscreen that's presented portrait-style on the centre console, like the system you'll find in a Tesla Model S. We like the technical niceties too: the CleanZone interior air quality system for example. This automatically switches to recirculation mode if outside conditions change - say in a polluted city centre or when you enter a smoky tunnel. The 360-degree parking camera system is another nice-to-have feature, including a rear camera you'll want because over-the-shoulder visibility isn't all that great. Your middle row passengers are well catered for, with individual seats that slide and recline for greater comfort on longer journeys. And you get proper seven-seat functionality. Third row seating in a car of this class tends to be designed only for children but here, Volvo has created rearmost pews suitable for anyone up to 5ft 7-inches in height. Getting to the back row takes a bit of muscular dexterity, but once you're installed, it is, as promised, surprisingly comfortable in the very back. The chairs themselves are exactly the same as those in the middle, so you're not fobbed off with the kind of fold-out occasional seats you get in some rivals. And they're positioned in so-called 'theatre-style', slightly raised and set inwards to offer a better view in your direction of travel. As for the boot space on offer, well that's inevitably going to be a little restricted with all seven seats in place, though even in this configuration, you still get 397-litres of luggage space. Most of the time though of course, you'll probably be running the car with the third row chairs folded down, the retracting process much easier than the back-breakingly fumbly machinations you have to go through in a rival Land Rover Discovery to achieve the same end result. Once that's completed, there's a lot of room to play with, 775-litres if you load to the window line and as much as 1,102-litres if you load to the roof.

Most of the XC90 owners we surveyed were very happy with their cars - but inevitably there were a few issues. One owner had problems with a leaking panoramic sunroof. Another had issues with the air suspension, the parking sensors and the stop/start system, so check that all these features work properly on your test drive. Quite a few electrical and software issues were reported too, so go thoroughly over all the powered and infotainment functions of the car you're looking at. It's unlikely the XC90 will have been used arduously off road, but check the underside just in case. The big alloy wheels are very susceptible to kerbing. The T5 and D5 models have quite an appetite for front tyres so check there's some life left in the rubber. As usual, check the alloys for kerb scuffing and the rear of the cabin and the boot for damage caused by unruly kids or awkwardly-shaped luggage.

When it comes to handling dynamics, large luxury SUVs from this period aren't too easy to pigeon-hole. There are still some cars in this class from this time that are better on road (think BMW X5) and others that are better off it (think Land Rover Discovery) but the differences aren't as sharp as they used to be. What we can say is that in our opinion, a Volvo XC90 gives you the best compromise between these virtues and in second generation guise, wraps it up in a rewarding overall package that in this MK2 model form is based solely around the use of 2.0-litre four cylinder power. Volvo reckons this to be the optimum recipe for efficient performance and backs up its thinking by delivering three impressive engines using that configuration in this car, all of which are mated to on-demand 4WD and an eight-speed automatic gearbox. Most original buyers opted for the volume 225bhp twin turbo D5 diesel variant. Alternatively, there's petrol power courtesy of an engine using both turbocharging and supercharging to develop 320bhp. That unit's offered in standard form in the conventional petrol T6 model. Or you can get it mated to an 87bhp electric motor in the clever T8 Twin Engine petrol/electric Plug-in hybrid version, a car that mates 400bhp performance with supermini-style running costs. The two conventional variants will be more rewarding to use if you get a car with the 'Drive Modes Settings' system fitted, which alters throttle, steering and gearshift timings to suit the way you want to drive. The optional air suspension we'd also recommend functions through the same set-up and improves low-speed ride. Whatever spec you choose, there's as much off-road prowess as most owners will want and tarmac handling is assured, crisp and responsive for this class of car.

This second generation XC90, the first of the brand's modern-era SPA architecture cars, marked a return to Swedish charisma and an emphasis on all the things that the Gothenburg brand does best - cool restrained style, real-world practicality and class-leading safety. To be specific, this is a large luxury SUV with a look and feel that's refreshingly different to that on offer from obvious rivals. A car that'll seat seven adults more comfortably than any other in its segment. And a model that in terms of crash protection, takes its responsibility for your family's safety to a whole new level. This XC90 boasts other important attributes too. The brand's chosen four cylinder 2.0-litre 'Drive-E' engine formula offers everything you need and nothing you don't in this class of car. As a result, if you're looking at a conventional variant like the D5 diesel model that most original buyers chose, you'll find no other AWD rival from this era that's more efficient. Opt instead for the top T8 Twin Engine plug-in hybrid version and, as we've said, you'll get yourself the world's cleanest and most powerful SUV from this period. Of course, this Volvo's not perfect. There are still sharper-handling choices and more capable off roaders in this sector from this period. In balancing these virtues though, this XC90 set its own class standard and in doing so, established a family benchmark amongst luxury SUVs that rival of its time struggled to match. Company founders Assar Gabrielsson and Gustaf Larson would have liked this car. More importantly though, if you're shopping in this segment, we think you will too.