This vehicle is currently in stock at Maidstone Suzuki, Honda and Mazda and can be purchased from Mazda Northampton Motors. 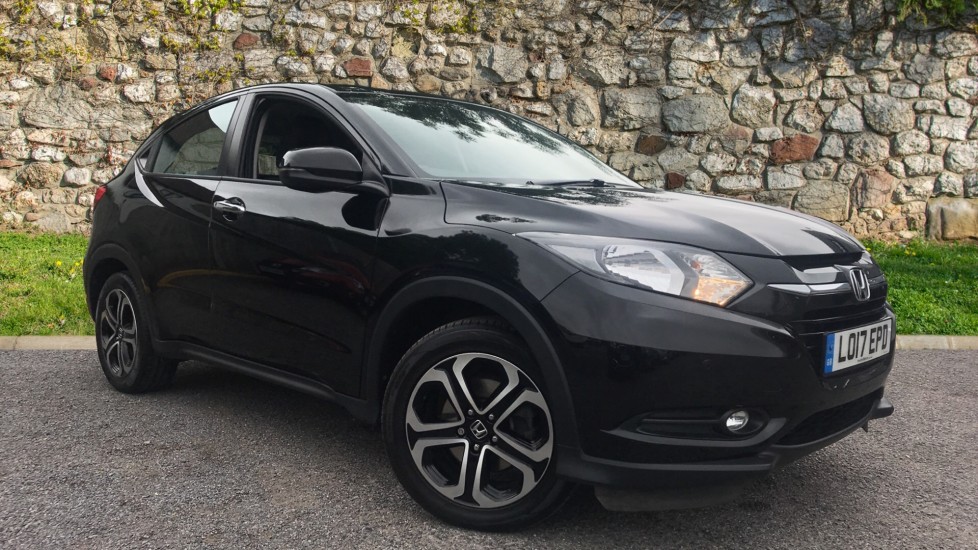 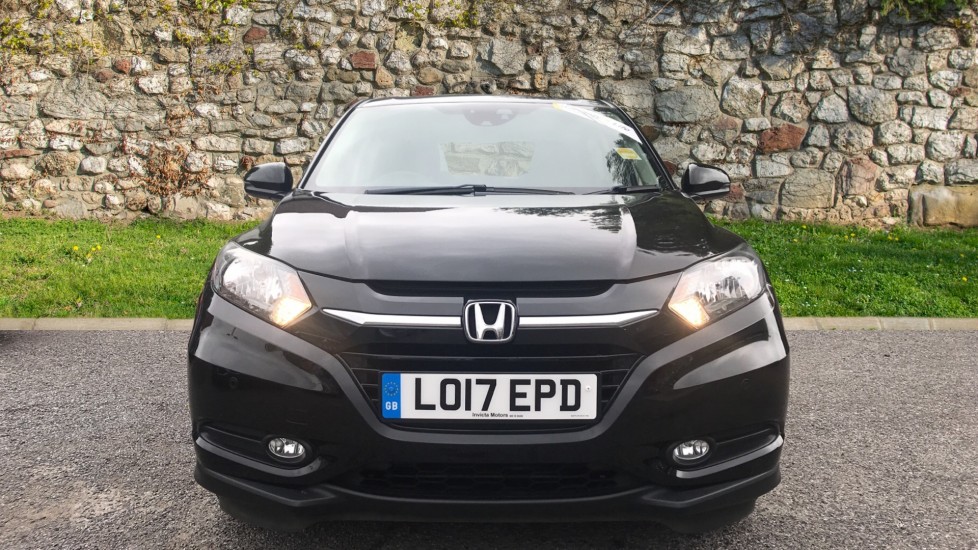 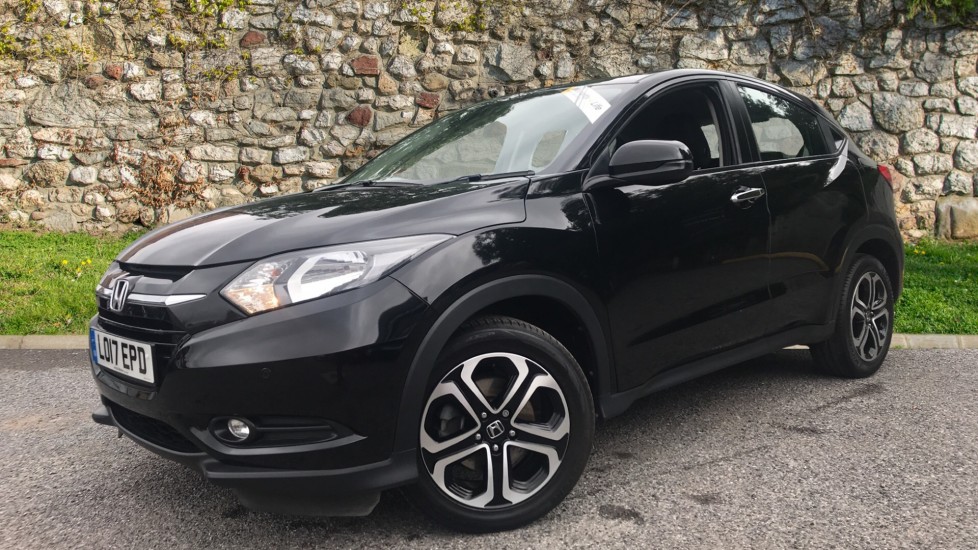 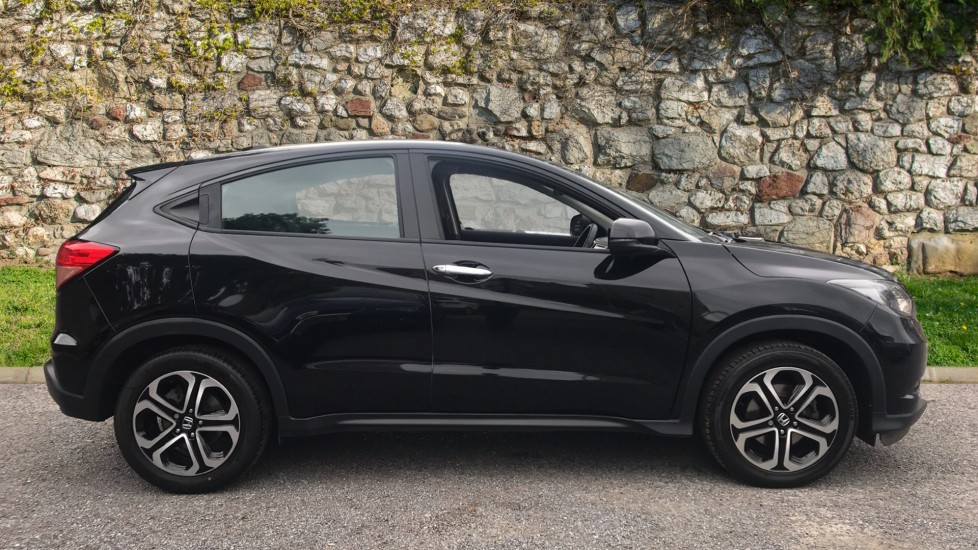 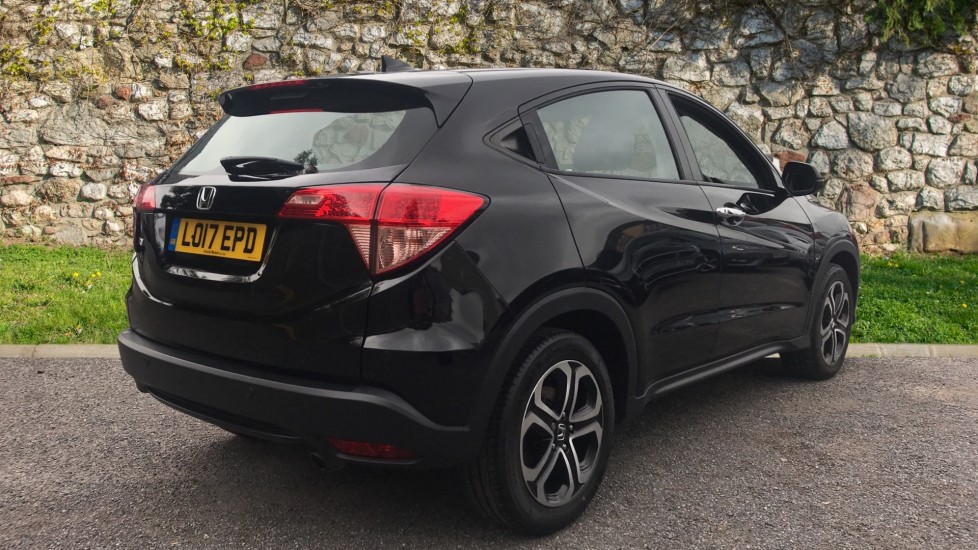 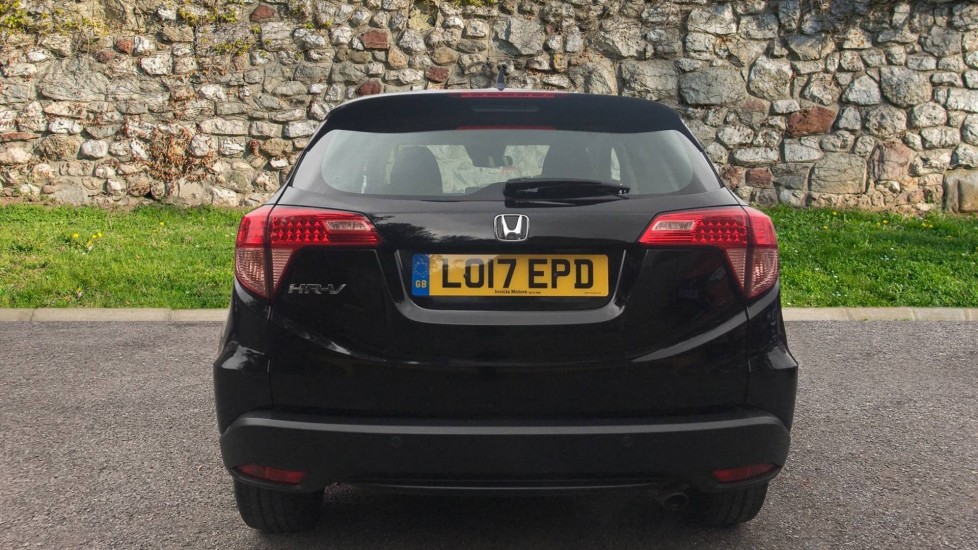 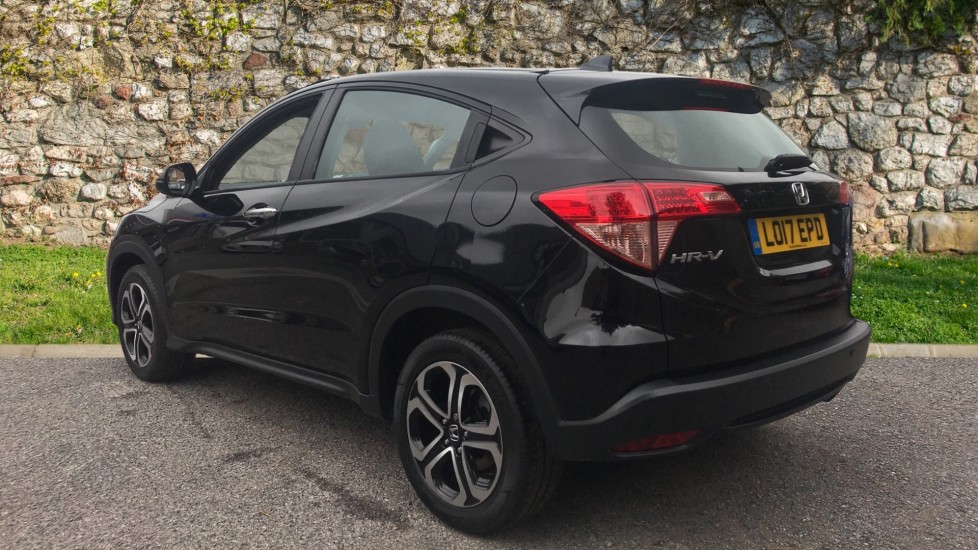 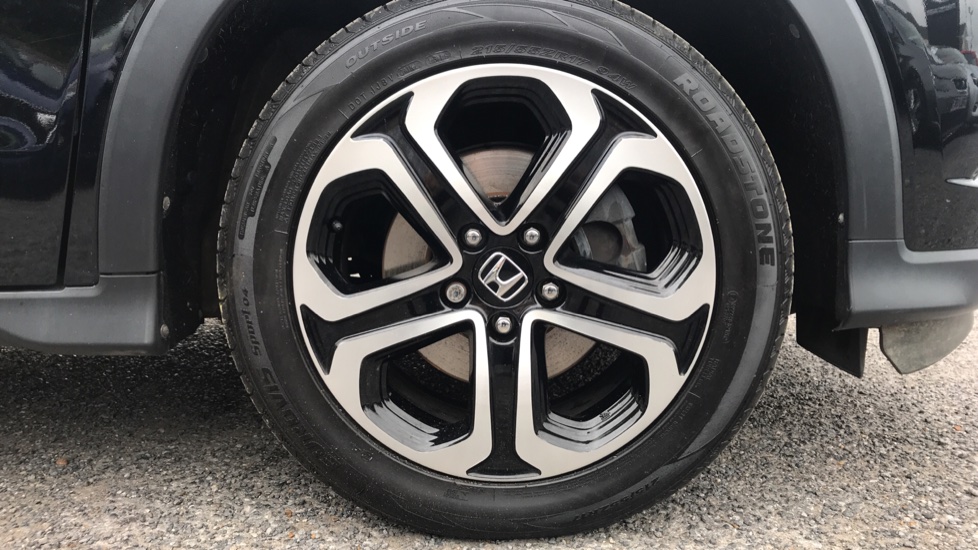 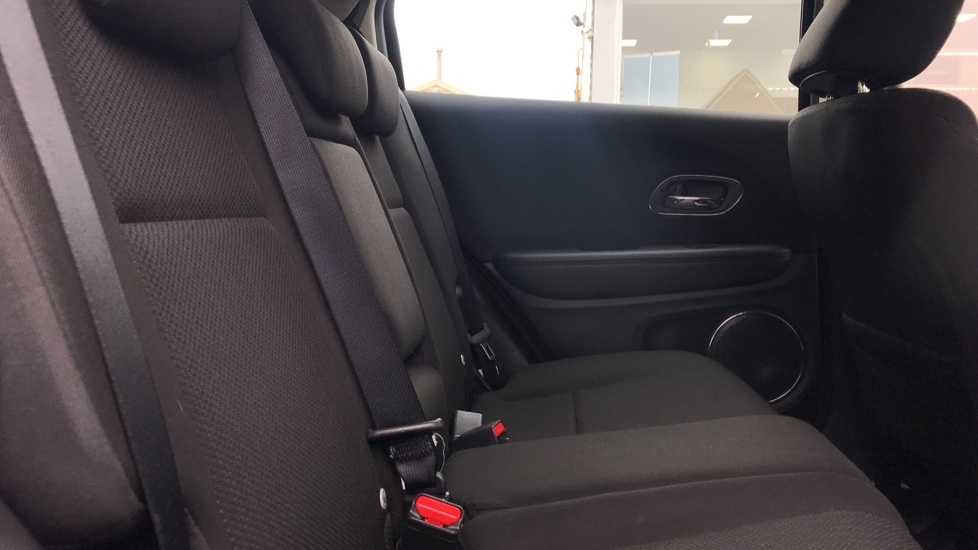 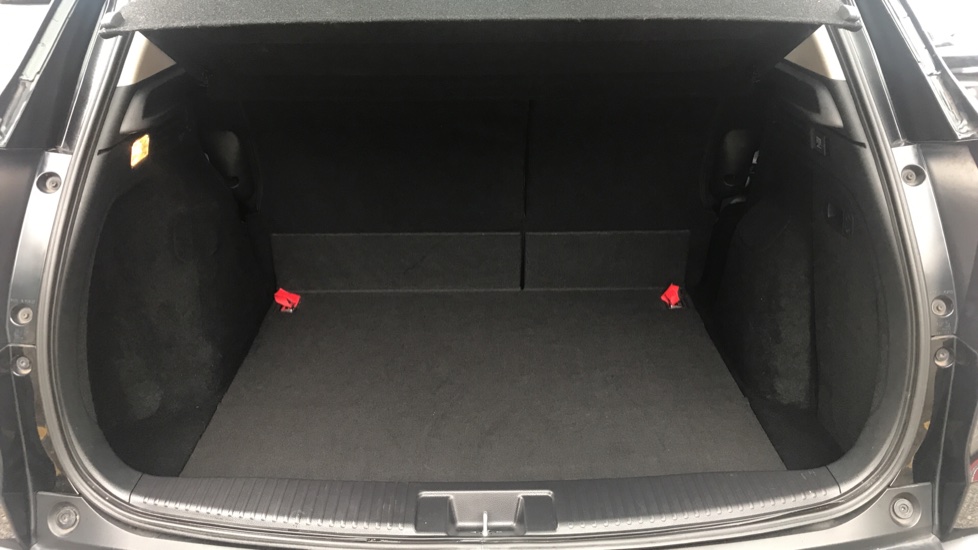 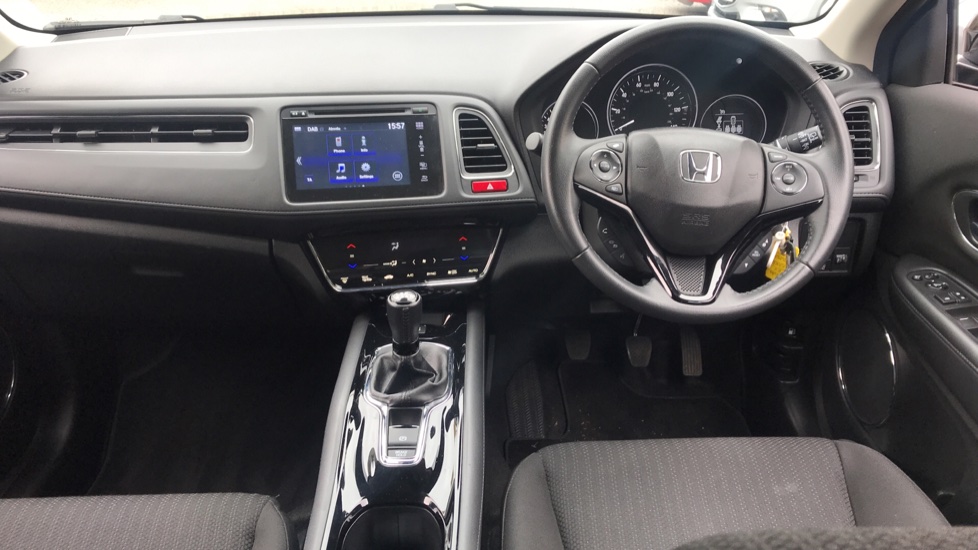 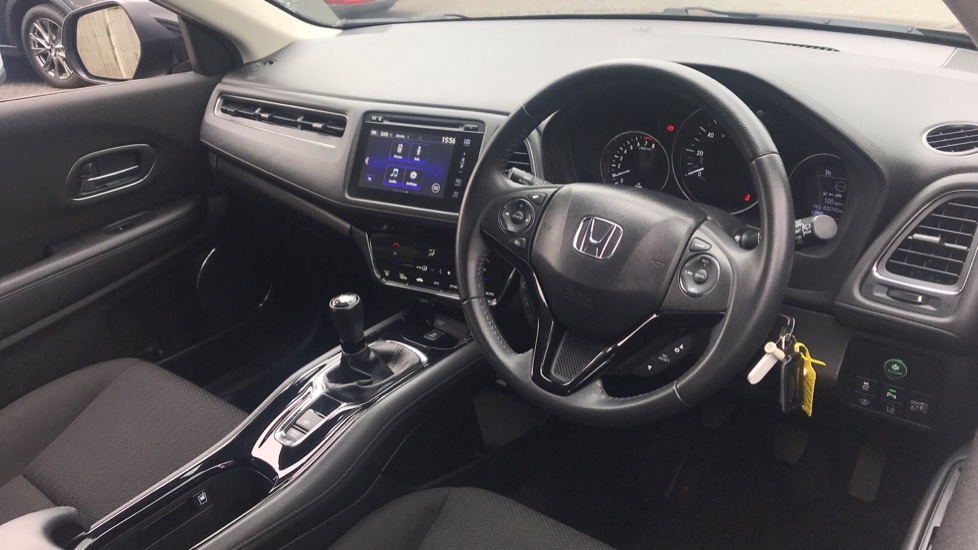 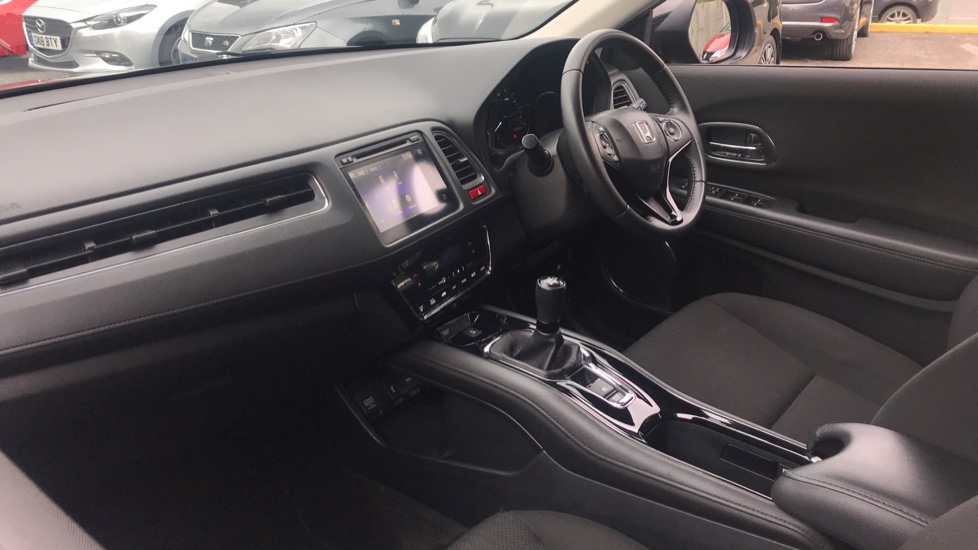 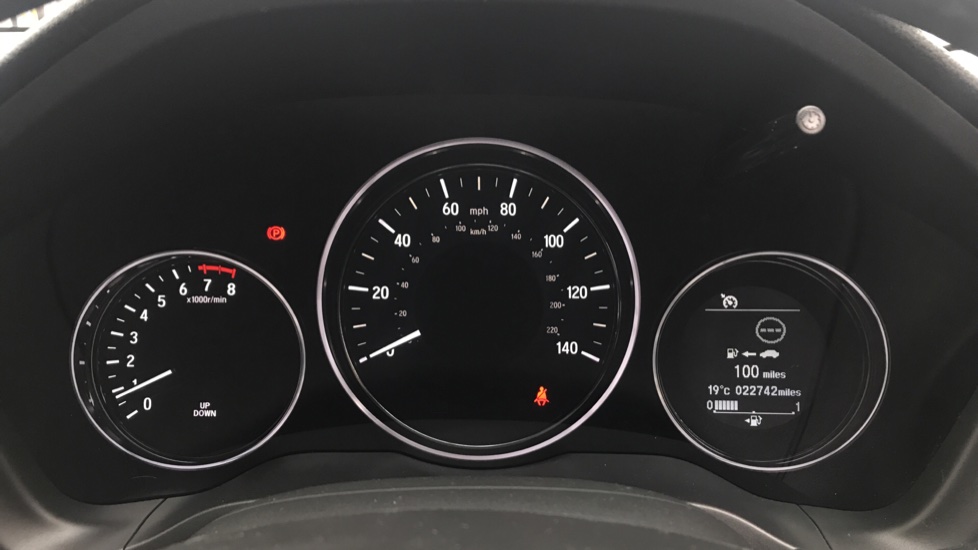 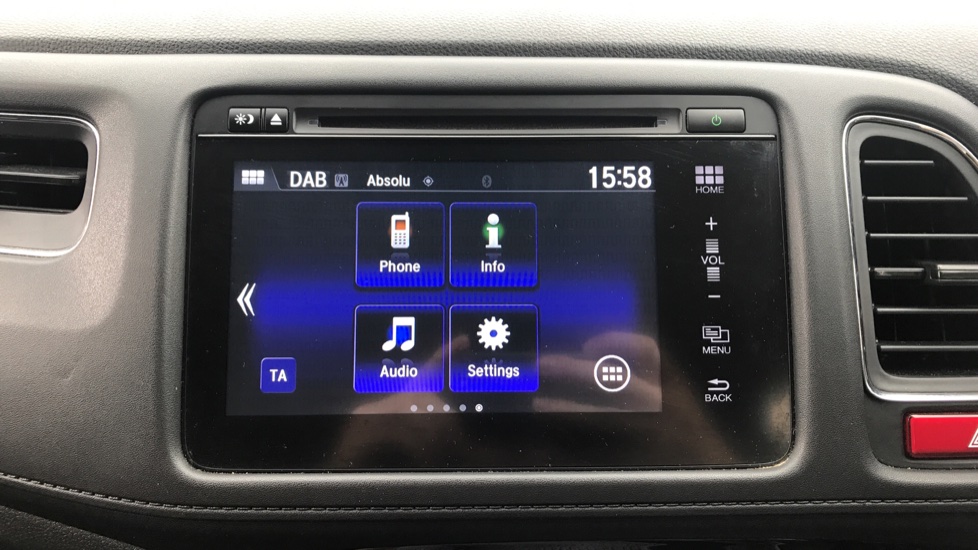 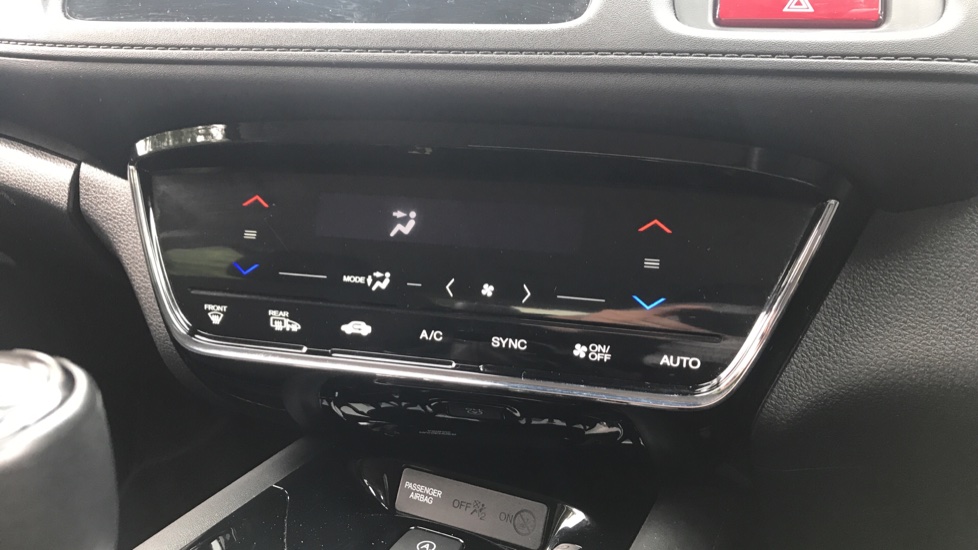 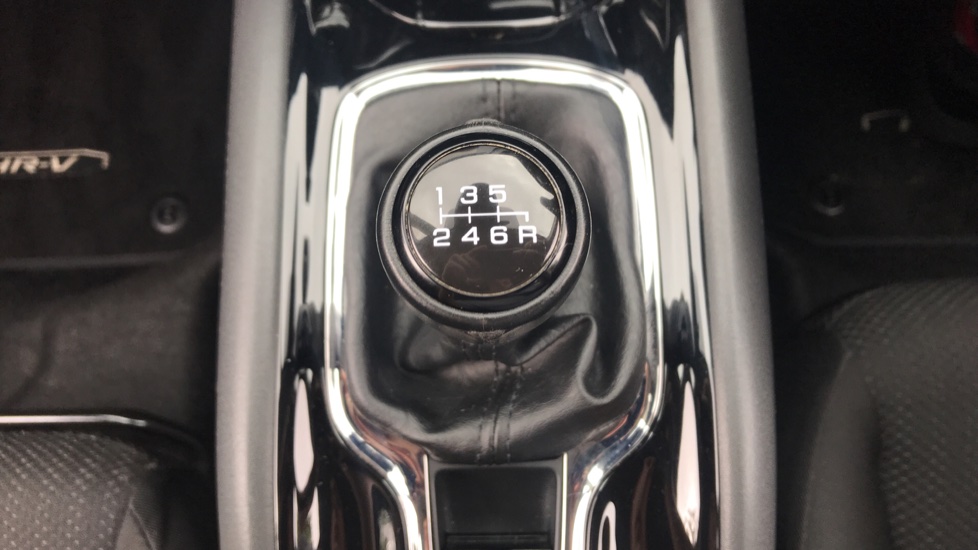 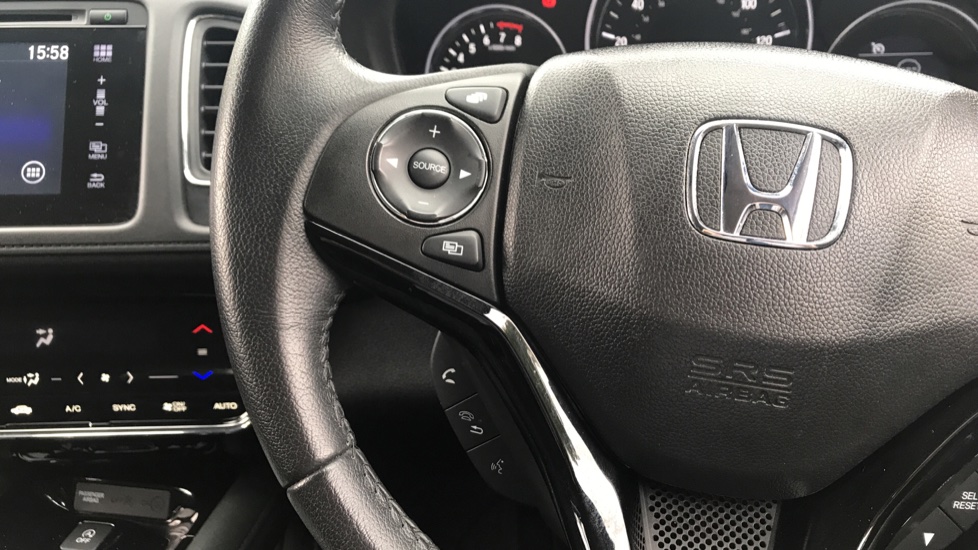 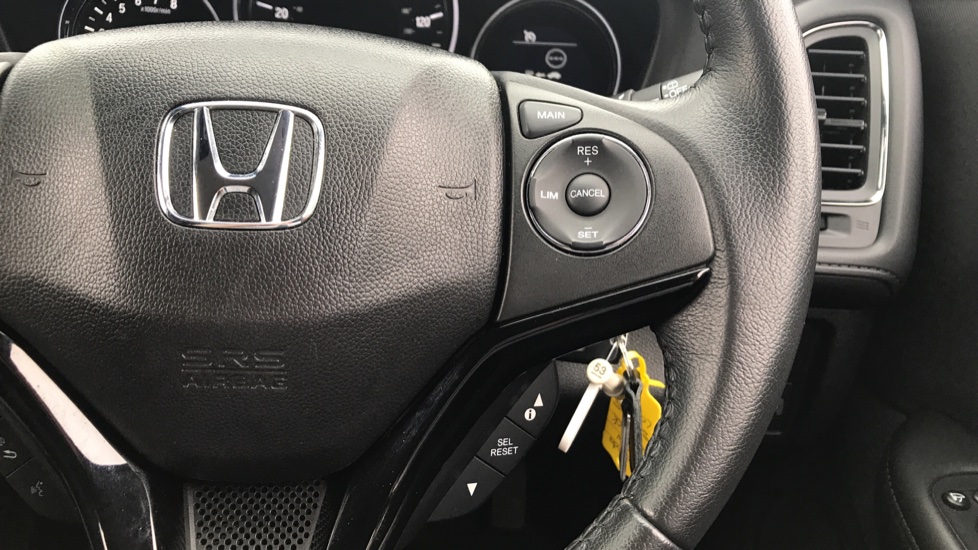 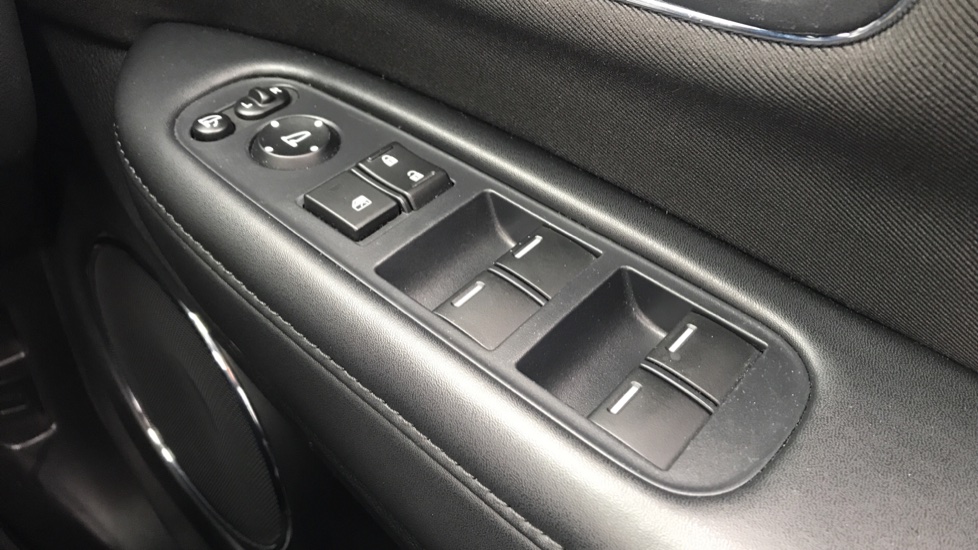 Having given other brands the original idea for compact SUV motoring at the turn of the century, Honda waited until 2015 to introduce a more modern interpretation of what a car of this kind should be - this second generation HR-V model. It aimed at the premium end of the Nissan Juke and Renault Captur class, offering smart looks, impressive safety credentials and the choice of petrol or diesel power. Buyers also got a brilliantly practical interior thanks to so-called 'Magic Seat' ingenuity and a slightly larger body shape than is the norm in this sector. If you're shopping for a used car in this segment and you're prepared to stretch your budget a little, we think you'd probably like one. Here, we're going to focus on the pre-facelift 2015-2018 versions of this car.

The HR-V is the model that should have started the current seemingly insatiable craze for small Crossovers. The original version was launched in 1999 but didn't have either the marketing, the peppy handling or the visual pizzazz that would characterise the segment-defining Nissan Juke at its launch eleven years later. That original HR-V - marketing as 'the Joy Machine' - was withdrawn from Honda's range in 2006 and, amazingly, not replaced. It was a wasted opportunity. Still, the brand learnt from it, with proof of that delivered a decade later with the launch of this second generation version in the Summer of 2015. This MK2 model was initially a rare sight on our roads, with numbers limited by the Mexican factory's priority to satisfy the American market. It was based on much more sophisticated underpinnings in MK2 form, those of Honda's third generation Jazz. Unlike that supermini, there was the option of diesel power too - though not 4WD. Finally, and possibly most significantly, this car was very cleverly sized, offering most of the interior space buyers could expect from a family hatch-based SUV like Nissan's Qashqai but at the same time, the cute looks and nippy manoeuvrability they'd want from the more compact Juke-style SUV models this Honda primarily competed with. Add in a cleverly versatile 'Magic Seat' interior, cutting edge infotainment and class-leading residuals and the result was an appealing package, even at the kind of premium prices being asked from new. This MK2 HR-V sold steadily until the Spring of 2019, when it was facelifted; it's the pre-facelifted 2015-2018 versions of this car though, that we look at here.

Honda wanted this second generation HR-V to have more universal appeal than its slightly quirkier predecessor, the idea with this MK2 version being to reach a wider cross-section of buyers. If you like the idea of a small but quite spacious SUV model, but find a Nissan Juke too wilfully outlandish, a Peugeot 2008 rather bland and a Jeep Renegade rather ugly, then this, perhaps, could be your car. The so-called 'coupe-like SUV' looks are stylish enough to stand out, without making a statement likely to offend anyone. Up front, thanks to plenty of adjustment for both seat and wheel, it's easy to get comfortable and once you are, you'll be positioned about 100mm higher up than you would be in an ordinary comparably-priced family hatch. It's certainly very nice in a top 'EX'-spec leather-trimmed version, but even on cheaper variants, soft-touch surfaces accented with brushed chrome highlights, piano black finishing and subtle stitching lines do their best to provide a premium feel. In the rear, you'll find that the HR-V is one of the most spacious models in the compact SUV segment. What really marks this HR-V apart from its contemporaries though, is the packaging brilliance of its so-called 'Magic Seat' system, made possible by this Honda's centre-mounted fuel tank layout. This liberates the floor of the cabin and allows all kinds of interior permutations. Let's take just one of them, the 'Magic Seat' 'Tall mode' where the front of the rear seat base rises up and can be locked in a vertical position to leave a cargo height of 1,240mm from floor to ceiling, allowing the object in question to be placed behind the front seats. It's ideal for tall, fragile items - maybe a small potted tree you've bought from the garden centre; or perhaps a bulky item of electrical equipment. The other two 'Magic Seat' settings relate to more conventional cargo configurations. Raise the rear hatch and you'll note the wide cargo opening and low loading lip that pave the way towards a spacious 470-litre boot.

A number of things came out of our HR-V ownership survey. First, build quality from the Mexican factory isn't always great, so check for slightly wobbly fixtures and fittings, plus various creaks and rattles. We've come across reports of poorly fitted body panels too - and corroding side steps and delaminating roof bars. There have been electric sensor issues too, so examine all the car's various electrical features and make sure the infotainment system works as it should; there have been reported issues with that too. One owner needed to replace the clutch after 10 months, so check the gear shift action. We also came across reports of an engine management fault. Otherwise, it's just the usual things; check the alloys for parking scuffs, the interior for signs of child damage and insist on a full service history.

Right from the off, you have a feeling that this might be one of the better compact small SUVs to punt along. This is helped a little by the fact that you don't get an especially lofty driving position, even though Honda insists that your eye line in an HR-V is 100mm higher up than it would be in a Civic or a Jazz. That's annoying from an all-round visibility point of view but it does make you feel a bit happier about throwing the car into a bend. Do that and you'll find a surprisingly high degree of traction on offer, even though this car doesn't have the traction-enhancing 'Agile Handling Assist' system that the brand fits to its other compact models. Inevitably, there's more bodyroll than you'd get in an ordinary hatchback, but it's decently controlled and predictable. HR-V buyers get two engine options, with petrol people offered a 130PS 1.5-litre i-VTEC petrol unit mated either to a sweet-shifting six-speed manual transmission or a belt-driven CVT automatic gearbox. Alternatively there's a diesel version, which gets the excellent 1.6-litre i-DTEC powerplant borrowed from Honda's Civic family hatch. This gives you slightly less total power - 120PS - but nearly twice as much torque, so much less cog-swapping is needed during rapid progress. The diesel unit's also impressively clean and frugal, managing 74.3mpg on the combined cycle and 104g/km of CO2.

There are so many compact SUV models now available on the used market that you wonder whether any of them can really offer anything different. Refreshingly, this HR-V does. It's a touch more spacious than other cars in this class, with superior practicality you can really make the most of thanks to the brilliantly flexible 'Magic Seat' system that offers MPV-style interior flexibility. Alongside sophisticated design and class-leading safety, this set-up aims to justify premium pricing and if for you it does, then there's plenty else to like about this Honda. Essentially, this second generation HR-V is everything its predecessor should have been, attractive, refined - and efficient too, courtesy of the diesel engine option the MK1 model ought to have had but never got. That car was very much about style over substance. Here, in contrast, buyers are offered a much more complete product. It will appeal to those in search of the cleverest and classiest car of this kind from its era. For these people, this car will, in Honda's own words, be 'precisely, pleasingly perfect'.