"Tai at Invicta in Ashford was so good. I am a returning customer."
Mrs Sonette Schwartz
96% Customer Satisfaction

This vehicle is currently in stock at Warrington Motors Fiat, Peugeot and Vauxhall and can be purchased from Mazda Northampton Motors. 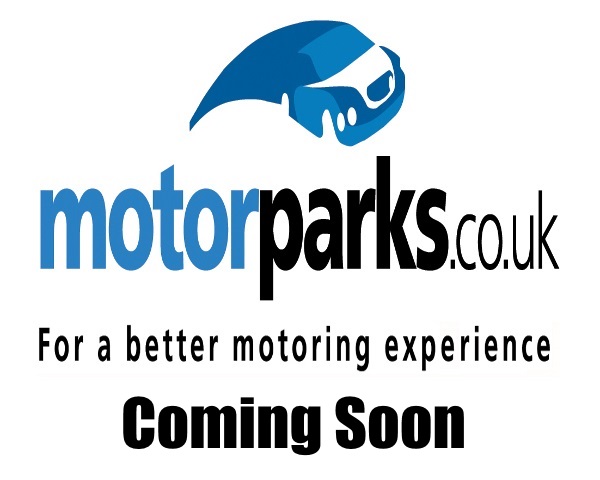 Renault's little Captur Crossover model showed the French company getting back to its imaginative best with a Clio-based design offering super-economical engines, some genuinely clever interior touches and no small dose of style. On the used market, it's a little SUV that'll appeal to supermini buyers wanting extra versatility as well as family hatchback customers in search of something more interesting and affordable.

You can't fault the thinking behind the modern Crossover, a class of car that aims to blend the versatility of a people carrying MPV, the attitude of a high-riding SUV and the sharp driving dynamics of a family hatchback. It's a segment that's long been divided into a couple of sectors, the larger one typified by cars like Nissan's Qashqai and Peugeot's 3008 and based on Focus-sized models. The real sales growth though, is coming from smaller-sized supermini-based Crossovers, cars that have built on the original success of Nissan's pioneering Juke and are now a hot ticket for almost every mainstream brand. Here's one of the most tempting - Renault's Captur, launched in 2013. Renault likes to think of itself as being an innovative manufacturer - which in some respects isn't actually quite true. Modern history records that when this Gallic maker has tried to do something genuinely innovative, the result has usually fallen flat. Think Avantime, Vel Satis, Clio V6 and so on. Where Renault really does tend to strike gold though, is by taking existing vehicle genres, then refining them and adding style and substance. The company's Renaultsport hot hatches are one example of this. Their award-winning MPVs are another. In both cases, the French brand borrowed from other companies' pioneering ideas but packaged the products so well they became bywords for excellence in their segments. It did the same with the Captur, a small Crossover vehicle based on the Clio supermini and priced to sell at the affordable end of this segment. Renault might have been late to this particular party but as usual, the company was able to take a clever concept and refine it to better suit the needs of modern buyers. In this case, that meant lots of versatility and buyer personalisation along with class-leading running costs and a decently responsive driving experience. The result was good enough to make this Captur Renault's second best seller in its period. The car was substantially updated in mid-2017, but it's the earlier pre-facelifted model we look at here as a potential used buy.

Captur models have a good reliability record but customer satisfaction surveys show the Renault still has some way to go to approach the class best when it comes to reliability of electronics and servicing costs. In our ownership survey, most buyers seemed pretty satisfied but inevitably, there were a few issues raised that you'd do well to look out for when inspecting used examples. One owner experienced brake and accelerator sensor problems and found that when the parking sensors were in use, power was cut off. Another buyer had issues with the keyless entry system occasionally locking him out of the car. Sometimes the ignition slot doesn't read the card key either. There have been a number of instances of faults with the factory-fit alarm. There have also been issues with Bluetooth streaming and voice recognition from the infotainment system, so check that thoroughly too. Otherwise, just look out for the usual things; kerbed alloys and damage caused to interior plastics by unruly children. Make sure that the service book is fully stamped up by a franchised dealer too.

So what's it like? Set off on your first drive and if you're used to a supermini, the more commanding driving position will be welcome - unless you're the kind of enthusiastic owner who realises that with extra ride height, you usually also get extra body roll through the bends. Renault appreciates this too, which is why the Captur features a 'Roll Movement Intervention' system, supposed to stop the body pitching about through sharp corners. It also gets stiffer springs and dampers, which deliver an inevitably more pronounced feel to low speed bumps, though to be fair, the ride does more comfortably settle down on faster flowing roads. Through the bends, these anti-roll measures can only do so much - there is a little more body movement than you'd get in a conventional small car - but you won't really notice it unless you're throwing the thing around in a manner most typical Captur owners are unlikely to regularly countenance. Should however, you be running late for the school play or have left something burning in the oven and find yourself pressing on a bit, you might notice that turn-in is actually quite sharp, thanks not only to the firm set-up but also to what Renault calls an 'understeer control' system that lightly brakes the inside front wheel through tight bends, sharpening turn-in and ensuring that all the power gets onto the tarmac. Under the bonnet, almost all Captur owners will find 90bhp beneath their right foot - unless they're amongst the tiny minority who've opted for the 120bhp 1.2-litre TCe petrol model that's offered only with a twin clutch 6-speed EDC automatic gearbox. The other alternative is a 1.5-litre dCi diesel, available with either 90 or 110bhp. In the 90bhp variant most will want, rest to 62mph takes around 13s on the way to a top speed of 106mph. On paper, that's the same kind of pace you can expect from the mainstream petrol option, the three cylinder 0.9-litre TCe 90 unit: in practice, because that TCe engine gives you over 50% less pulling power than this dCi diesel, it is as usual the black pump option that'll feel the quicker day-to-day tool. Don't get any designs on off-roading though. The Captur's not really into all that. You only need to look at how snugly the wheels fit into the arches to figure that out. There's no 4WD option - the platform this car rides upon wasn't designed to take it. In compensation, we'd expected that the engineers behind this car might have added in the kind of 'grip control' system you'd find on something like a Peugeot 2008 so that you can maximise front wheel traction on slippery surfaces. But Renault didn't bother with that, instead equipping the Captur with something that'll probably be of much more use on poor surfaces: decent ground clearance. With 200mm of ride height (the Peugeot, in contrast, has only 165mm), you'd be able to get a surprisingly long way on muddy tracks in this car if you equipped it with a proper set of winter tyres.

Passionate and practical, the Captur is an endearing thing. Of course, there's always a danger with this class of car that in its mix of SUV, MPV and family hatch, you end up with a confection lacking the core strengths inherent in any of these three genres. Broadly speaking, this is a trap Renault avoided here - provided your expectations in each of these areas aren't too great. It doesn't have 4WD, you can only just carry five people and you won't want to drive it on its door handles. None of which will bother most buyers at the smaller end of the Crossover segment one jot. They'll love personalised feel - and trendy touches like the removable seat covers and the clever apps you can download through the R-Link infotainment system. At which point, class-leading running costs and versatile features like the sliding rear bench and the double-sided boot floor will come as a welcome bonus. True, this Captur faces competition from a band of very talented rivals. But it's a model you must consider before buying any one of them. A cleverer Crossover. If you really want a car of this kind, then you'll really want to try it.