"A special and very enjoyable experience. I should have done this years ago!"
Mr Richard Noble
96% Customer Satisfaction

This vehicle is currently in stock at Ford Canterbury and can be purchased from Volvo Horsham. 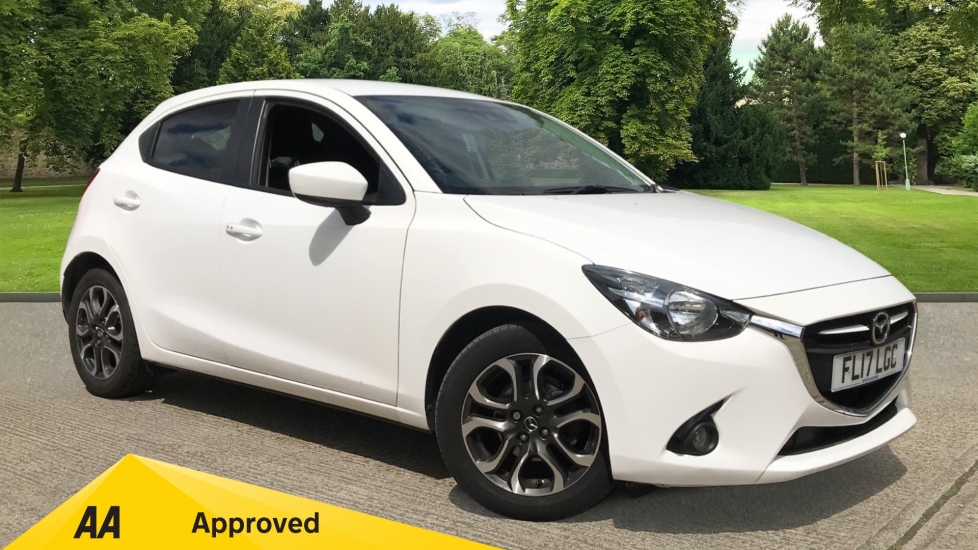 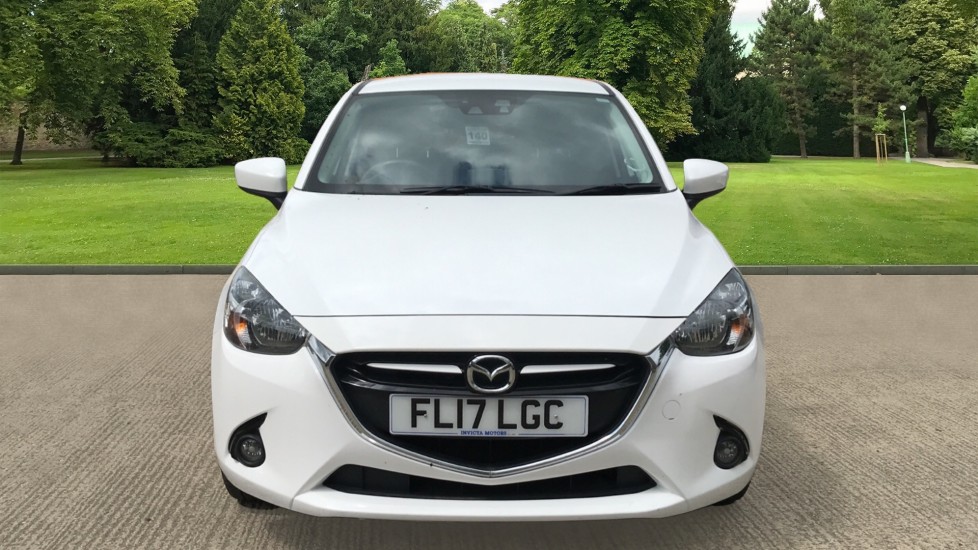 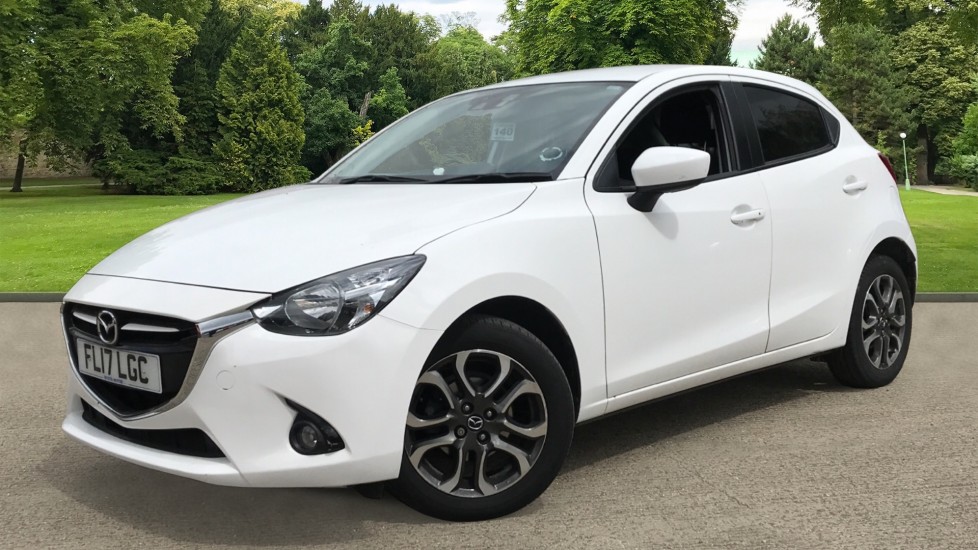 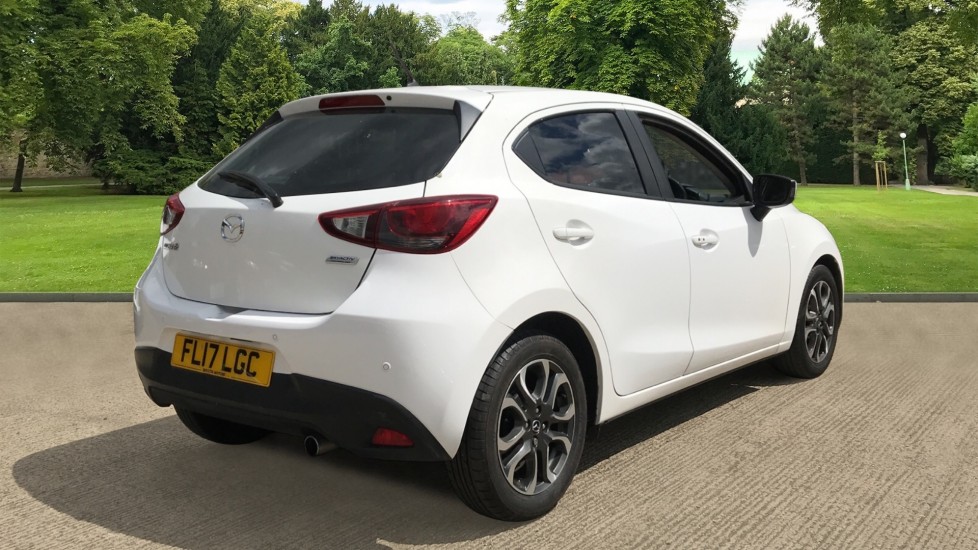 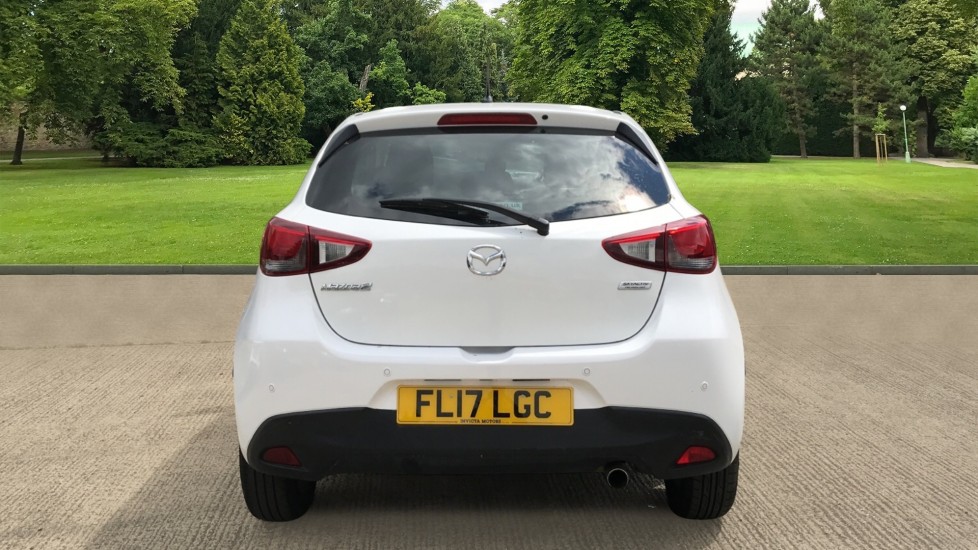 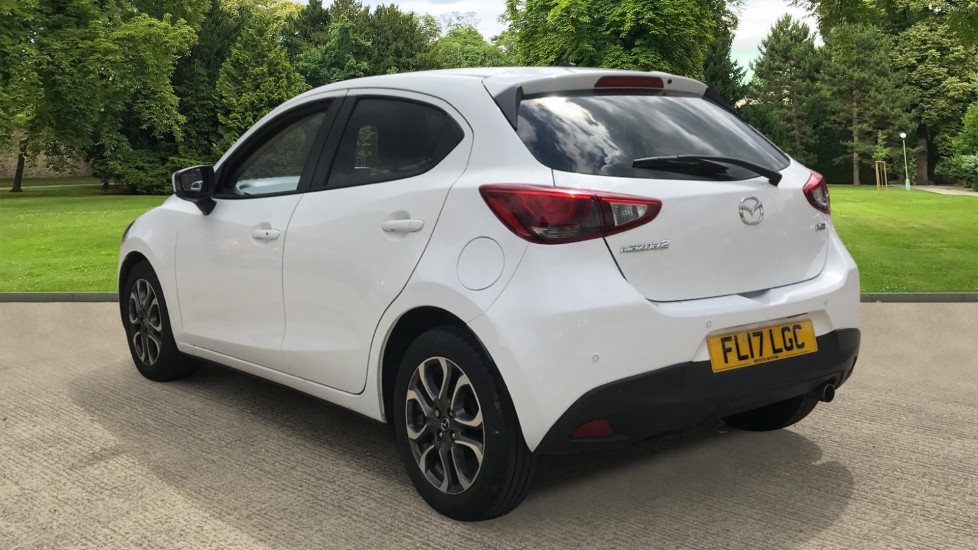 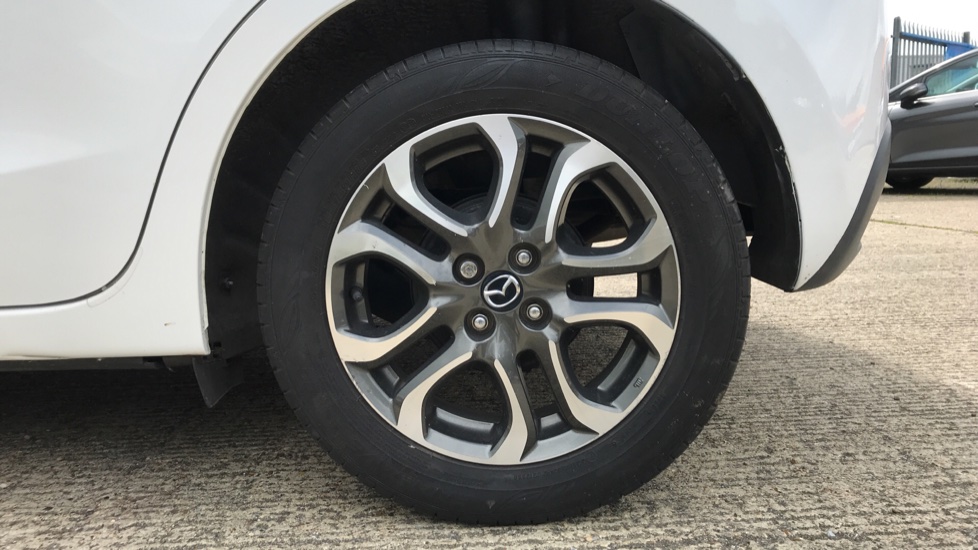 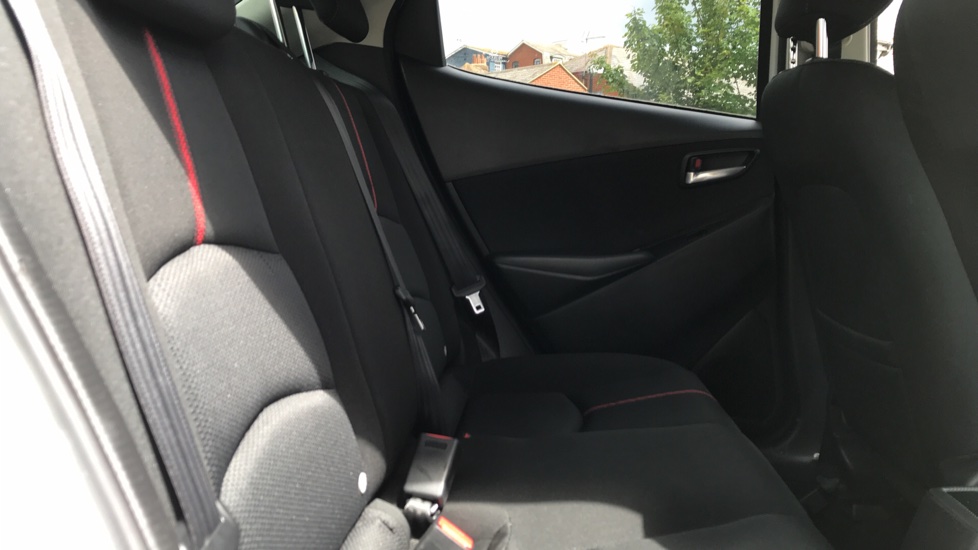 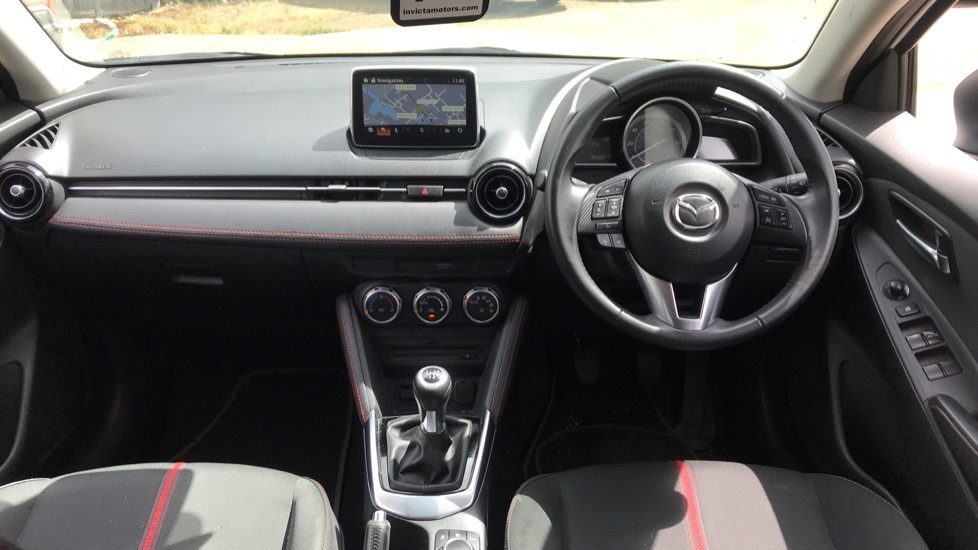 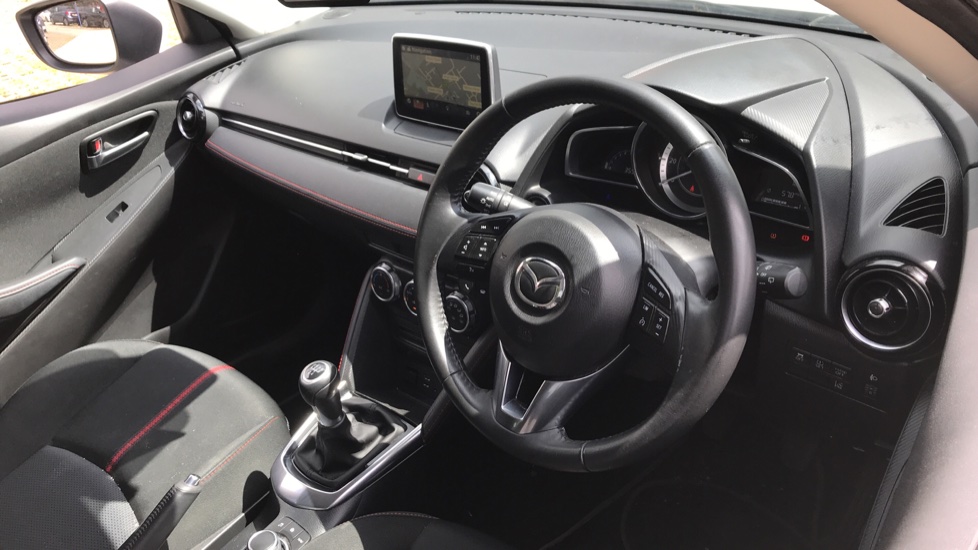 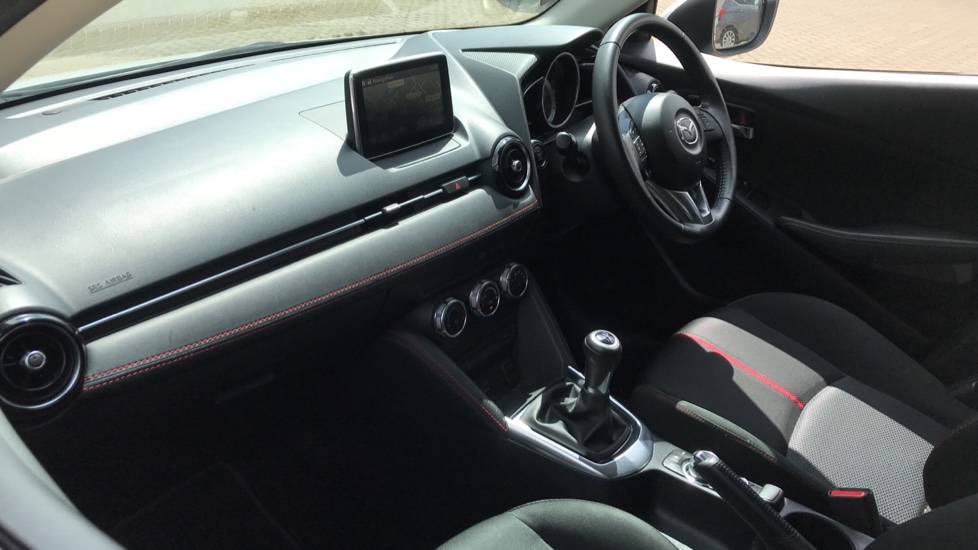 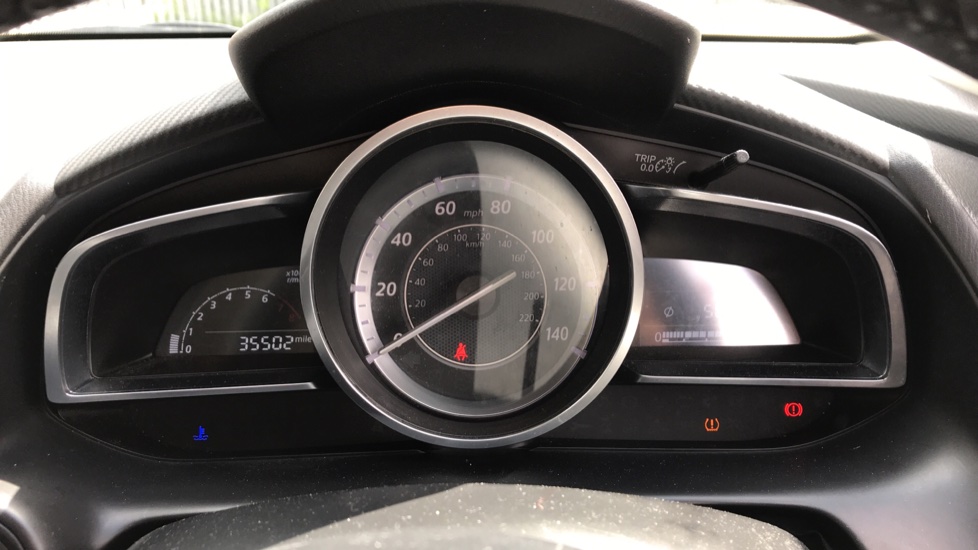 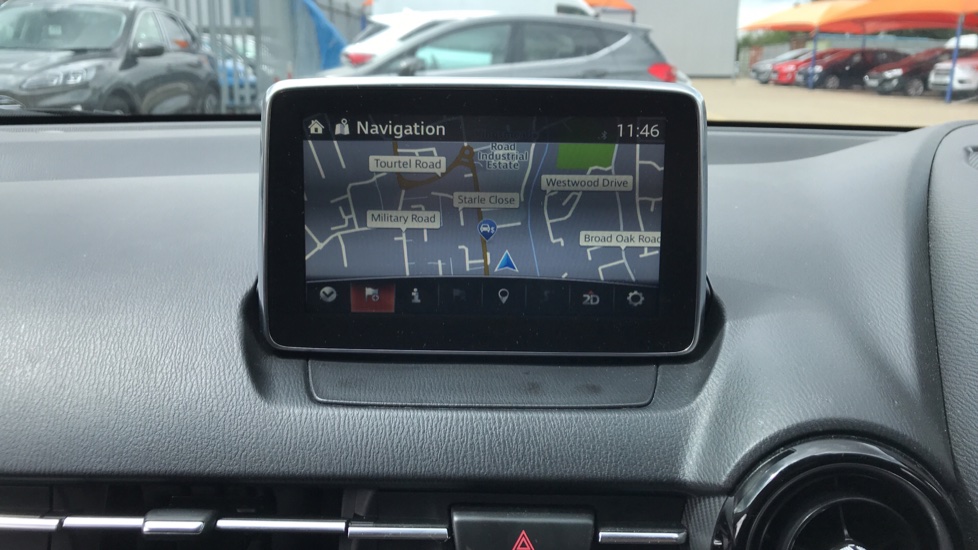 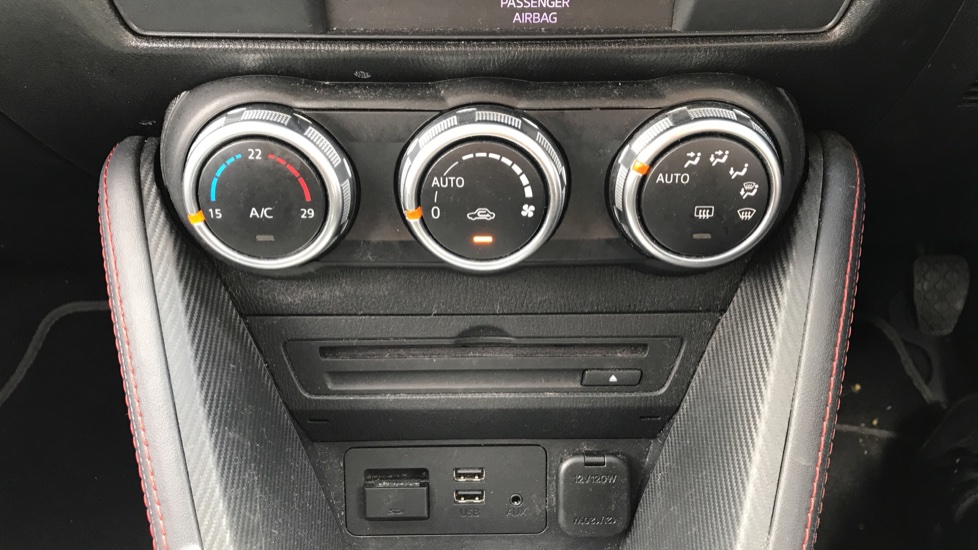 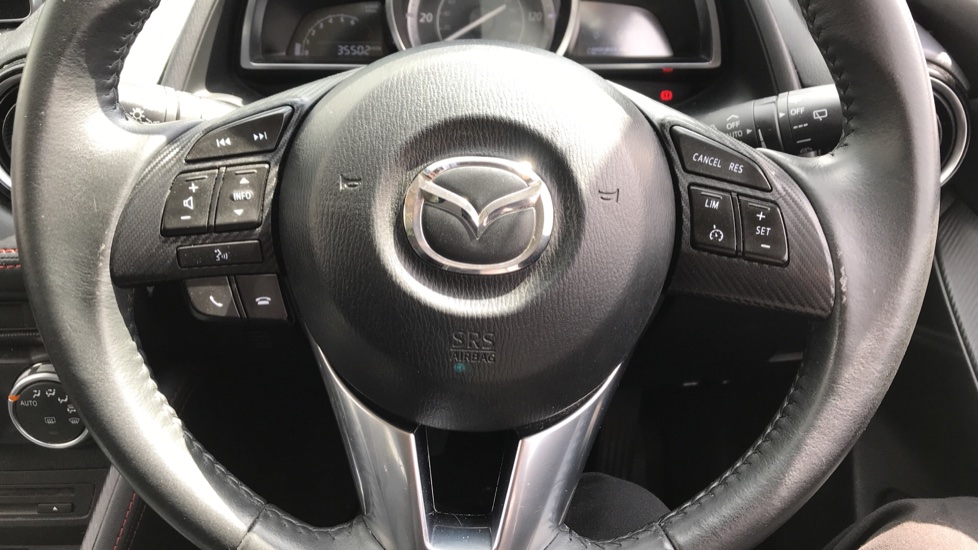 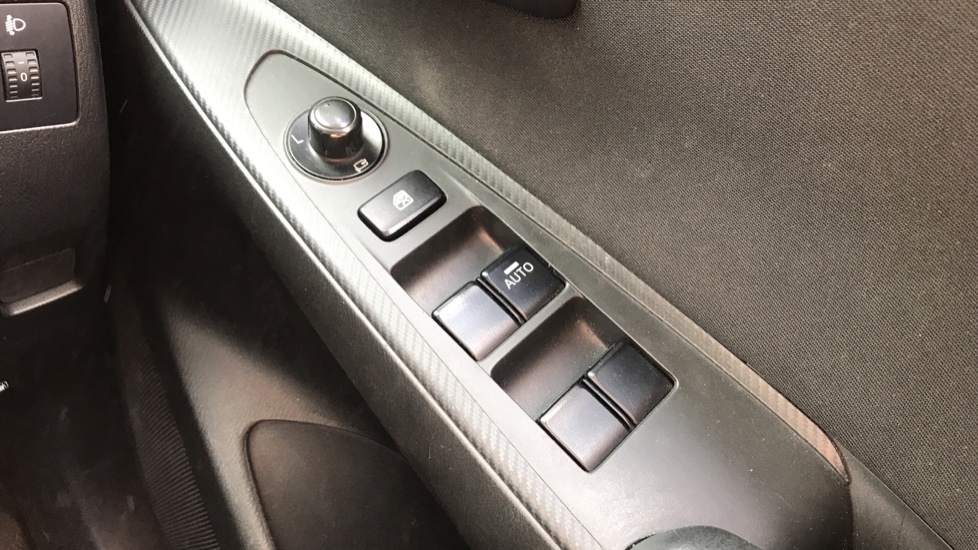 Combining striking design, efficient SKYACTIV technology and the surprisingly sophisticated connectivity and infotainment features, the third generation Mazda2 supermini, launched in 2015, is smarter and sharper than most small hatches. It packs some big car features into a pertly-styled body, features some classy 1.5-litre petrol and diesel engines that make great real-world economy and brings buyers one of the most interesting interior designs in the segment. If you were thinking of buying an ordinary small hatch of this sort from the 2015-2019 period, it might be time to consider a more extraordinary one.

Mazda likes to think of itself as a car maker that 'defies convention'. That's something relatively easy to do with a niche sportscar like their MX-5. Or maybe even with a small Crossover like their CX-3. Achieving that objective with a volume supermini though, is a much harder thing. Yet that's exactly what this third generation Mazda2 set out to do. This car, we were told at its launch, really does offer something distinctly different from its Corsa-class rivals in terms of design, engineering and high-tech equipment, all areas we're going to explore in detail here. We're going to start though, by talking of something far more fundamental: the way that this is very much Mazda's own car. We should explain that its two predecessors weren't, both Fiesta-based and both created at a time when the Hiroshima brand depended very much on Ford underpinnings for the design of its family models. In some ways that was good. The old second generation version of this model we first saw back in 2007 was sharp and enjoyable to drive: just like a Fiesta. What it lacked was the polish and class common to the really premium offerings in this segment - cars like Volkswagen's Polo - maybe even Audi's A1. Ideally, what was needed going forward was for that old vitality to be matched with more up-market quality. Freed from the shackles of Ford influence, the design team behind this MK3 model aimed to deliver just that. It's a difficult thing to do. Premium quality usually means extra weight, which is why before this car arrived in the Spring of 2015, supermini buyers could either have something that felt up-market: like a Polo. Or something that felt fun and sporty: like a Fiesta. Conventionally, you can't combine these two virtues. But a brand prepared to defy convention might shatter this status quo. That's why this Mazda2 is so much lighter than most of its competitors from this period. It's why its SKYACTIV engineering didn't follow its rivals' obsession with downsized turbocharged engines. It's why its approach to space-efficiency was almost unique. And it's why it introduced dynamic and safety-orientated technology to this segment that previously was restricted to much larger cars. Sounds promising doesn't it? This car sold in its original form until 2019, when the range was updated with mild hybrid engines. It's the 2015-2019-era cars we're going to look at here.

In designing this car, Mazda's development team contemplated what the competition was doing. And then did something completely different. Most modern superminis, they noticed, were being designed to look bigger and roomier than they actually were through the simple trick of moving their front A-pillars forward. It's a quick way to make the cabin look bigger - but an illusion that'll disappoint once you take a seat inside if the car in question sits on underpinnings that are very little different from those of its predecessor. The third generation Mazda2, its development team decided, wouldn't be like that. What if those A-pillars could be moved 80mm backwards, yet at the same time, the car itself could be made 140mm longer, with 80mm of extra wheelbase? Wouldn't the resulting shape look sporty and compact, yet disguise as much practicality as a car in this class might ever need? It was a great concept and it was completed here with a rather artful interpretation of the 'KODO' 'Soul of Motion' design theme that inspired the 'Hazumi' concept version of this car and which for some time back in 2015, Mazda had been rolling out across its model range. This is perhaps most evident at the front, where a prominent three-dimensional grille is linked to 'predator'-style headlights by chromed wings that pass through the lamps - on the top version lit by jewel-like LEDs - on a contour that continues down the side of the body. Follow this swage line in profile and you'll see it joined by two others: an upper crease that ends at the horizontal rear combination tail lights. And there's a lower crease, there to give a bit of shape to the flanks. But of course, as usual, it's what lies beneath all the stylised panel work that's really important. In this case a SKYACTIV-Body that's lighter yet stronger and far more rigid than before. And a SKYACTIV-Chassis that was designed to try and replicate the kind of connected feeling you get in Mazda's little MX-5 sportscars - something the brand likes to call Jinba Ittai, this translated from the Japanese to mean a feeling of horse and rider becoming one. That's what's drove development of this car's completely redesigned steering, braking and suspension systems. The same concept also inspired much of the thinking that created an equally characterful at-the-wheel experience. First up inside is the deeply-cowled motorcycle-style central dial, provided as a rev counter in sportier versions, with a digital speed read-out that's also replicated on the optional head-up display that projects key driving information onto the bottom of the windscreen. The other defining interior feature lies not in what's included but in what's missing. There's no centre stack dividing the front of the cabin - so no mid-mounted display screen or stereo system. That infotainment display, where provided above base trim level, is re-sited onto the very top of the dash where it's placed more precisely into your field of vision. Out back, that extra body length released a little extra boot space, the trunk capacity up 30-litres from the old model to a 280-litre total that's about the same as you'd get from most rivals from this period, though a little down on boxier contenders like Skoda's Fabia and Hyundai's i20. Still, the capacity increase combines with the wider, lower-set luggage lip and a useful 1,000mm gap between the wheel arches to ensure that Mazda2 owners can more easily cram in awkwardly-shaped things like baby buggies.

Almost all the Mazda2 owners we surveyed seemed very happy with this model - which was encouraging. However, that doesn't mean there aren't things you'll need to look for. A few owners reported small niggles relating to non-engine electrics and centring on the sat-nav and the climate control. Check that there isn't any slippage or notchy feel from the clutch. And a few issues have been raised about the air conditioning system - it should kick out ice cold air, but may not. Other than that, it's the usual things: insist on a fully stamped-up service history. Check the alloys for parking scuffs. And the interior for signs of child damage.

Integral to this Mazda2's design philosophy is its SKYACTIV-Chassis, its SKYACTIV-Body, its SKYACTIV-Drive transmissions and its two SKYACTIV engines, all of them with bulk trimmed to the minimum, bringing the collective result that this car is significantly lighter than most of its rivals from this period. As a result, it'll accelerate more quickly, stop more sharply, corner more keenly, the suspension will be able to its job more effectively and you won't be exacting such a huge demand on brakes, transmission and tyres. Hardly a marginal improvement then, but instead one you can really feel. Onto those SKYACTIV-G petrol and SKYACTIVE-D diesel engines then, all of them 1.5-litre in size. On these shores, the vast majority of original buyers chose the petrol option, which is deliberately old-school in its configuration, offering four cylinders and normal aspiration in an age where most rivals were switching to downsized three cylinder turbo units. The pokiest petrol version has 115PS, a unit that's able to deliver more performance than almost anything you'll get in this class that doesn't claim to be some kind of junior hot hatch. Most customers though, will choose this SKYACTIV-G unit in its more efficient 90PS state of tune. Here, you get the choice of a five-speed stick shift or a 6-speed automatic. On to the diesel option, a pokey 105PS SKYACTIV-D unit with a decent 220Nm of torque on tap - certainly more than you'd expect from a car of this size. More importantly, we've a car here that, to all intents and purposes, is able to offer the performance of a really potent black pump-fuelled supermini at the same time as delivering the economy you'd usually expect from a really eco-conscious diesel.

Good things often come in little packages. Here's one of them. It's a small car that was developed with an extraordinarily large amount of care and as a result, is a class act. No other rival from this period offers a better all-round blend of performance and efficiency, plus this third generation Mazda2 delivers smart looks, reasonable pricing and an interestingly-styled cabin offering premium segment features and some lovely quality touches. The bottom line is that if you thought all superminis from the 2015-2019 era were the same, it's well worth trying one of these. Life, you might find, is full of surprises.