"Hannah in the service department is very helpful and sorts everything out."
Mrs Diane Townsend
96% Customer Satisfaction

This vehicle is currently in stock at Maidstone Suzuki, Honda and Mazda and can be purchased from Mazda Northampton Motors. 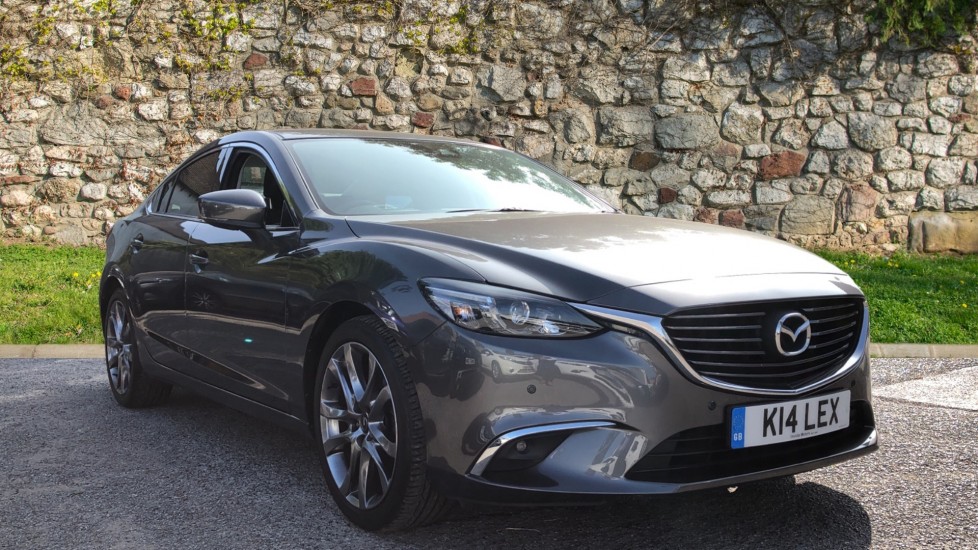 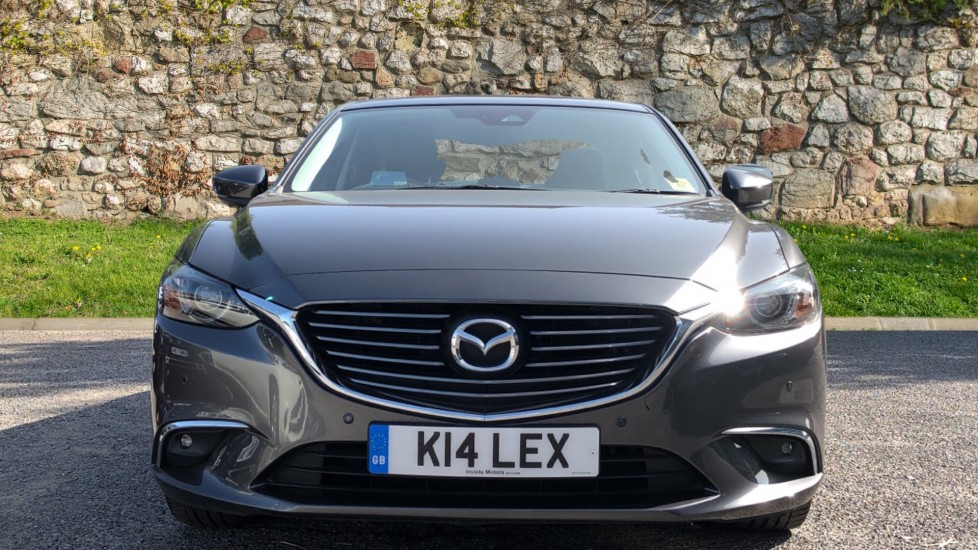 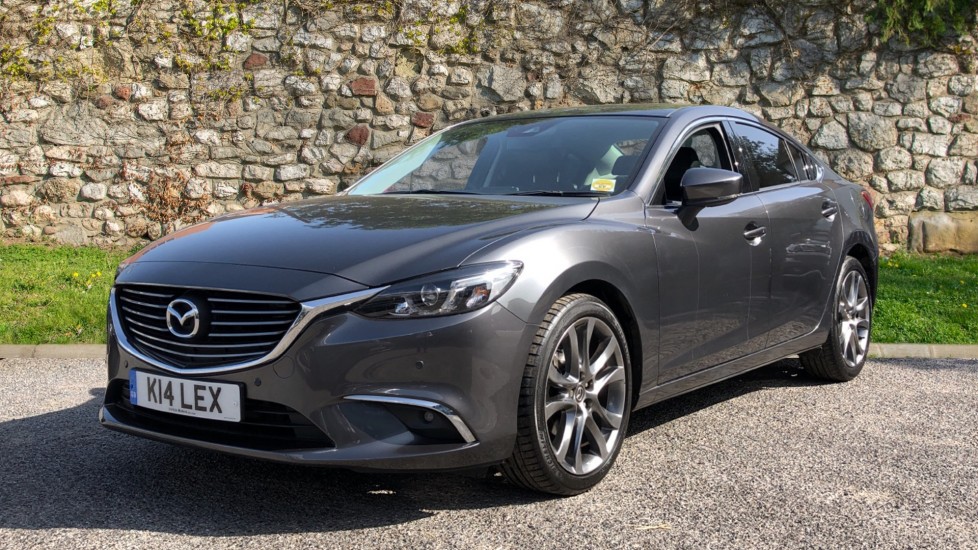 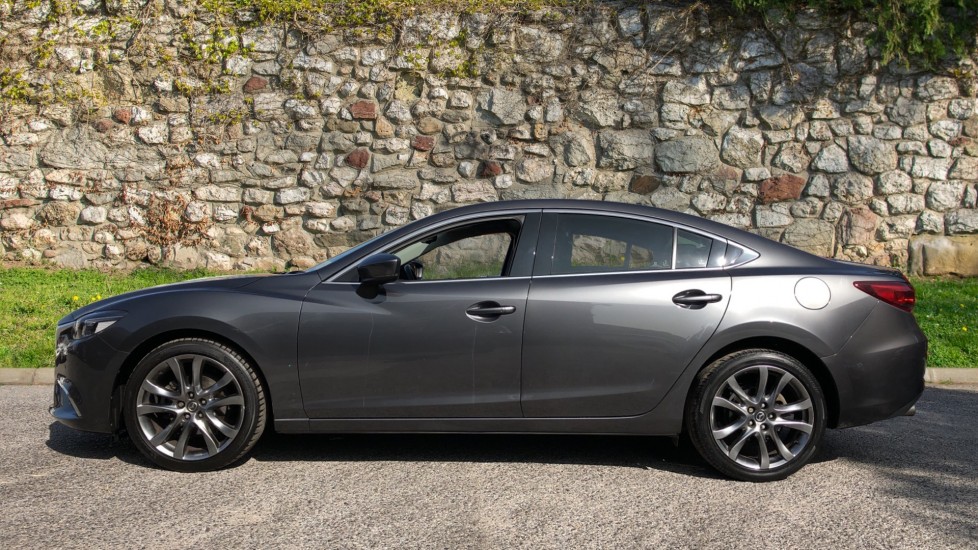 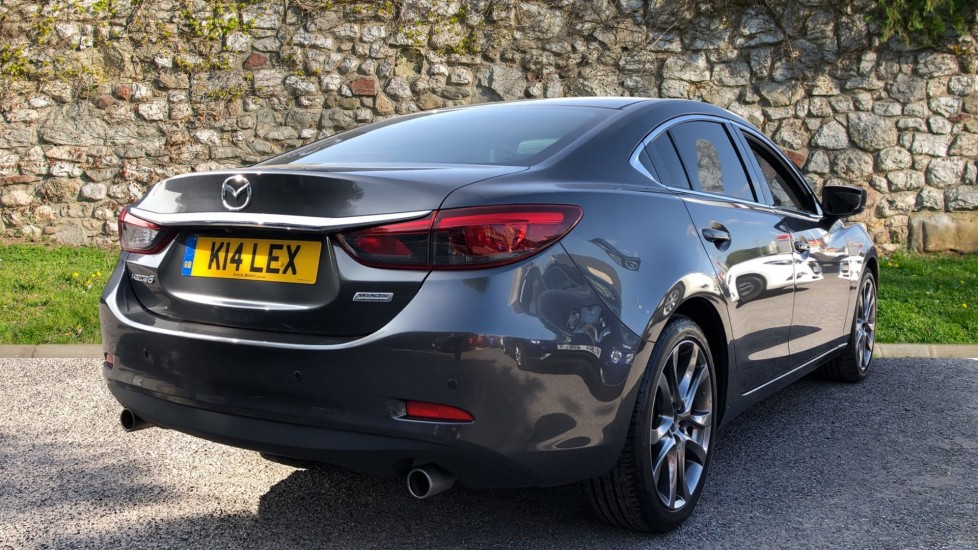 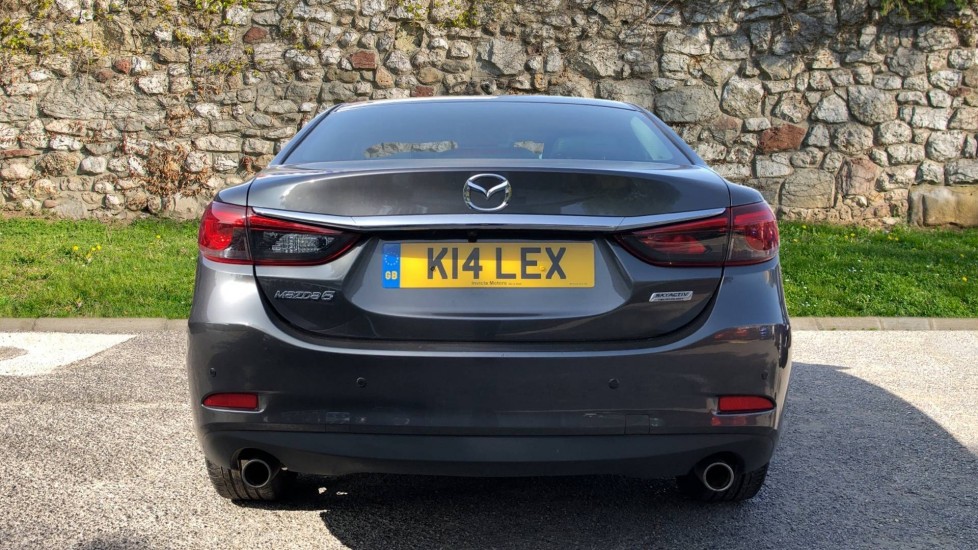 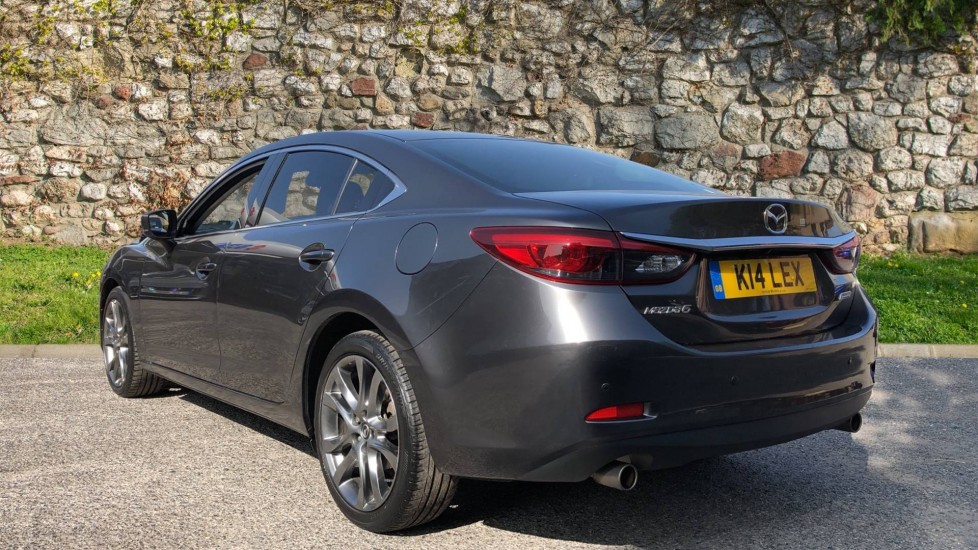 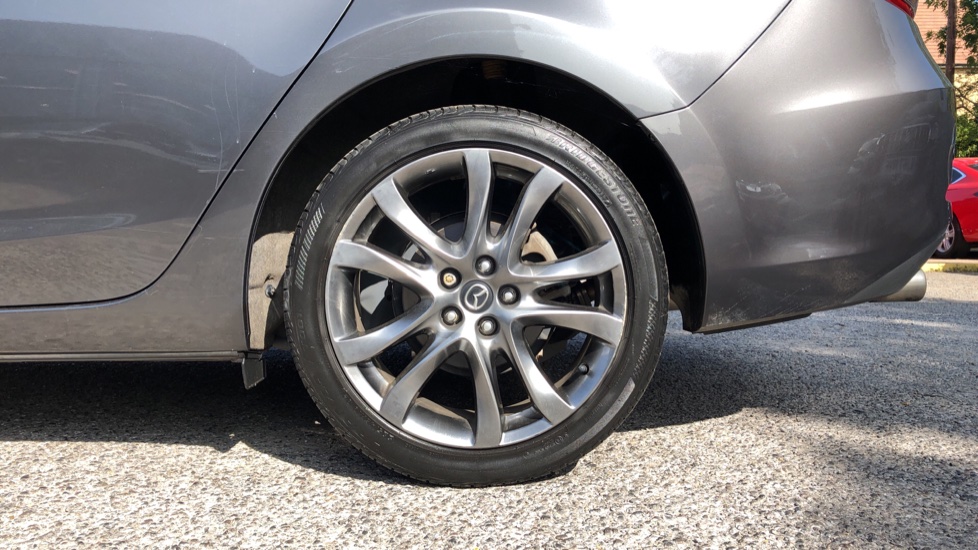 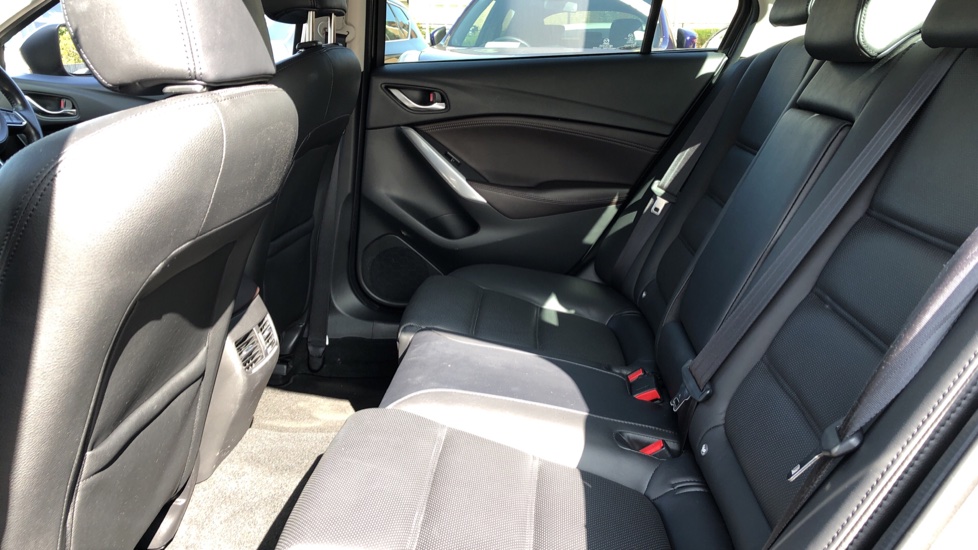 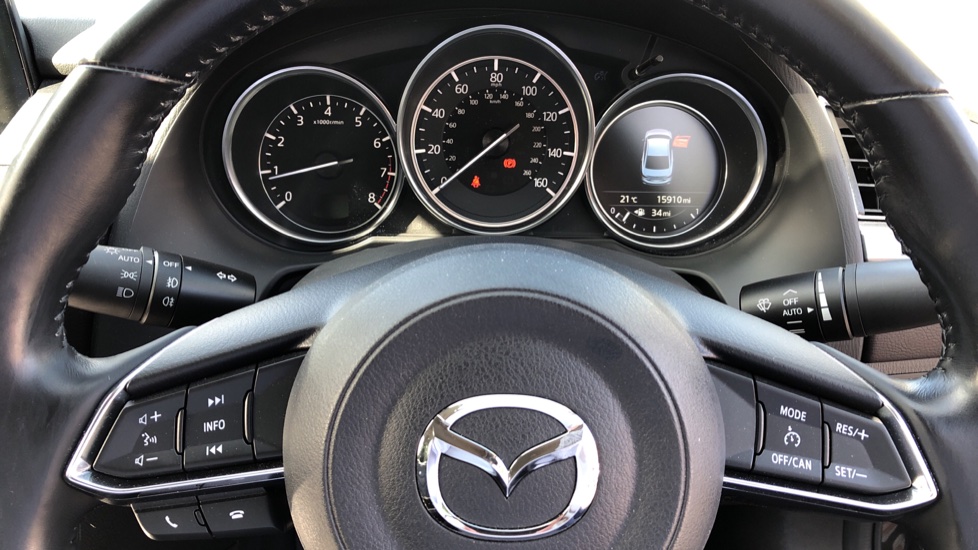 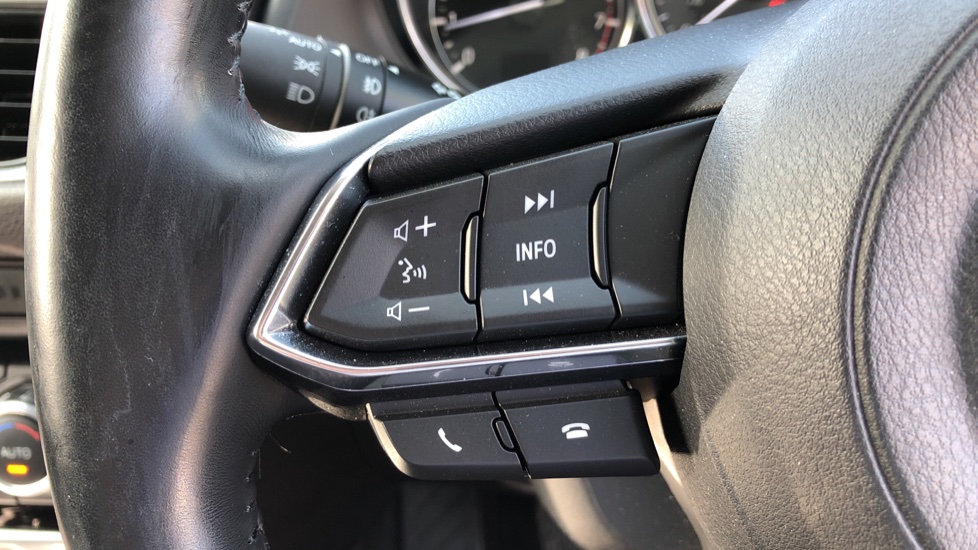 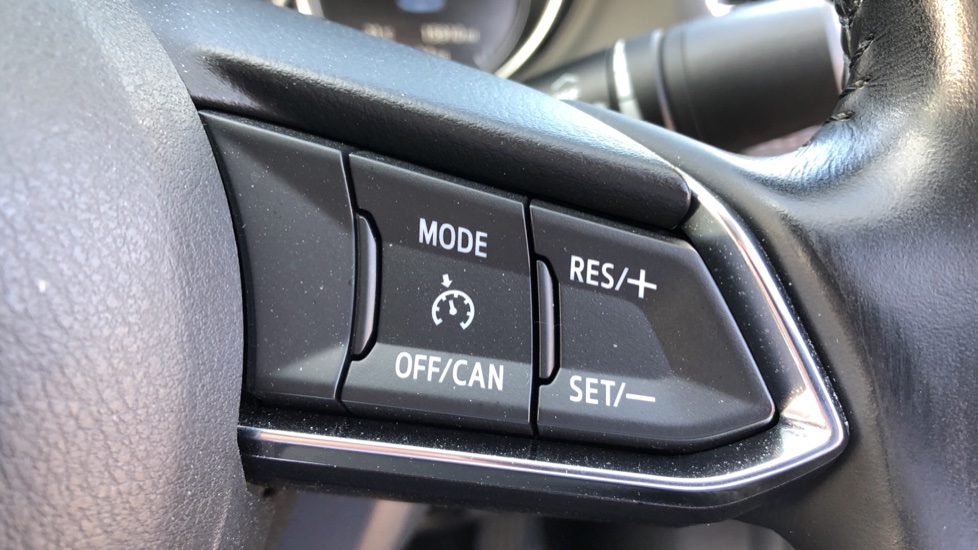 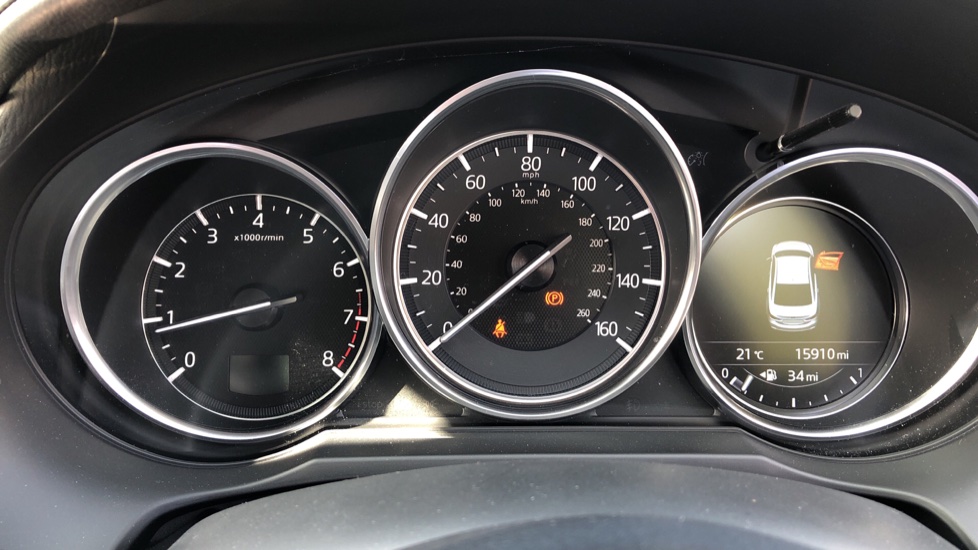 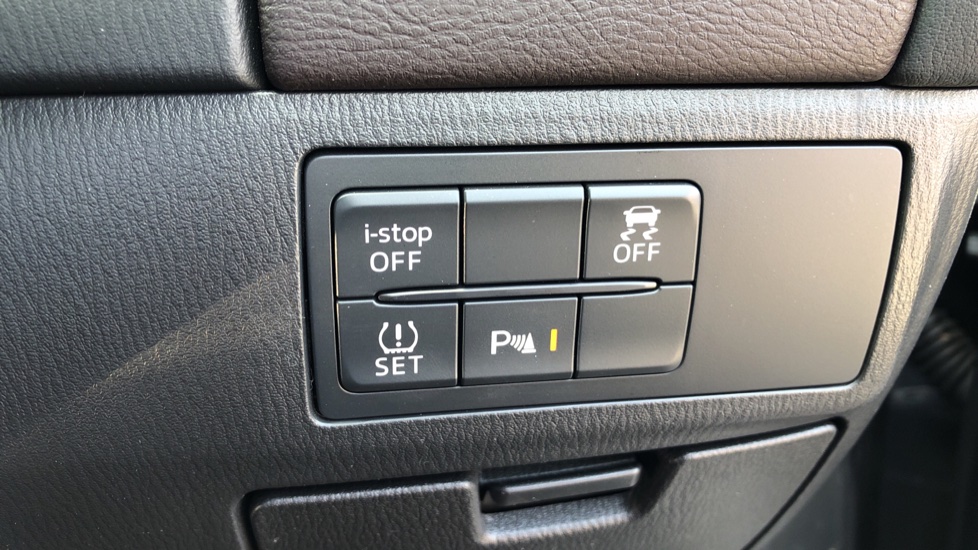 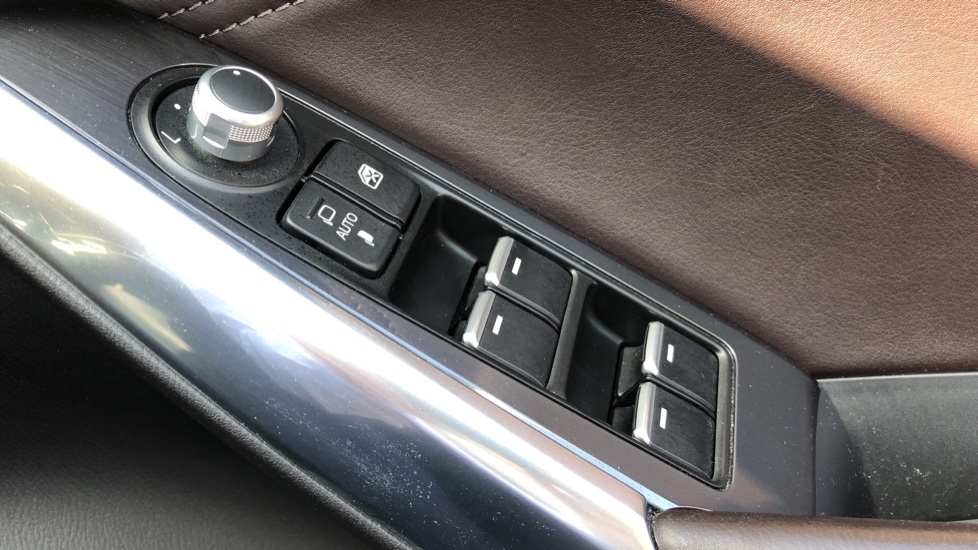 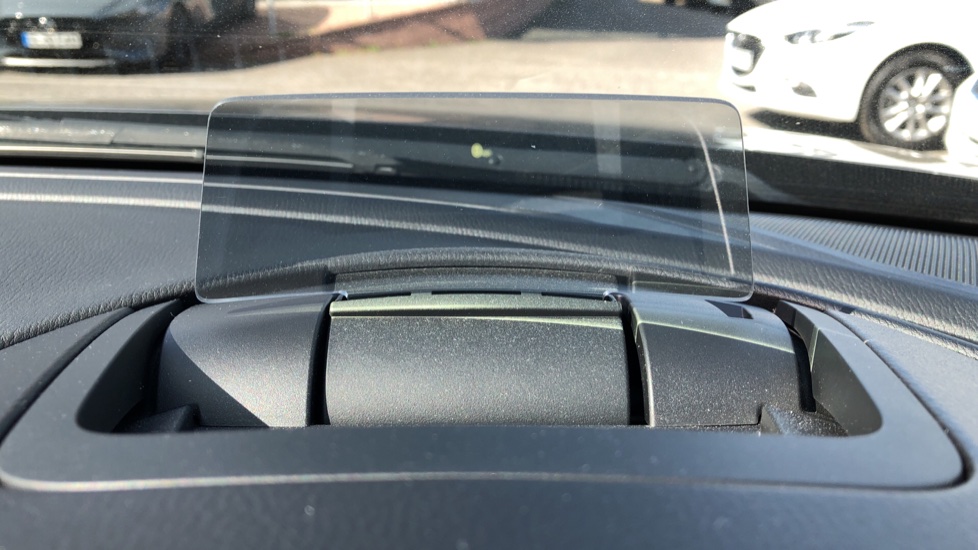 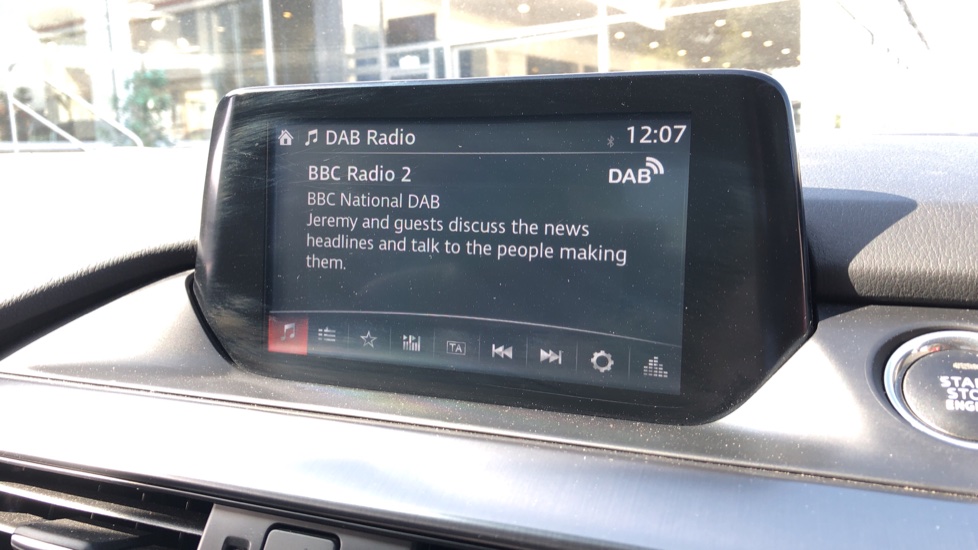 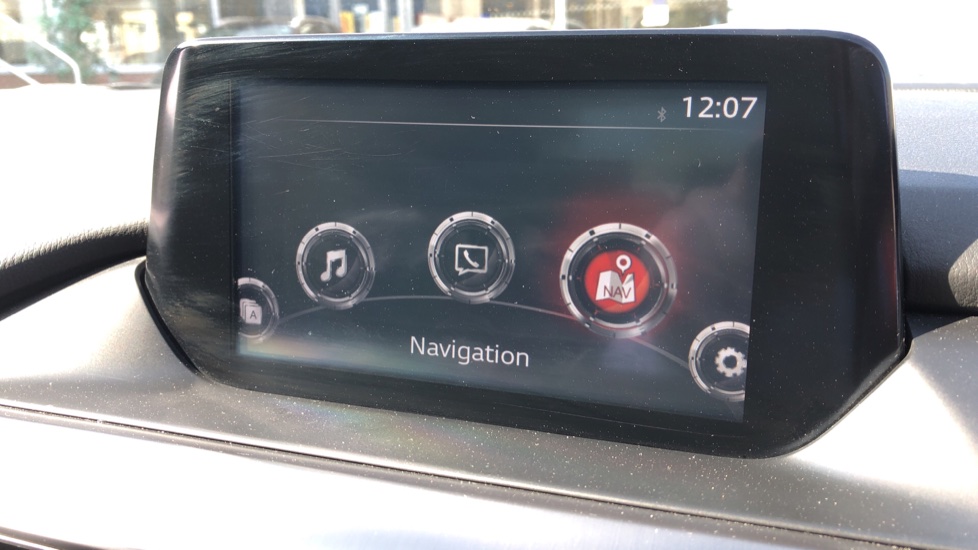 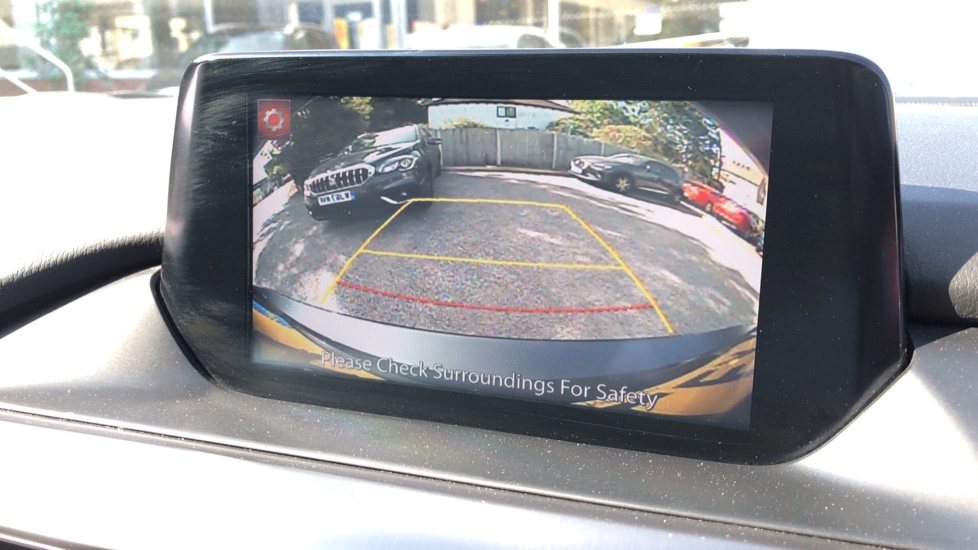 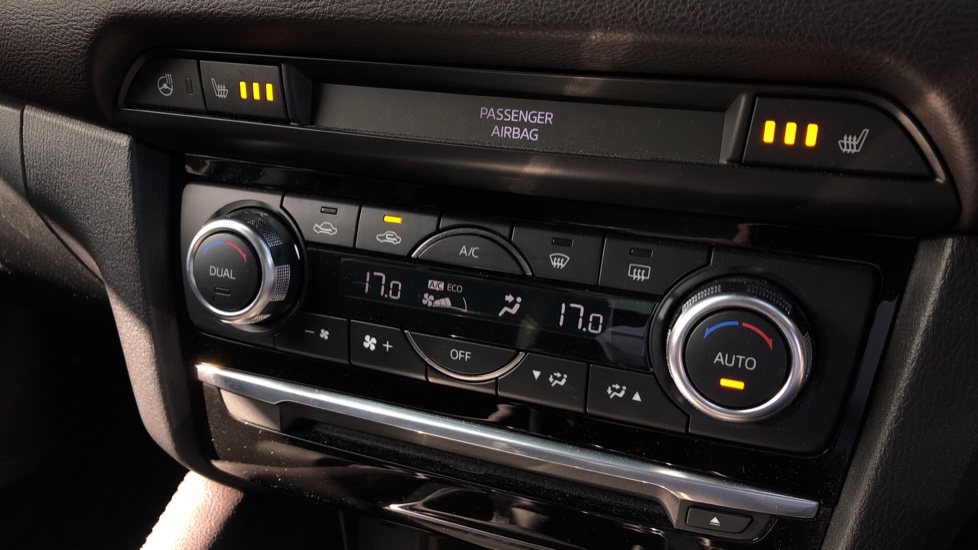 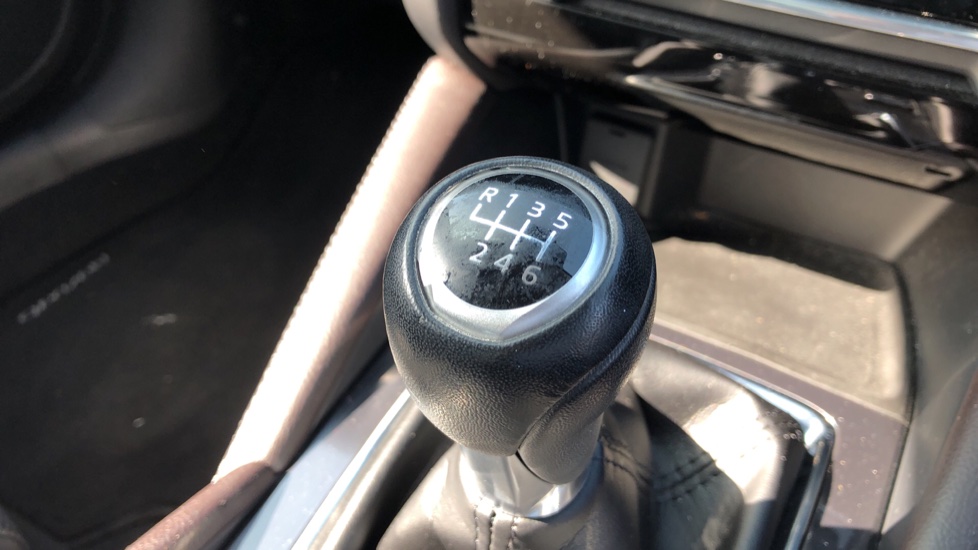 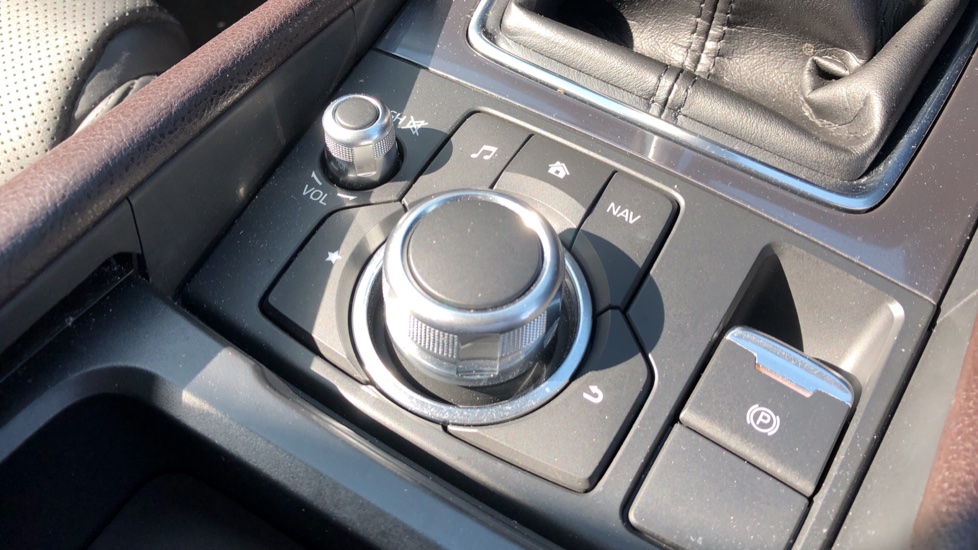 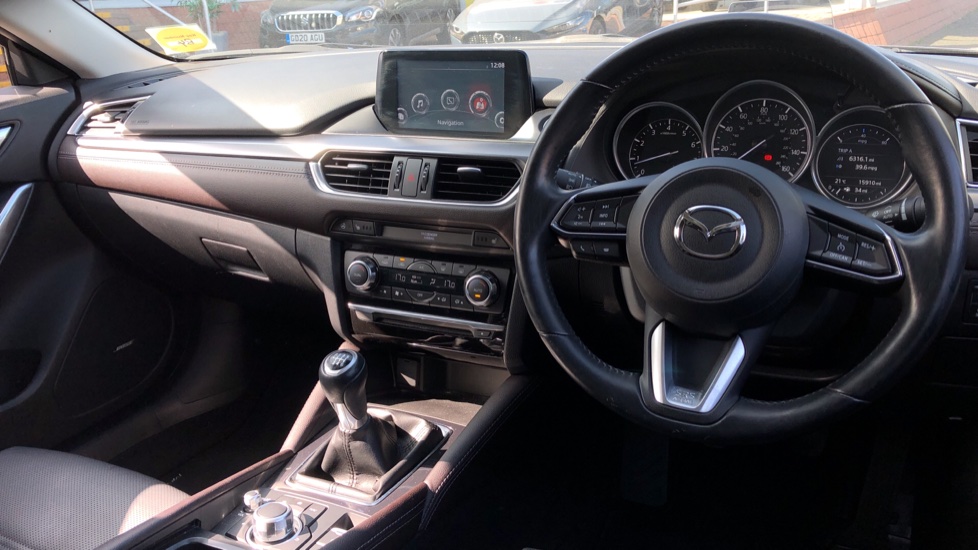 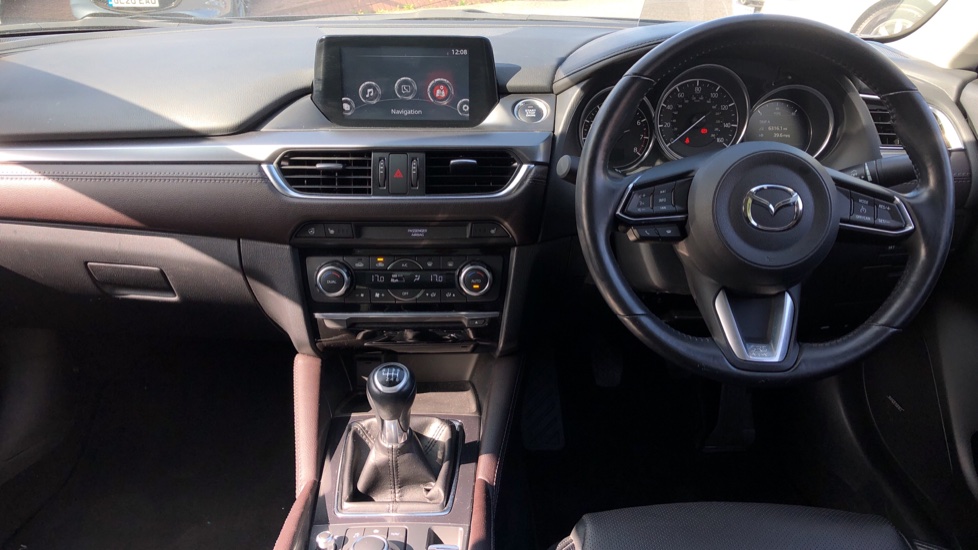 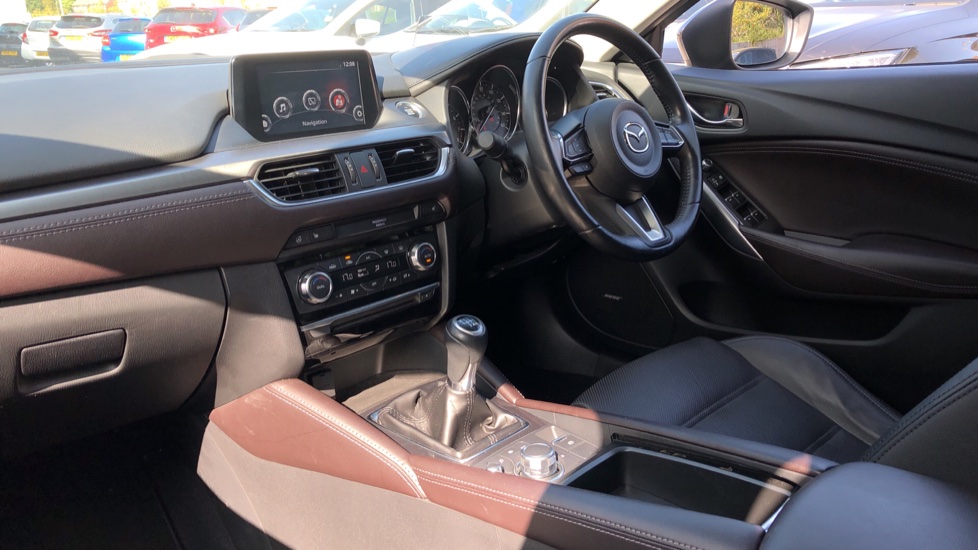 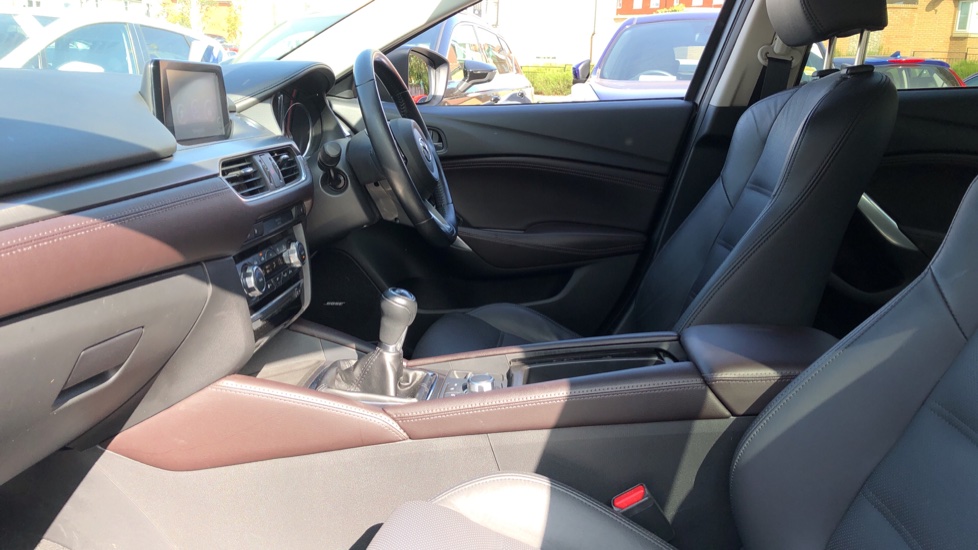 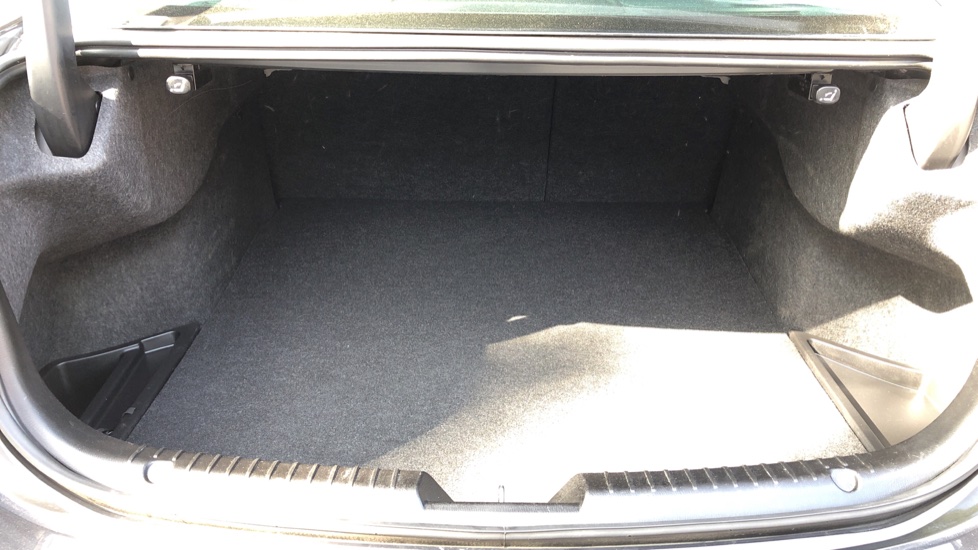 Back in 2013, the third generation Mazda6 was designed to shake up the market's 'D'-segment medium range Mondeo sector. By class standards back then, it was affordable to run, plus was arguably the most enjoyable contender to drive and the best to look at. For all that, it's still far from an obvious used car choice from this era in this sector. But on paper, perhaps it ought to be.

The third generation Mazda6 needed to be a game-changer - nothing more, nothing less. Vanilla virtues simply weren't going to cut it in a medium range Mondeo segment that until the launch of this car early in 2013, was largely ignoring this Japanese brand. As it was back in 2002 prior to the launch of the very first Mazda6. This was the time before 'zoom zoom', before this Hiroshima-based maker was seen as sporty and forward thinking. Instead, it was known merely for bringing us family cars that were reliable, well equipped - and rather dull. Now it would be overstating the case to say that the very first MK1 version of this Mondeo-sized medium range model changed that perception overnight - but not by much. Sharky-looking and good to drive, all it really lacked was a little refinement and polish. The second generation Mazda6 of 2007 added that, but at the expense of the characterful, dynamic approach of its predecessor. Hence the need for a MK3 model that would be in every way memorable - to look at, to drive and to own. Like this car? Well, it'll certainly stood out in the kind of company carpark in which vehicles of this sort tend to spend most of their time. It grabbed attention on the balance sheet too, where Mazda's clever 'SYYACTIV' technology delivered running costs able to embarrass those of some potential rivals. There was sharp handling too, across a range of smartly-styled saloon and Tourer estate variants. The original version of this MK3 design was lightly updated in 2016, then more heavily improved in mid-2018. It's the 2013-2018 versions of this car we look at here.

Was this the best-looking Mazda6 ever? Many will think so. From the front, where the headlamps incorporate smart LEDs and neat halo ring lights, you might well guess the brand without the badges. But at the same time find yourself admiring the swooping front wings and the low, rear-leaning coupe-style cabin, with a sweeping line that slides over the C-pillar onto the short, powerful rear deck of the saloon, a body style that, rather strangely, is longer than that of the alternative Tourer estate. In fact, at nearly 5m, this was one of the biggest cars in its class in its 2013-2018 era, which makes it a little odd that the boot, which offers 483-litres, is one of the smaller trunks available in the segment from this time. Still, it has a large opening and if you've heftier loads to carry, you can push forward to rear backrest of the saloon which reveals up to a metre of load space. If the need for that kind of capacity is likely to be regular, then the Tourer estate will of course be a better bet, offering 506-litres of space with all the seats in place, or, if you operate the clever flat-deck Karakuri rear seat folding system, up to 1,648-litres on offer. The generous dimensions are easier to appreciate from a seat in the rear where as well as extra support and comfort, there's more room than can be offered by almost any rival bar the seriously supersized Skoda Superb. Even the area where many cars in this class struggle - when it comes to inserting a third rearward adult - isn't too much of an issue here, unless your journey's likely to be trans-continental. Knee room was improved in this MK3 model by slim rear seatbacks and the rear passengers could easily slip their shoes beneath the chairs in front. And there's surprisingly good headroom too, despite the arching roofline. At the front, thoughtful ergonomics position everything exactly where you'd want to find it, the gearstick perfectly placed for your palm, the seat supportive, the wheel just as you'd ideally like it. We also particularly like the especially wide field of vision that was opened up by the re-positioning of the front A-pillars 100mm further back: you really notice the difference at roundabouts and coming out of junctions. So, function over form? You could say that, but though there's nothing about this design that's aesthetically memorable, the polished aluminium touches are nice and hard plastics have been kept to a minimum. The instrument binnacle offers a pair of clear, purposeful dials lit with cool white lighting and separated by a multi-information display with key fuel, temperature and trip data. Pretty much everything else you need to know is found on the infotainment colour touchscreen, a little smaller than that provided by rivals but still large enough to dominate the centre of the dash and marshalled via a rotary command dial behind the gearstick.

Most Mazda6 buyers were came across in our ownership survey were enthusiastic about this car. One diesel buyer experience DPF particulate filter problems, plus it needed a new steering lock module. Another owner found his brake pads had to be replaced after just 7 months and also had to replace the clutch and the flywheel. Another owner had camshaft and rocker assembly failure, plus his parking brake seized up, the engine oil vacuum pump failed and the exhaust valve broke. Most cars in our survey were pretty faultless though. Just check carefully, insist on a full service record, inspect the alloys and look for rear seat child damage.

'Jinba ittai'. It's a Japanese phrase that describes a feeling of oneness between horse and rider - or in this case, between car and driver. And it's something that this third generation Mazda6 very definitely delivers. From the moment you turn the key and marvel at the refinement beneath the bonnet, then snick into first gear with the short-throw MX-5 sportscar-derived gearstick, it's clear that this is something more than conventional medium range family transport. Many cars of this kind feel remote and inert in the first 50 metres, switching your responses to autopilot, reducing your expectations of journeying enjoyment to the bare minimum. But here it's different. Why? Well Mazda have a word for this thinking that underpins almost everything about this car - and it isn't something incomprehensibly Japanese or, thank goodness, a piece of 'zoom zoom' marketing fluff. Instead, 'SKYACTIV' is an all-encompassing term for efficient technology that drives down running costs by saving weight. And that ramps up driving enjoyment by doing exactly the same thing. It's a solution that seems so obvious - and one that every other rival brand strives to achieve before getting bogged down in having to make its products bigger, better equipped, safer and better-built. But then, no other brand has invested itself into the process quite like Mazda. With this MK3 Mazda6 model, there are SKYACTIV powertrains, a SKYACTIV body and SKYACTIV 6-speed manual and automatic gearboxes, all of them with bulk trimmed to the minimum, with the collective result that this car is almost the weight of a couple of adult human beings lighter than most of its rivals from this era. As a result, it'll accelerate more quickly, stop more sharply, corner more keenly, the suspension will be able to its job more effectively and you won't be exacting such a huge demand on brakes, transmission and tyres. Hardly a marginal improvement then, but instead one you can really feel, especially through the bends where, thanks not only to light weight but also to responsive steering and an uncommonly stiff chassis (up to 45% more rigid than was the case with the previous MK2 design), this Mazda is exceptionally nimble and agile for a model of its size. This sort of response won't come as too much of a shock, for right from the off, you feel a firmness to the ride quality that advertises future driving enjoyment. Too much of a firmness? Some will think so. These people will probably feel much happier in a Passat or a Toyota Avensis from this period, but put either of those cars on the huge 19-inch wheels that top Mazda6 variants use and they really would pummel you through the potholes. In other words, this really is an uncommonly well sorted set-up and for us, the marginal sacrifice of suppleness it requires at lower speeds in pursuit of rewarding 'jinba ittai' at higher ones is one we're quite happy to make. Onto those SKYACTIV engines then. There were basically two fitted to this car in the 2013-2018 period, with high and low outputs in both cases. The 2.0-litre petrol unit offers either 145 or 165PS and feels pleasingly responsive, even the lower-powered version managing 62mph from rest in 9.5s on the way to 129mph, figures the pokier variant improves to 9.1s and 134mph. But the vast majority of British Mazda6 buyers gave these powerplants no more than a passing glance on their way to place an order for the 2.2-litre diesel. There was a high output 175PS version which, with 420Nm of pulling power on tap, was good for rest to 62mph in 7.9s on the way to 139mph. The vast majority of original customers though, were more than happy with a little less grunt - 380Nm - from the standard 150PS version of this unit, good enough to cover the benchmark sprint in 9s and top out at 131mph.

The MK3 model Mazda6 achieved exactly what it set out to do. Namely, to stand out. It was bigger, safer and better looking, with more equipment and better build quality. Yet it remained one of the most engaging volume brand 'D'-segment family drivers' cars of its kind in the 2013-2108 era. Some will find the ride a little over-firm and the interior isn't the plushest in the segment from this period - but it's quite acceptable. This isn't the most obvious choice in the medium range 'Mondeo'-segment class from this era, but if you don't want to do the obvious thing, here's a car that won't penalise you for thinking a bit more independently.