This vehicle is currently in stock at Ford Croydon and can be purchased from Preston Motor Park Abarth, Alfa Romeo, Fiat, Jeep and Volvo. 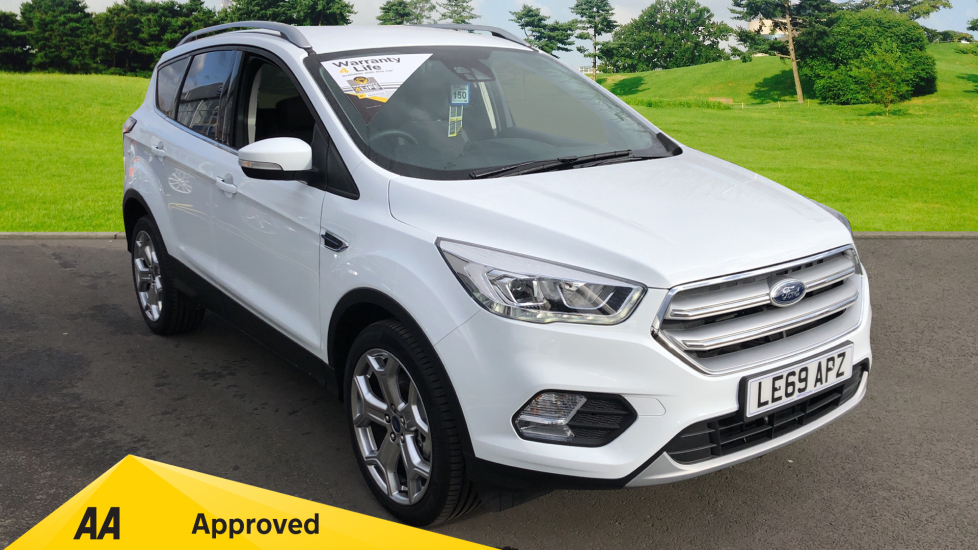 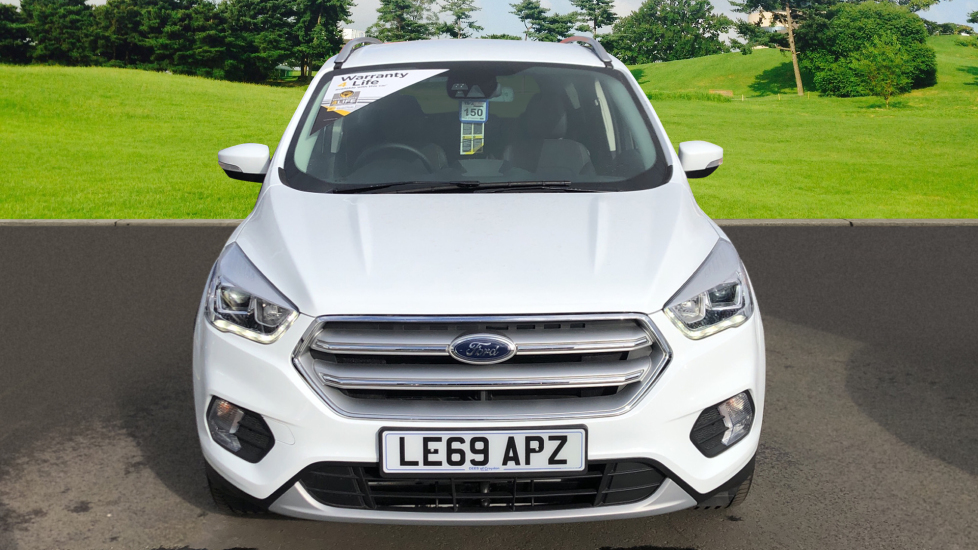 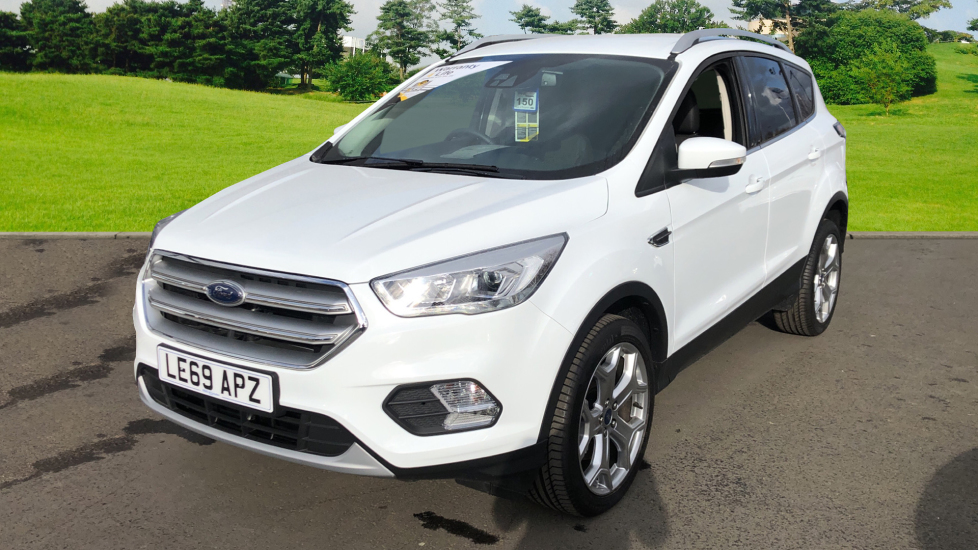 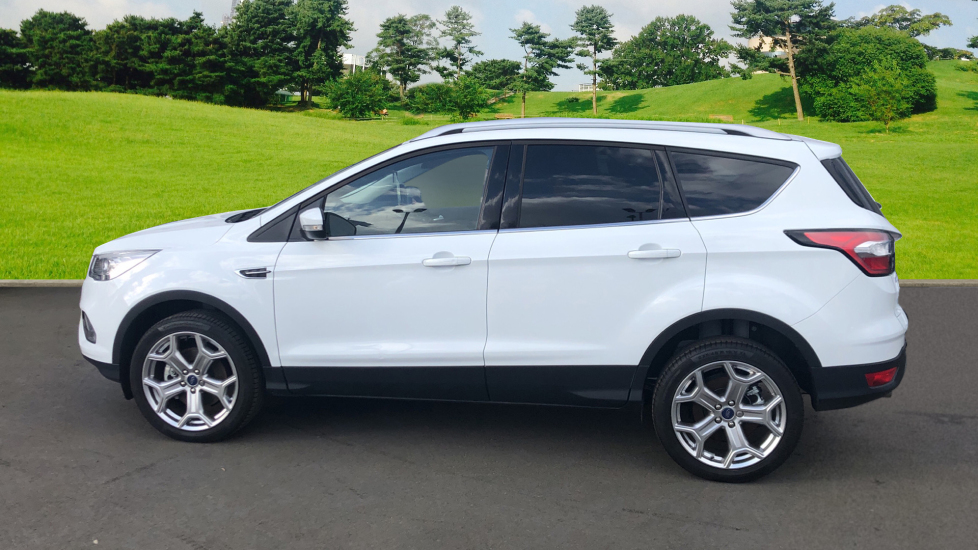 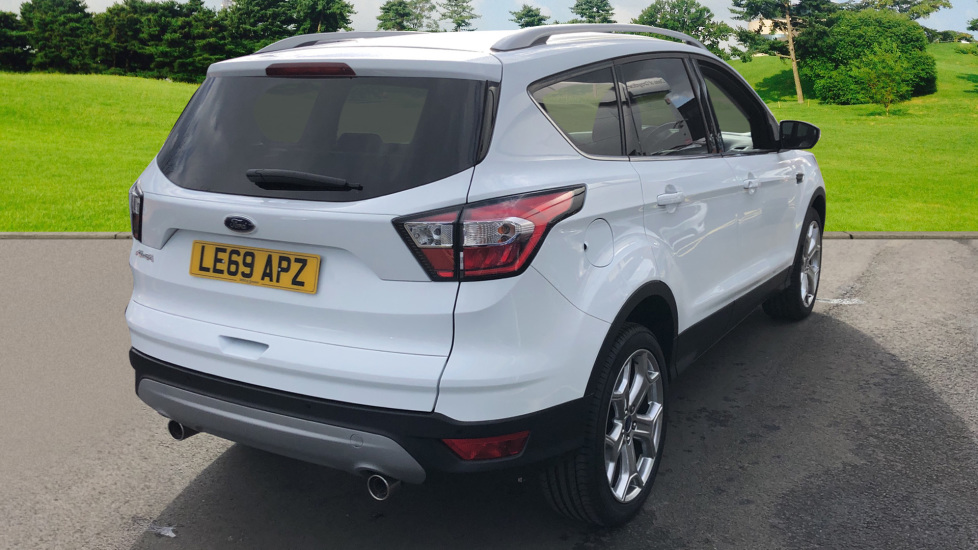 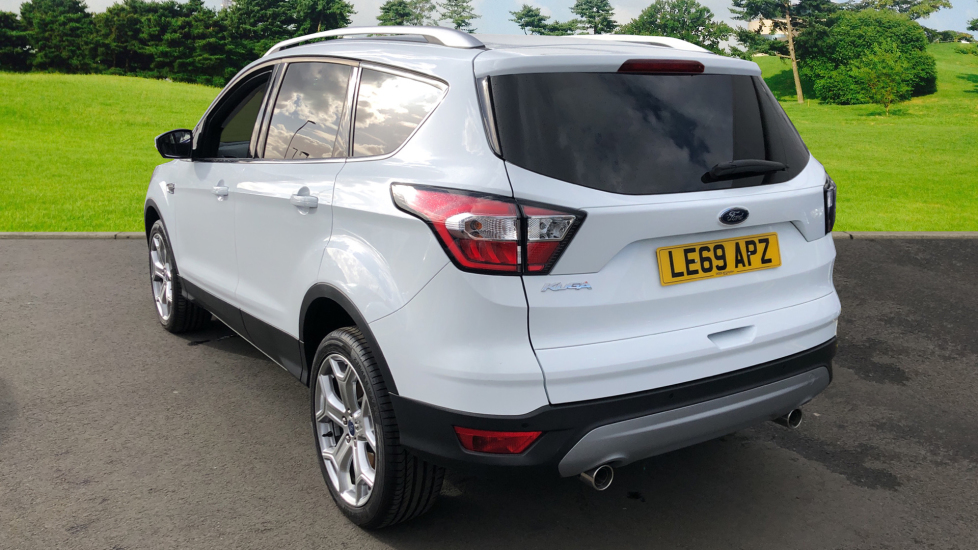 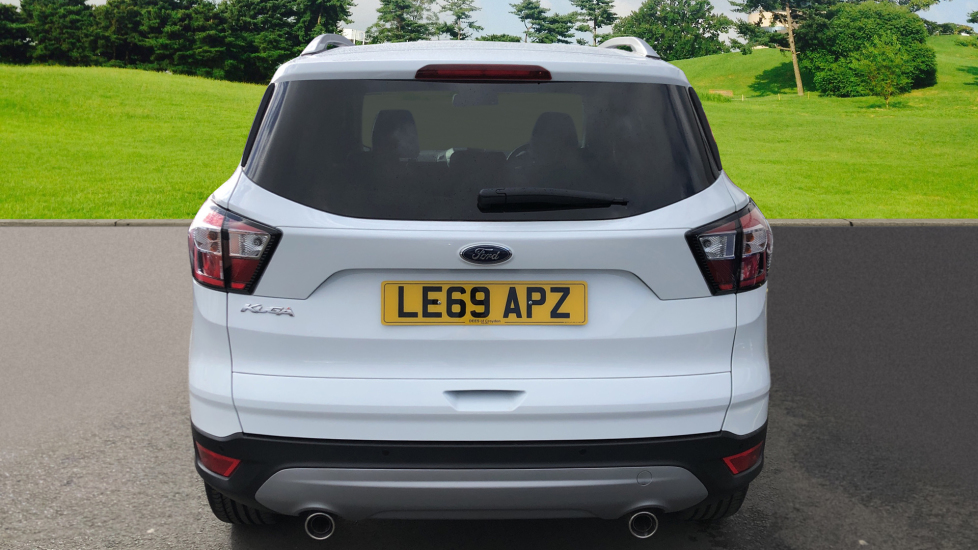 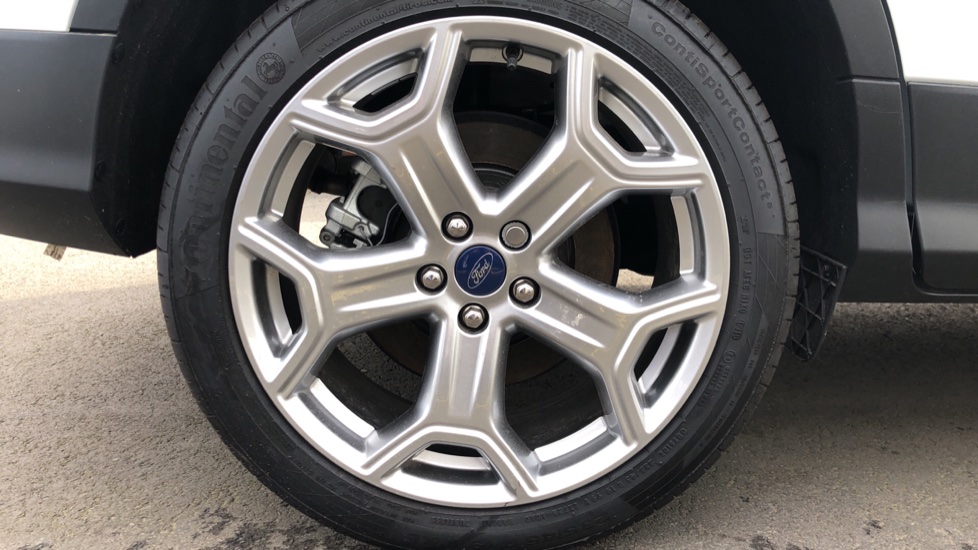 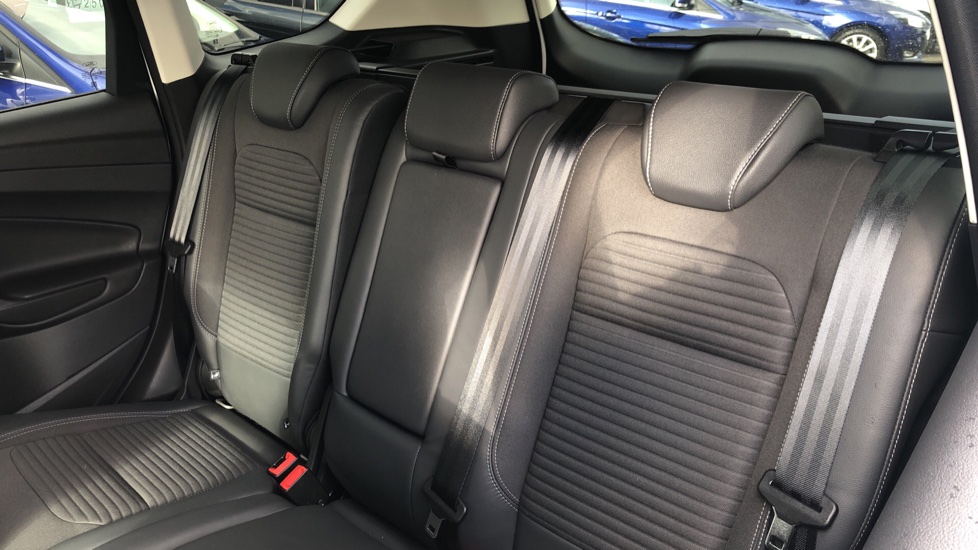 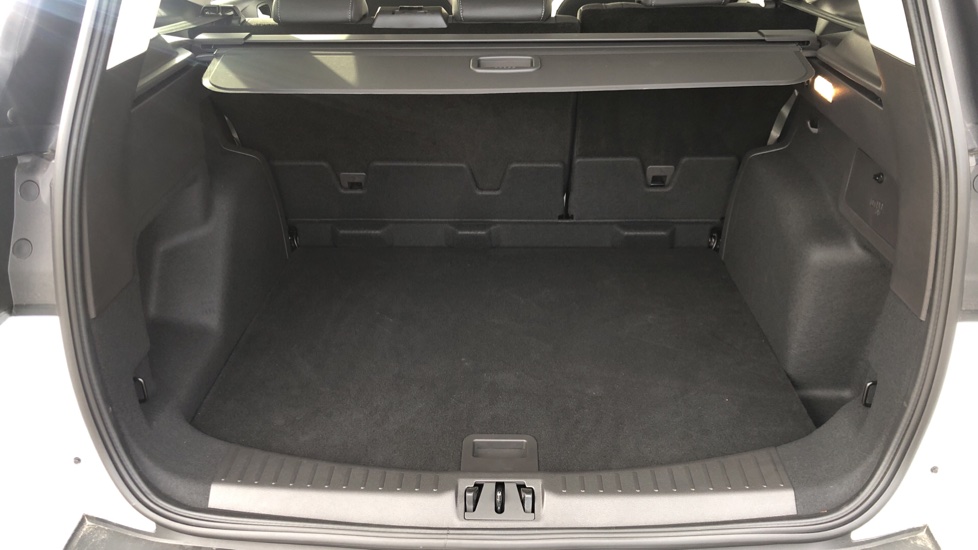 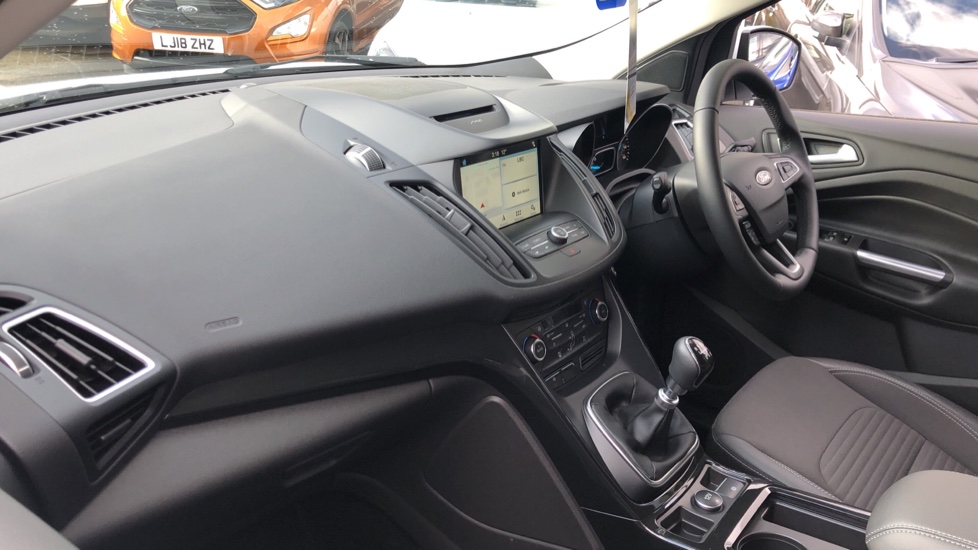 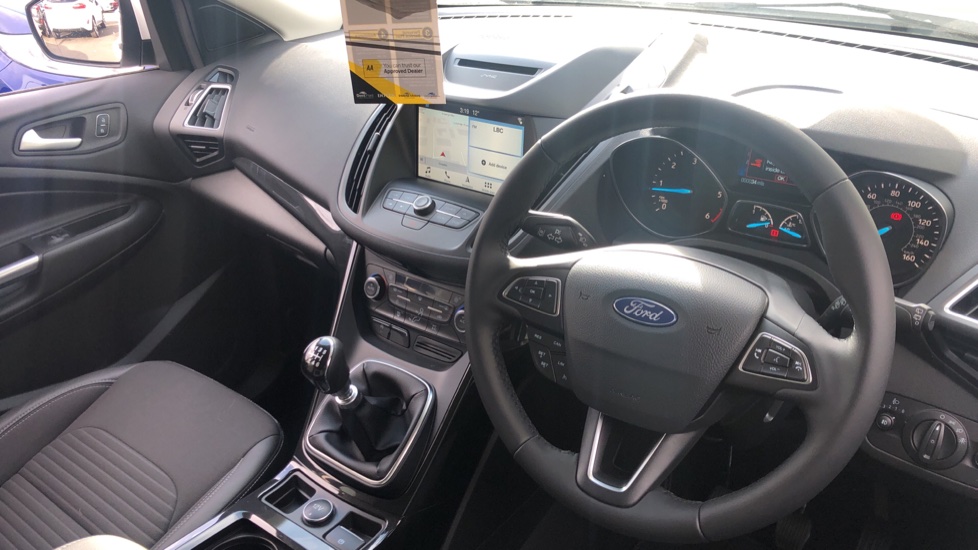 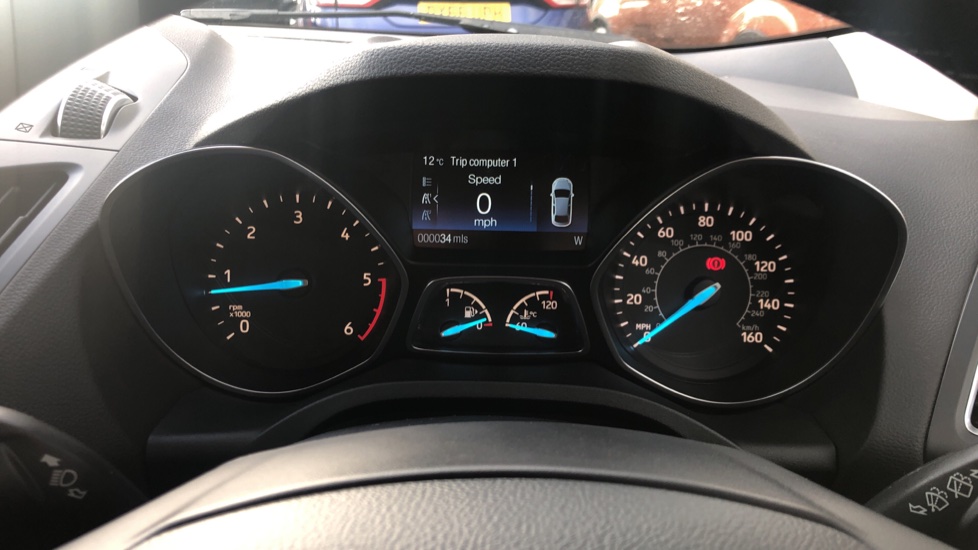 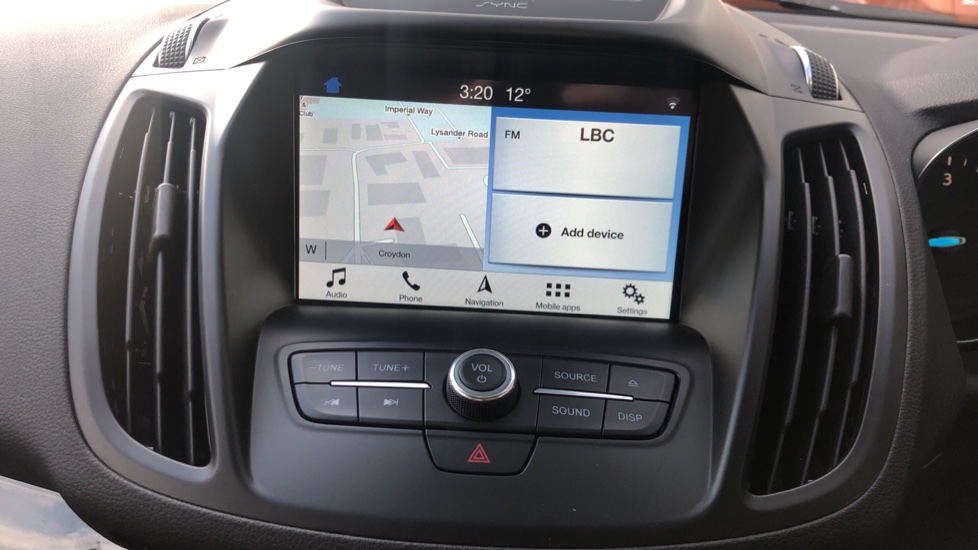 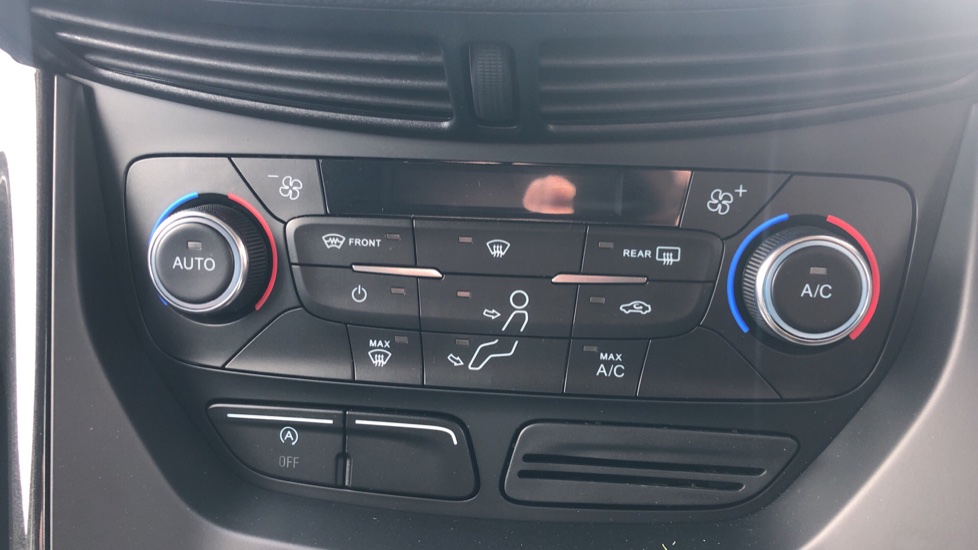 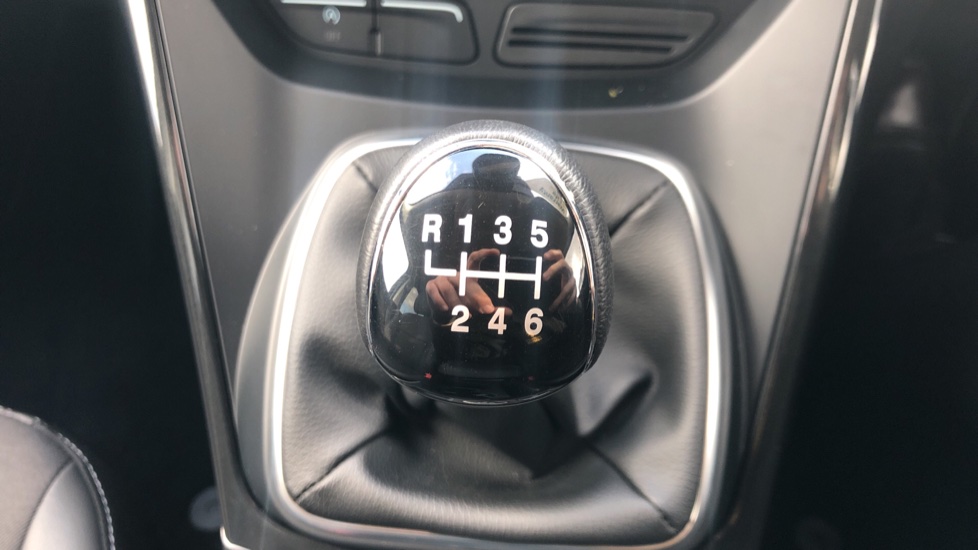 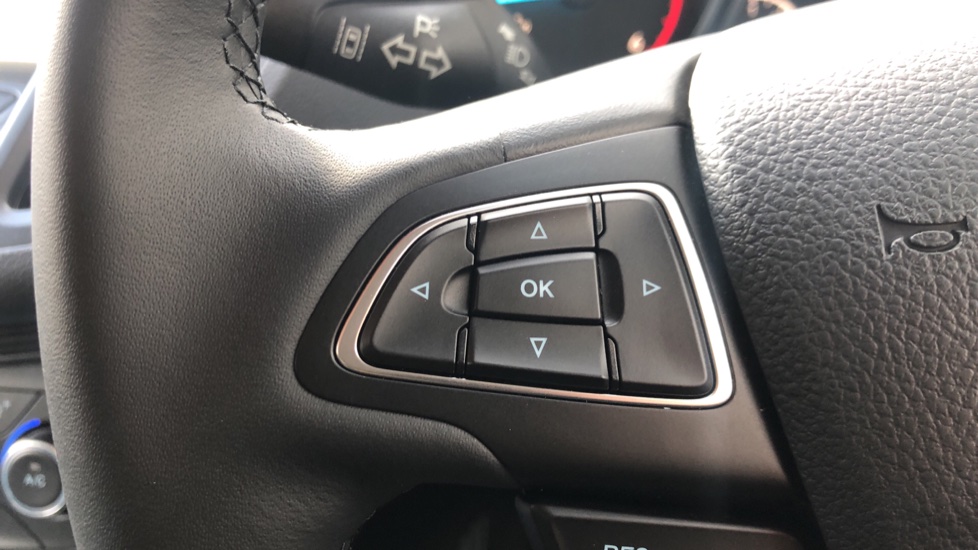 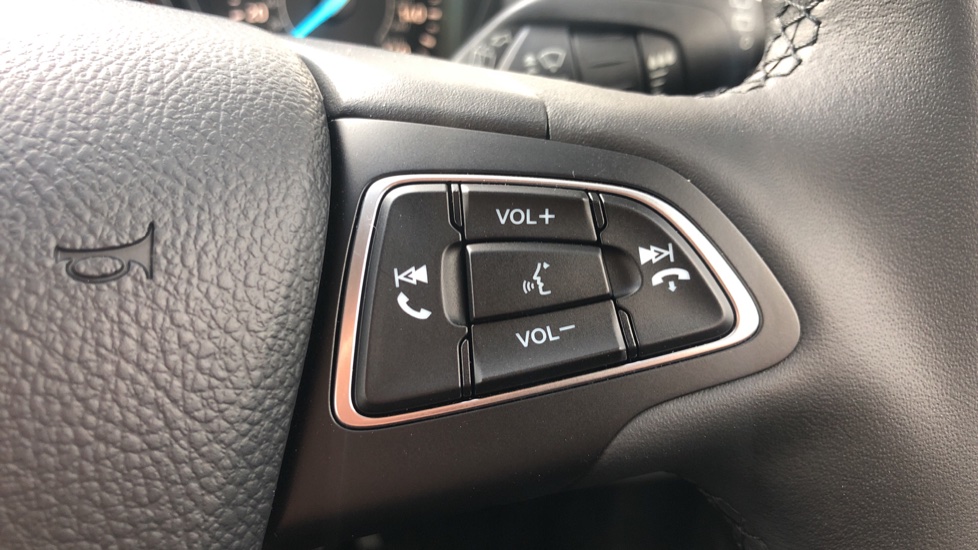 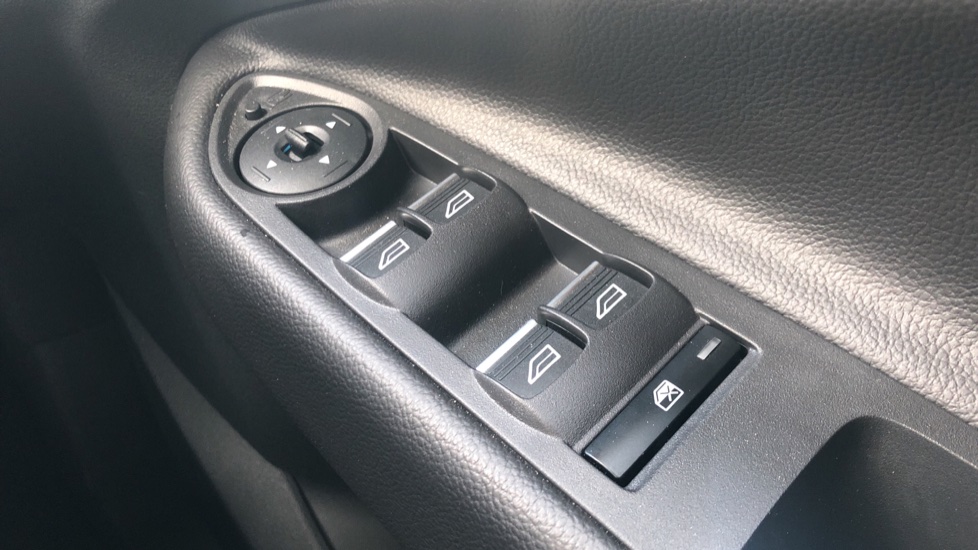 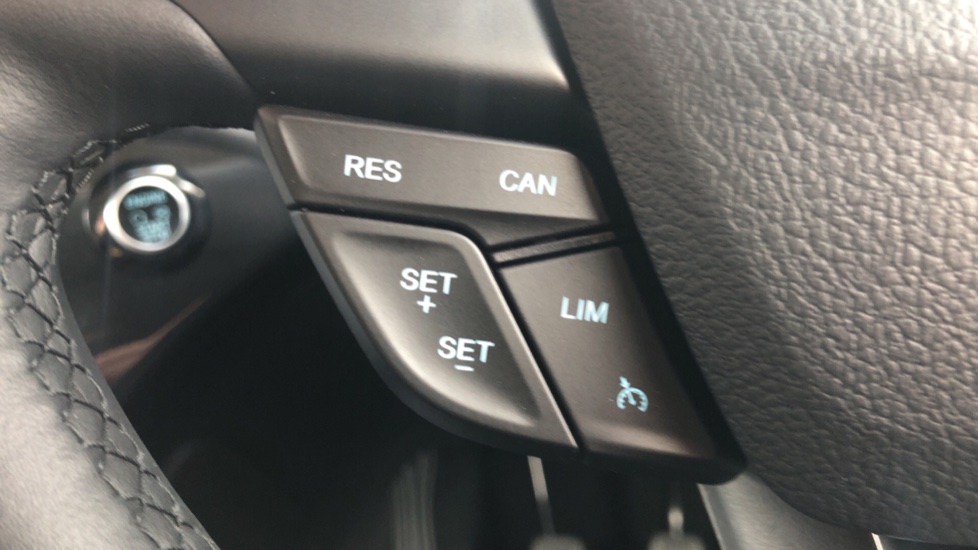 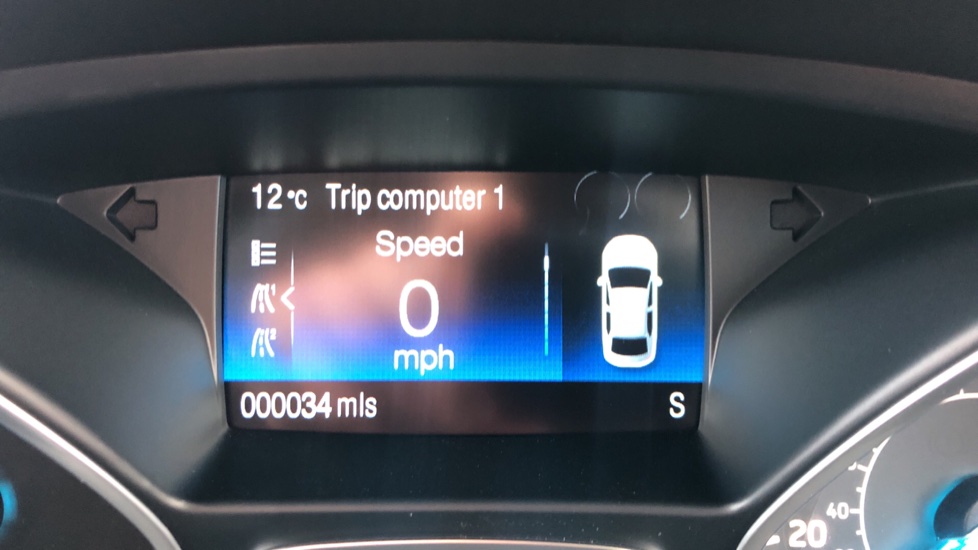 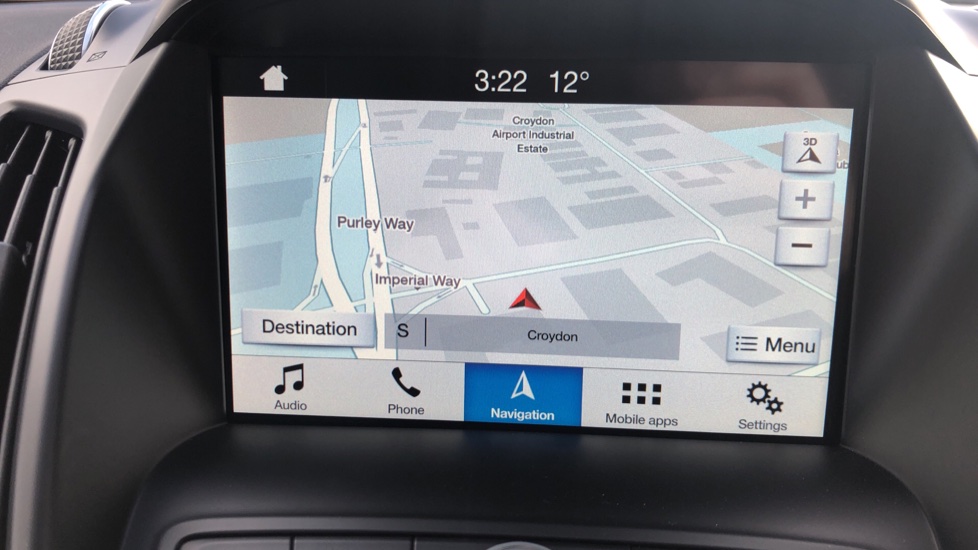 The Ford Kuga evolved quite a lot in 'C520'-series second generation guise launched in 2012, but ideally as a used buyer, you'd stretch to the facelifted version of this design launched in 2016. In this improved form, this Kuga became a more credible contender that'll be equally attractive both to Qashqai-class Crossover customers and RAV4-style soft roading SUV buyers. Compared to the original version of this MK2 model, this enhanced car features sharper styling, a much nicer cabin and extra technology that segment buyers will like. In short, if you're shopping for a mid-sized SUV in this sector, this is a car you very much need to consider.

The Kuga was a mid-sized SUV first launched by Ford in 2008, then introduced in second generation 'C520'-series guise in 2012, a car which was further enhanced in 2016 to create the model we're looking at here. The updates made here were mainly of the kind you'd expect would be needed for this growing fashion-conscious market - smarter looks, extra media connectivity and more sophisticated safety provision. The engineering changes made in 2016 were limited to the sportier suspension set-up provided with a new mid-range ST-Line trim level and the addition of a fresh 1.5-litre entry-level diesel engine. There was also a fresh flagship Vignale specification available at the top of the range, creating luxurious variants that Ford rather optimistically hoped will appeal to buyers who might be considering a car of this kind from one of the German premium brands. The Kuga sold in this form until Spring 2020, when a new third generation design was launched.

You can see why facelift styling updates are necessary. Take a look at the original version of this second generation Kuga, produced between 2012 and 2015. It's a bit bland compared to this revised version. And being 'bland' is an inexcusable fault in today's highly fashion-conscious Crossover segment. What didn't change as part of the MK2 Kuga update package was the way that this Ford remained a global car in every sense, the chassis built in Cologne, the powertrain in Dagenham and the upper body and interior in Detroit, with final assembly for this Kuga in Valencia, Spain. Up front, the bolder nose section follows the styling direction set by the brand's larger Edge model, dominated by a large trapezoidal grille, the final finish of which varies depending on the trim level you've decided upon. High-set headlamps with smart LED daytime running light strips flank this opening and original buyers could upgrade the main lights to include a Bi-Xenon 'Adaptive Front Lighting System'. And at the wheel? Well it's something of a masterclass in demonstrating just how much you can change the both the feel and the general ergonomics of an automotive interior without altering its basic design one jot. Come to this car from the original second generation model and you're going to wonder where all the buttons have gone. A proper infotainment touchscreen set-up can get rid of much of that kind of clutter - as it did here. Someone familiar with the pre-facelift (2012-2015-era) version of this Ford will also notice that in this updated design, there's more storage space in the lower centre console area, extra stowage areas freed up by the installation of an electronic handbrake. In the back, the central transmission tunnel's usefully low and it's important to note that there's as much room for legs, knees and heads as in the best of this Kuga's rivals from this period. This bench can't feature Volkswagen Tiguan-like sliding functionality, but the backrest does recline for greater comfort on longer journeys and the optional Panorama roof gave this part of the interior a light and airy feel. Once the restyled hatch is raised, a 456-litre boot is revealed.

In our owner survey, we came across plenty of owners who loved their Kugas. Inevitably, though, there were a few buyers who'd had problems. We've had some reports of the car going into 'limp home' mode for no obvious reason. And occasional problems with the air conditioning and the navigation system, plus there was an issue in a couple of cases with the radio losing signal. A known problem is water leaking to the driver's side front foot well; apparently, this is caused by a water outlet pipe in the air conditioning being blocked. One owner also reported a leak in his car's roof above the rear passenger driver's side seat. One owner had an oil cooler fault which led to oil leaking out and the need for a new engine. And another reported an intermittent tapping noise from behind the dashboard. We came across reports of a creaking driver's door, a sticking power tailgate, sticking door locks and a faulty handbrake. Look out for all these things, as well as the usual signs of unwise off road use. Check the seat folding mechanism. Otherwise, just look out for kerbed alloy wheels, check for signs of interior child damage and of course insist on a fully stamped-up service history.

The Kuga has long been one of the better SUV Crossover models to drive and this improved second generation model maintained that tradition. Even without the firmer suspension set-up that you get on 'ST-Line' models, body control is better regulated than it is on most other segment rivals we've tried from this period. Plus the well-weighted power steering and electronic aids like 'Curve Control' and a torque vectoring system for extra cornering grip all add to the confidence you feel behind the wheel. Opt for a model fitted with Ford's 'Intelligent AWD' set-up and you can carry that peace of mind forward into really slippery conditions, this being one of those 4x4 packages that continually monitors your driving environment, optimising traction to direct power between the wheels as required. You'll want to know about engines, most of which were carried over from the original version of this second generation model. The one unit that was new was the 1.5-litre TDCi entry-level diesel powerplant, though its 120PS output means that performance is relatively modest. Most will want to opt for the 2.0-litre TDCi diesel, which in volume 150PS guise gives you the option of manual transmission with front wheel drive - or, a 4x4 auto variant. Stick with 2WD and a stick shift and it'll return 60.1mpg on the combined cycle and 122g/km. Choose this 2.0-litre diesel in pokier 180PS guise and it only comes with AWD. The relatively few Kuga buyers likely to want petrol power are offered a 1.5T EcoBoost unit, available with either 120, 150 or 182PS. The lesser two variants are provided only with manual transmission and front wheel drive, but the 182PS model comes only in 4x4 auto guise.

Having in recent years at last got serious about SUVs, Ford has also got serious about this Kuga back in 2016 - as it needed to. The MK1 model was cramped inside. And by the time of its facelift, this second generation version had fallen behind the best of its rivals in terms of ultimate diesel efficiency, media connectivity, safety spec and visual pizzazz. All that was put right here. A number of commentators - ourselves included - had also bemoaned the fact that the original version of this MK2 model didn't feel quite as sharp to drive as its predecessor. With the launch of involving contenders like SEAT's Ateca into this sector, that'd become an issue - and Ford resolved it by offering more firmly-suspended 'ST-Line' variants that kept this car competitive against that Spanish upstart when the road gets twisty. All of which leaves us.. well where? Overall, we came away rating this improved MK2 Kuga as a very good all-rounder. True, if you're shopping in this segment, off piste ability is likely to be pretty low on your list of priorities, but if you want at least some mud-plugging and towing ability, this Ford has the potential to provide more of it than most of its fashionable rivals from this era can manage. And it can do that while making its own Sloane Street statement and beating most of them when it comes to drive dynamics.