Our GLA is finished in the stunning Juniper Red paint and is equipped with 18-inch Alloy Wheels. The 'AMG Line Edition' specification offers a great amount of standard equipment. A Rear Parking Camera with Front and Rear Parking Sensors is provided with PARKTRONIC Assist, Keyless Start and Garmin Navigation is all available on this model. A Powered Tailgate provides access to the cargo area with a capacity of 481 litres. Additional room is provided underneath the boot floor with a 60:40 split folding rear seat to accommodate larger loads. 'Dinamica Suede and Artico Leather' upholstery is trimmed throughout the cabin, with Heated Front Seats included for cold winter days. The 8-inch media display offers access to AM/FM radio bands. Bluetooth and USB media connections are available with Apple Carplay and Android Auto through USB for further media functions. 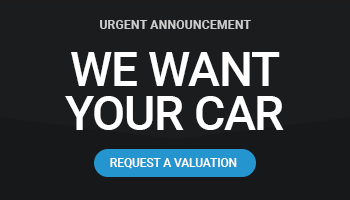 The 1 Owner Mercedes GLA is a brilliant all-rounder. The stylish exterior and high quality interior offers the new keeper a luxurious experience from start to finish.

The GLA, first launched in 2014, was the very first small Mercedes SUV. If you're looking at a used one, try and stretch to one of the post-2017 facelifted models. These are as classy as you'd expect a premium 'C'-segment family hatch-based crossover model ought to be from the Stuttgart brand. Thorough engineering borrowed from the Mercedes A-Class means that that there's plenty to like beyond the badge, primary selling points focusing upon quality and efficiency. In short, it's a car that suits its fashion-conscious segment.

The GLA competes in the premium part of the SUV 'C' sector and, like all models in this segment, is based on family hatchback underpinnings, in this case those of the third generation version of the Mercedes A-Class. Mercedes originally launched the GLA in 2014 but much changed in this class in the years directly following that introduction, hence the need for a package of facelift improvements introduced in 2017. That's what's brought us the car we're looking at here. As updates go, they don't come much milder than this, though Mercedes would of course argue that few changes were really necessary. The front end was brought into line with the brand's other SUVs, the interior was smartened a little, there were some more sophisticated equipment options and, well, that's about it. As before, a class-leadingly light kerb weight made possible an un-bettered set of running cost returns. This car sold until early 2020, when it was replaced by an all-new second generation version.

A small but subtle change of emphasis took place as part of this MK1 model's 2017 facelift. In its original form, the GLA looked a little like one of those rather half-hearted attempts that some manufacturers make at the compact crossover concept - a family hatch with a few SUV hormones thrown in. This facelifted version isn't much different, but the changes made were just enough to give it more visual credibility as a fully-fledged SUV, albeit a very mild, fashion-orientated one. Up-front, you get a higher perch than you'd find in a comparable A-Class thanks to the slightly loftier ride height, but other rivals seat you more commandingly. Otherwise the cabin architecture is very similar to a third generation A-Class, which means yet another interior inspired from the world of aviation, with your eye immediately drawn to the five circular air vents, styled to resemble jet engines and finished in 'cool touch' electroplated metal trim. The three grouped in the centre of the fascia sit below what remains a rather unusual touch, a free-standing Central Media Display. It looks like an iPad that's been bolted onto the upper part of the centre console as something of an after-thought. Actually though, it's a fully-integrated infotainment system that offers its media connectivity via a tablet-style screen that's 8-inches in size provided you avoid entry-level trim. In the rear, knee room is quite limited compared to what you'd get in, say, a rival BMW X1 or a competing Audi Q3 but legroom isn't too bad by class standards, though you'll have hardly any if you find yourself in the middle of the bench, a position compromised by the prominent centre transmission tunnel. The boot comes as standard with a powered tailgate. The heavily styled rear light clusters do necessitate a rather narrow opening, but once the hatch powers up, you'll find 481-litres of space.

Most GLA owners in our survey were satisfied, but inevitably, there were some who'd experienced problems. One owner had a sunroof that wouldn't close. Another had an intermittent parking sensor problem. And another had the engine management light illuminate, advertising an air flow meter issue. We also came across problems including water pump failure, a spurious 'Reversing not possible' dash warning, a loud clicking noise that manifested itself after shutting off the car and a problem with the fuel filler door not shutting. In one instance, the media screen froze. In another, the USB port didn't recognise a device. Otherwise, it's just the usual stuff. Check for signs of damage to the bodywork and alloy wheels. Even though virtually all GLAs came with parking sensors, there may be some and top-spec variants with wide alloy rims are particularly prone to scratches. Check for uneven panel gaps and paint flaws. Inspect the electrics and the air conditioning functionality - it should blow our really chilled air.

On the move, this GLA has a softer damping set-up than the MK3 model A-Class hatch it's based on thanks to the 'off-road comfort suspension' package that's fitted to all mainstream models. Through the corners, body roll is decently controlled and the rather vague steering masks greater reserves of traction than you might expect. Particularly if you've got yourself a model with 4MATIC 4WD, which can send up to 50% of the engine's power to the rear wheels whenever they need it. Most versions of this car come with selectable driving modes. Mercedes calls its system 'DYNAMIC SELECT' and as usual, it's one of those set-ups that'll appropriately tweak steering feel, throttle response and - on auto models - gearshift timings to suit the way you want to drive. You'll be wanting to know about engines. Most GLA buyers will want the 2.1-litre diesel, probably in its base 136hp state of tune, which returns 67.3mpg on the combined cycle and 110g/km (NEDC figures). That's for a front-driven model, which comes with manual or auto gearbox options. If you want your GLA 200d with 4MATIC 4WD, you have to have auto transmission. We'd recommend the 2.1-litre engine in the 177hp state of tune you get with the GLA 220d, a derivative that only comes in 4MATIC auto form. There are petrol options too, starting with a 1.6-litre GLA 200 variant which offers 156hp, has manual or auto gearbox options and is front-driven only. Beyond that, the performance level with a couple of 2.0-litre 4MATIC auto derivatives. There's a 211hp GLA 250 and a startling quick Mercedes-AMG GLA 45 with 381hp.

Back in 2017, the GLA competed in a very different market to the one it was launched in back in 2014. But this facelifted version wasn't really a very different product. It was just as well then, that the original design fundamentals of this Mercedes were so strong. Stylish looks will always get any product a long way. As will class-leading efficiency - which in this case is particularly noteworthy. After all, a 4WD GLA will cost you no more to run than most 2WD rivals: that's a powerful buying incentive. It also helped this product's prospects when new that this facelift package, though mild and lacking in much substance, wasn't without merit. The styling's was usefully evolved to give the car more of a proper SUV demeanour. And the availability of features like full-LED headlamps and a surround view camera added in the kind of high-tech sheen that wealthier downsizing buyers were looking for. And in summary? Well every compact SUV in this class from the 2017-2020 period claims to take concept of sense and sensibility and add to it something of an adventurous streak. This GLA does that too, but with a bit of extra polish. We can see why you might like it.