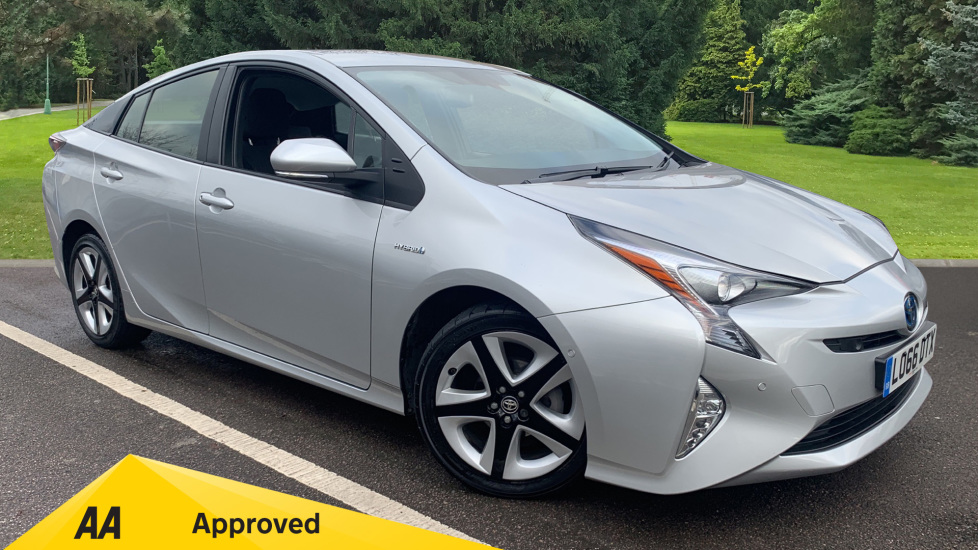 This vehicle is currently in stock at Ford Canterbury and can be purchased from County Motor Works Vauxhall. 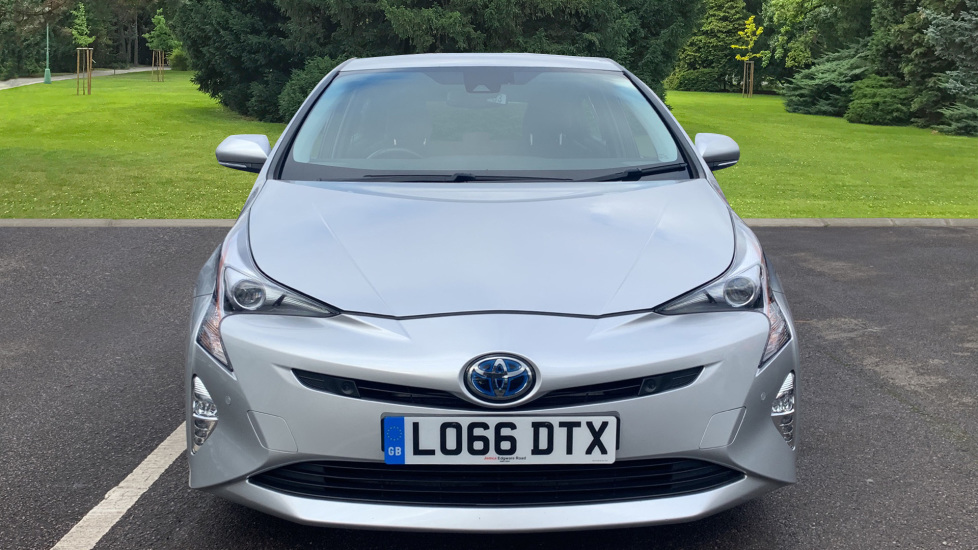 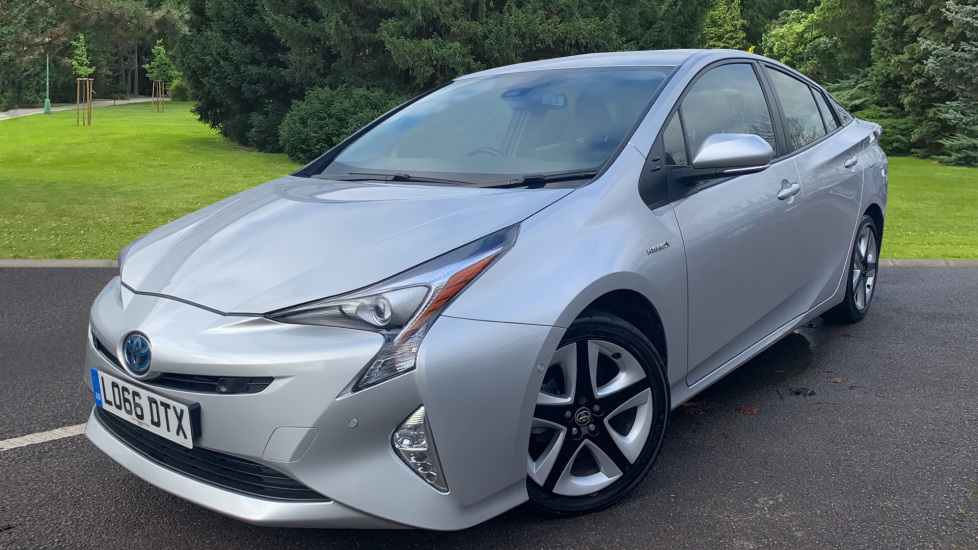 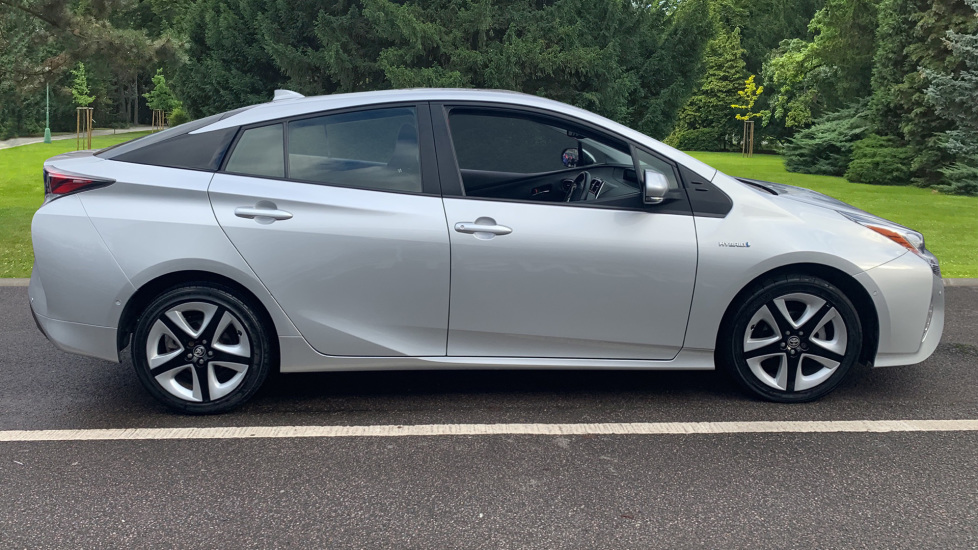 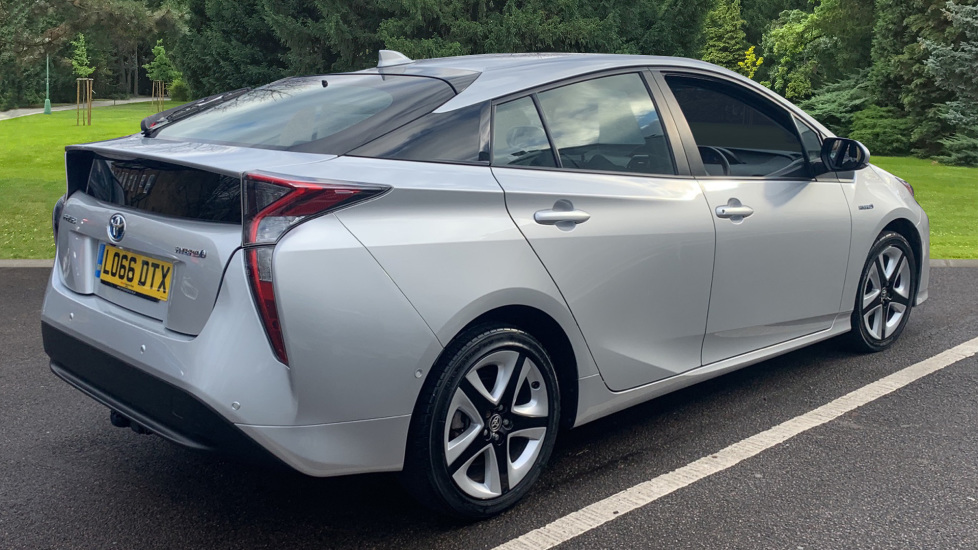 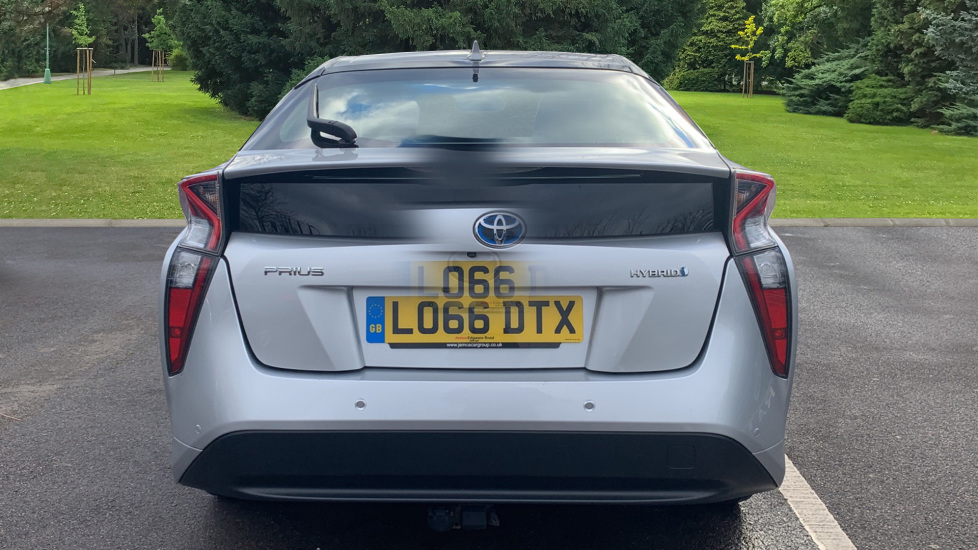 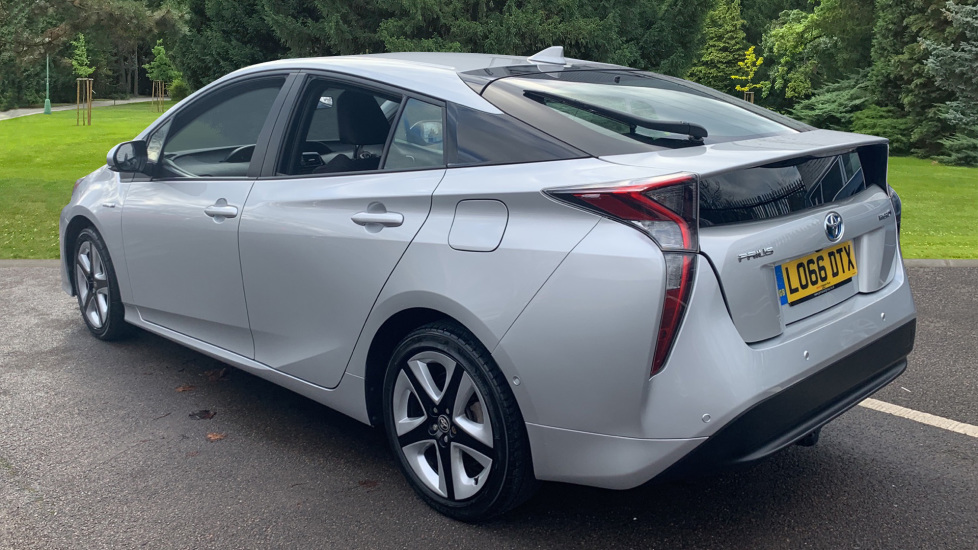 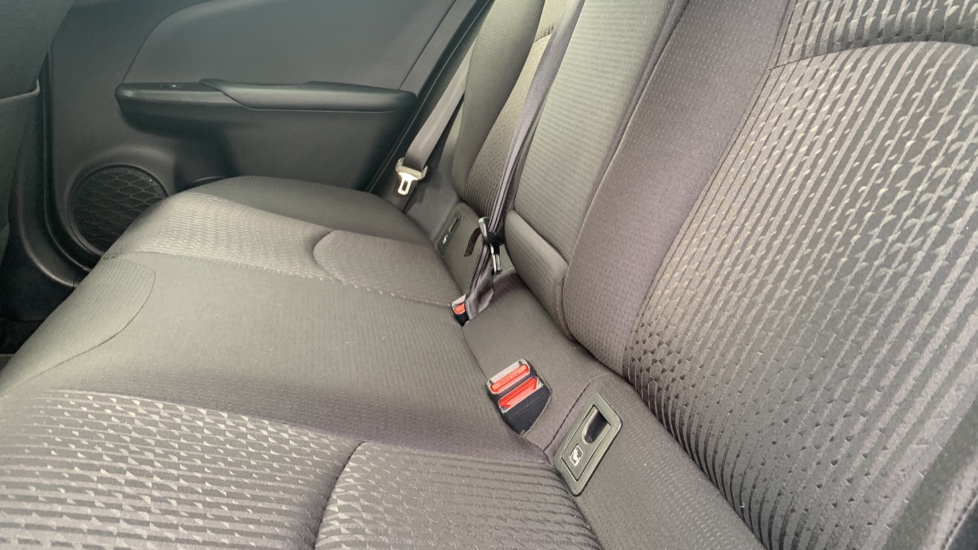 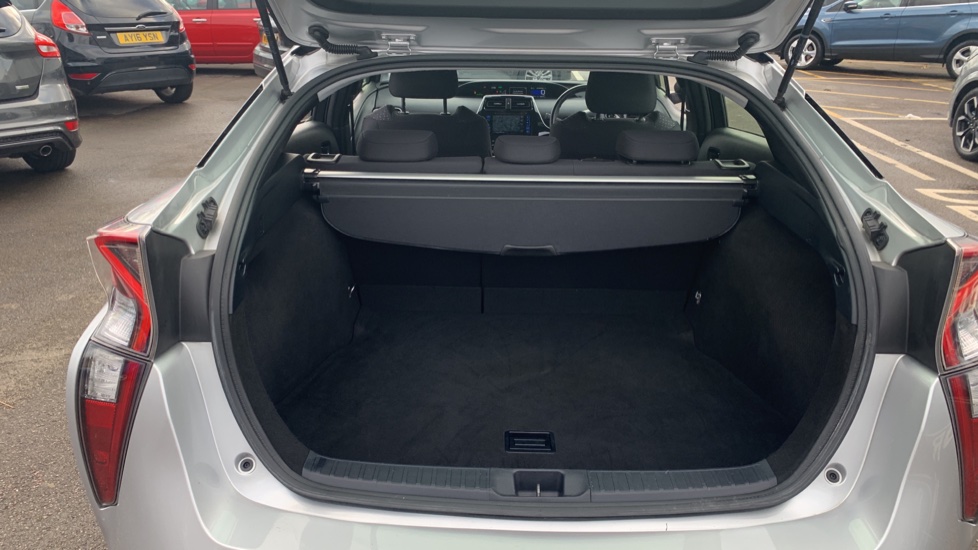 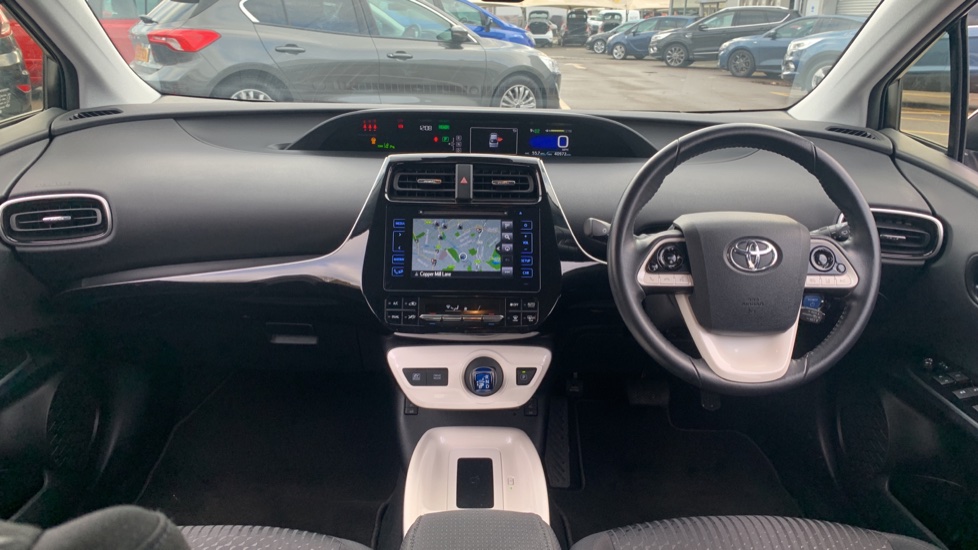 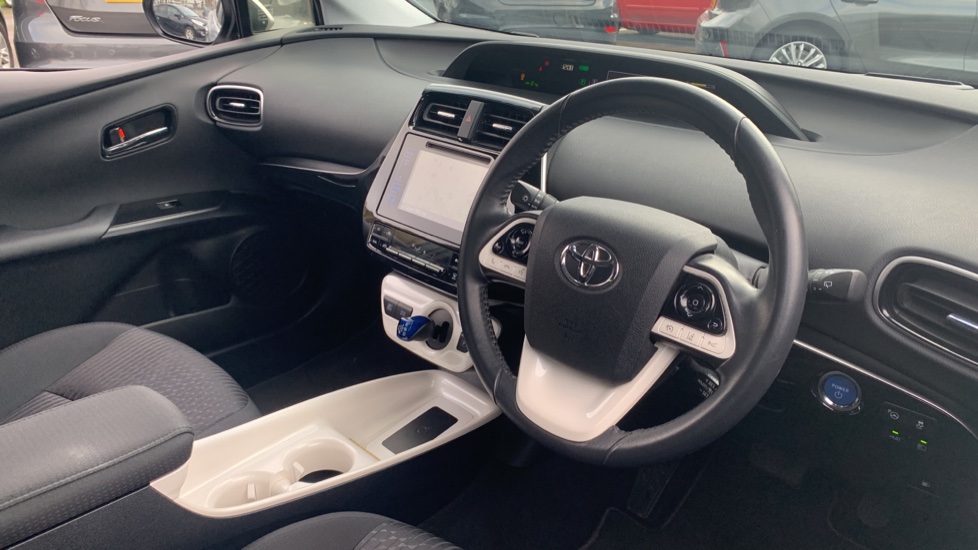 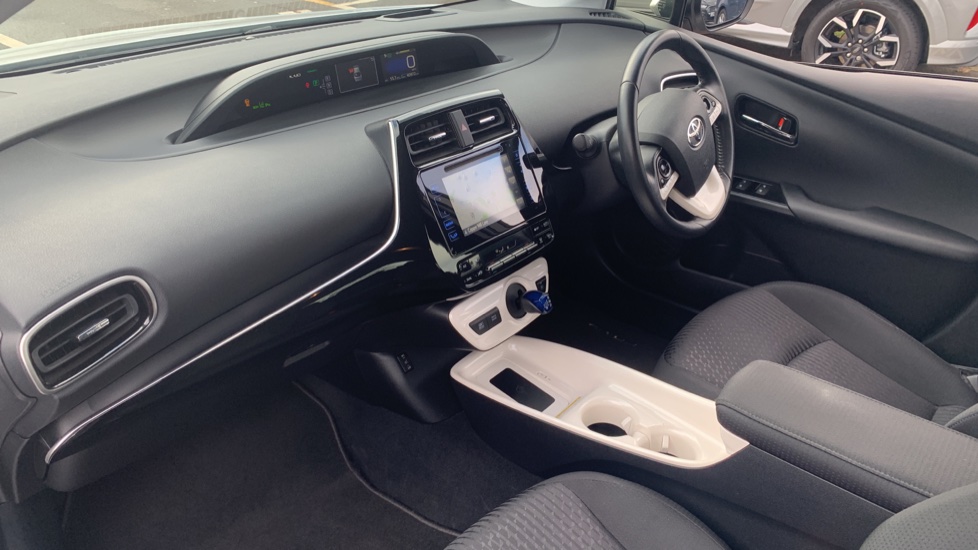 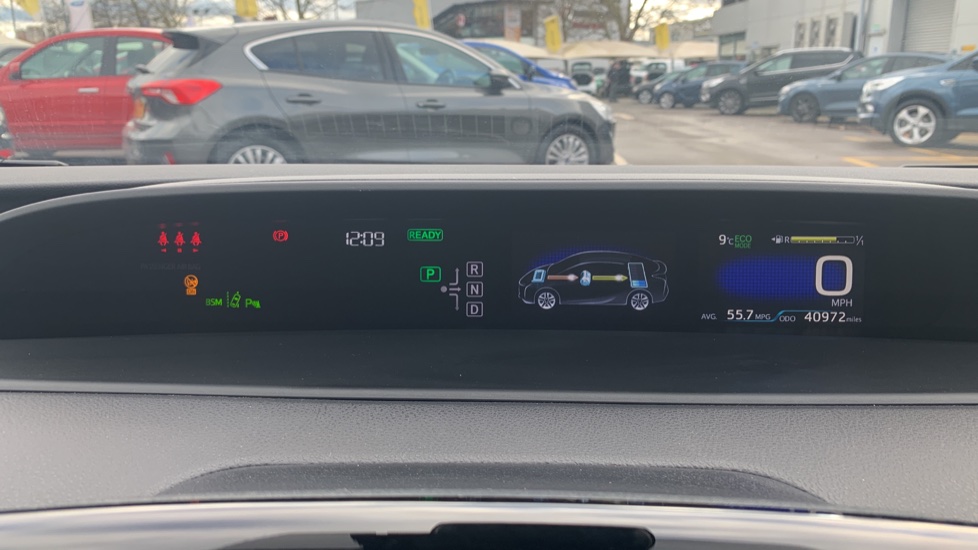 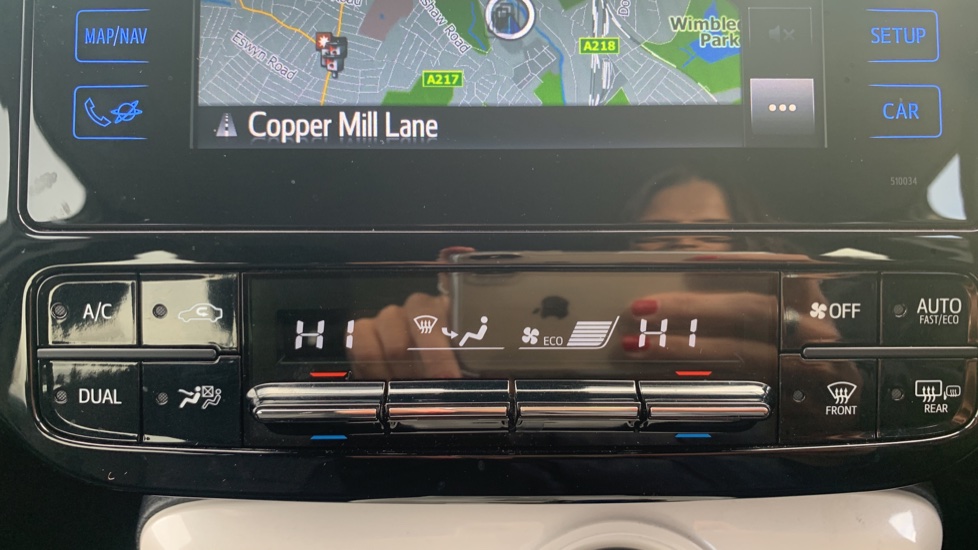 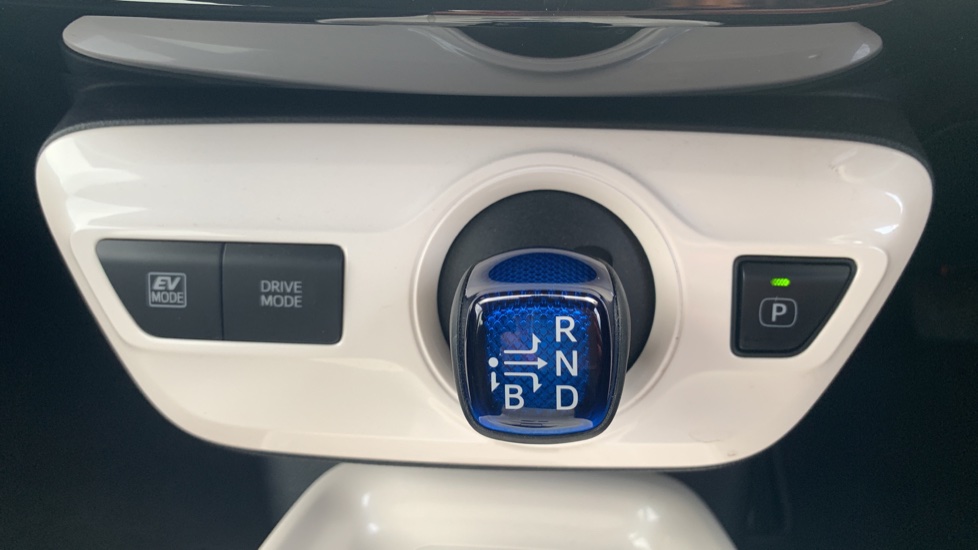 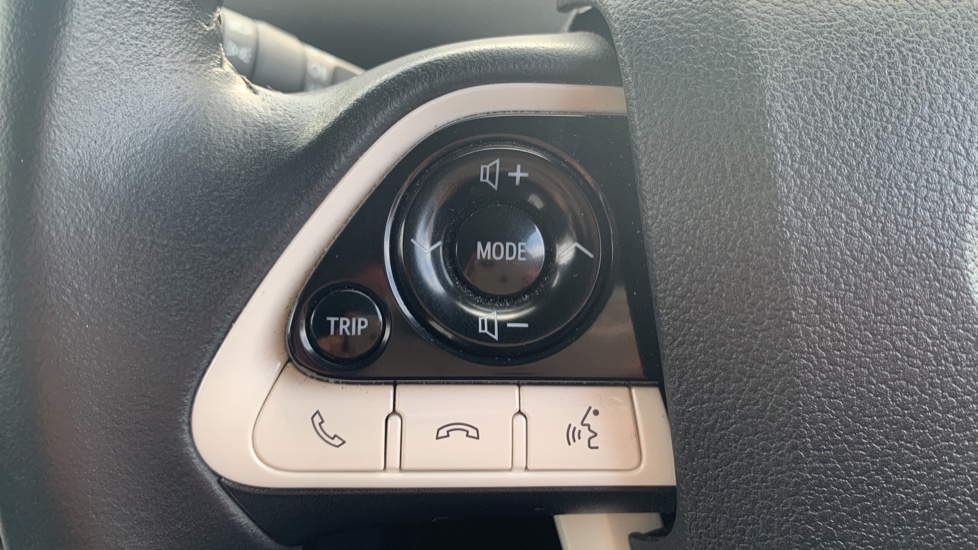 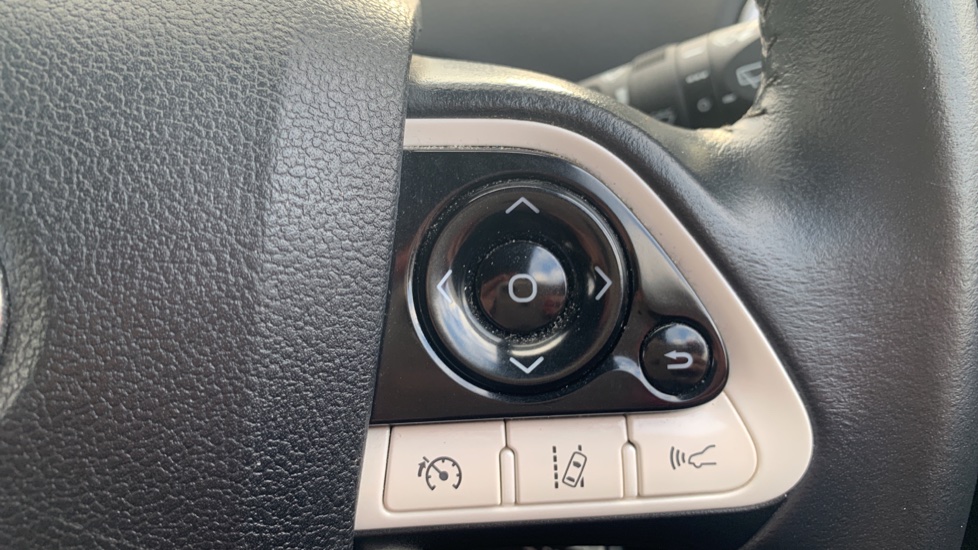 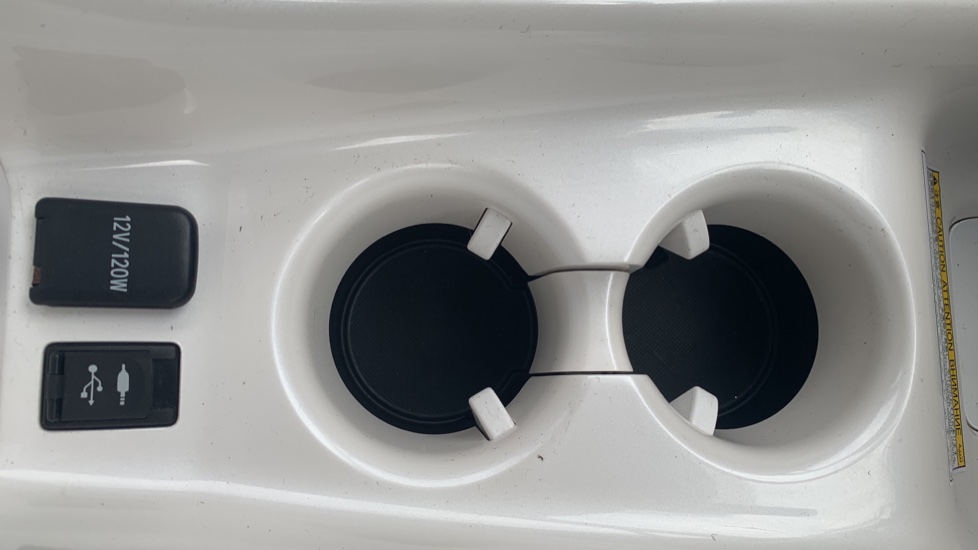 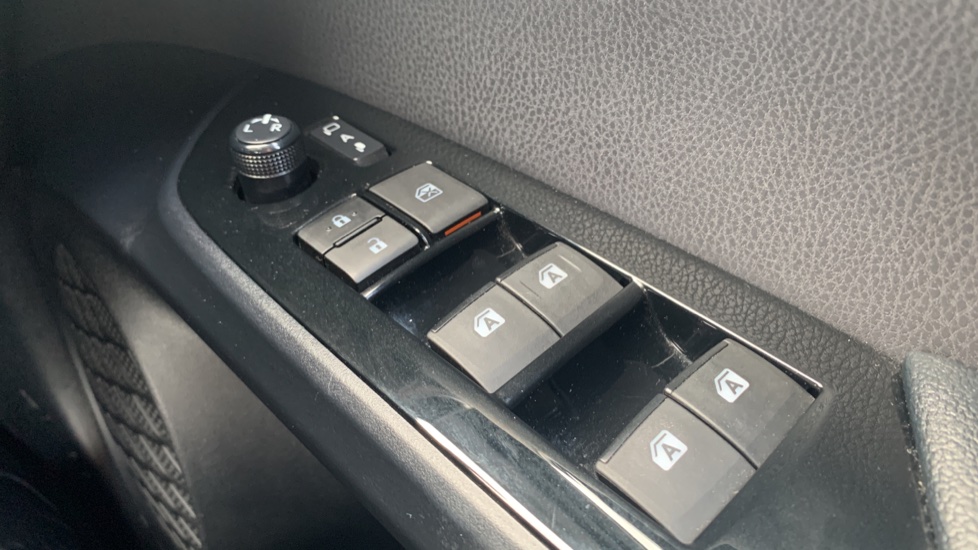 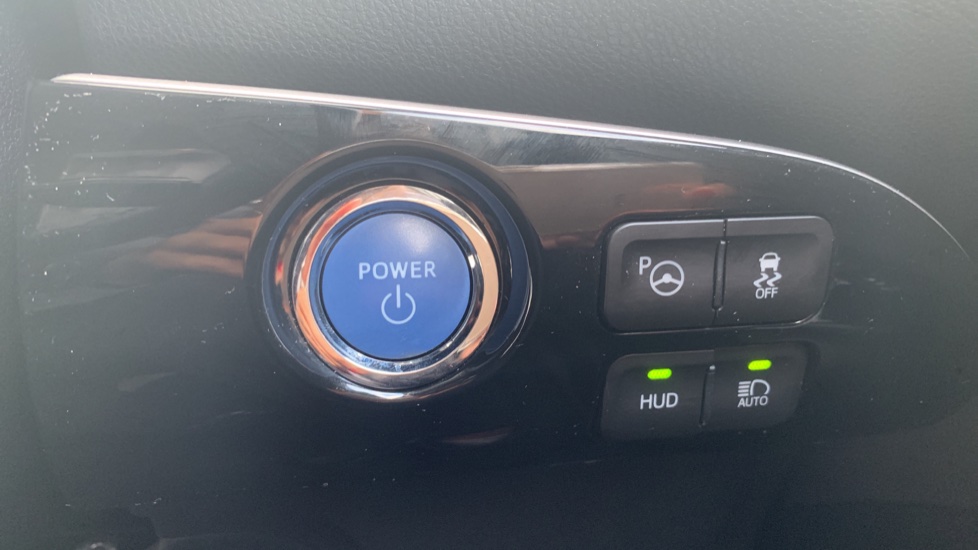 Toyota's Prius remains the most recognisable hybrid vehicle on our roads, but it's very different in this fourth generation guise. There's a sleeker, more striking shape made possible by a stiffer, more sophisticated platform that helps to substantially improve the handling. The hybrid powertrain's cleverer too, hence a set of efficiency returns that once more established this car's superiority over comparably-priced diesel rivals. In short, this car was thoroughly rejuvenated. Here, we check out this 'XW50'-series MK4 model as a used buy.

Welcome to the car that in its first two decades of life re-shaped the global automotive landscape, bringing hybrid technology into the mainstream market, while focusing the motor industry's attention on the way its products could be cleaner and more efficient. Toyota's Prius did all that and in this rejuvenated MK4 model guise, aimed to continue to set those standards, building upon quite a heritage of ingenuity. To understand it, we need to turn the clock back to 1994 and a year in which the Toyota Motor Corporation made a decision aimed at fundamentally changing the way the world would drive. Engines, until that point exclusively fuel-based, could, the company decided, be developed in future to run with a combination of fuel and battery power. This so-called 'hybrid' solution would double efficiency, slash harmful emissions and create a whole new class of car. So was born the Prius, the world's very first mass-produced hybrid-powered vehicle, a model true to the Latin roots of its name in being very much 'ahead of its time'. So familiar are we with hybrids today that it's easy to forget how ground-breaking this technology was two decades ago. It certainly took Toyota a while to get it right, early prototypes catching fire, failing to start or merely silently expiring after just a few miles of use. But Chief Engineer Takeshi Uchiyamada and his 'G-21' development team persevered and by early 1997, the very first Prius model was ready for launch, a dumpy rather awkward-looking saloon that suited the Japanese market but rather puzzled everyone else. Toyota lost money on every one sold - but they weren't put off. The world would have a hybrid: it was simply a matter of time. And public perception - which began to change when movie stars like Leonardo DiCaprio, Cameron Diaz and Harrison Ford all became Prius people. Drive this car and it was clear to all that you cared about your world and its future, a statement that, as it turned out, a lot of people wanted to make. So many in fact that suddenly, what had begun as something GM's Vice Chairman described as 'an interesting curiosity' became a 'must-have' eco-fashion accessory, especially when a larger, more stylish second generation hatchback version was introduced in 2003 with significant gains in power and efficiency. 'You look smart: you should drive a Prius' the advertising told us - and very soon, millions were doing just that, the model's mass-market success sealed with the launch of a third generation version in 2009 that used a more efficient hybrid system and switched from 1.5 to pokier 1.8-litre petrol power, yet was still cleaner and more frugal. By now, Toyota was ready to roll out hybrid technology across all its mainstream products - and share it with its Lexus luxury brand. As a result, by the end of 2015, the corporation had sold over eight million hybrids, 3.5 million of them Prius models. A success story then - to a point. For all its notoriety, the Prius remained a niche market choice in its first three generations of life. A great option if you wanted to demonstrate your concern for the Polar Ice Cap, but too compromised in handling and practicality to interest most mainstream family hatch folk. The suspension lurched through the corners. The CVT auto you had to have was thrashy. And the batteries took up boot space. What kind of car would this Toyota be if these things were sorted and the Prius brought up to date with a younger, more dynamic image, we wondered? Could it be made efficient enough to out-class a fresh generation of eco-minded diesel rivals? And would Toyota match its environmental credentials with an equally impressive showing in the fields of safety and connectivity? These were the questions this MK4 model was pretty successful in addressing, the car launched in the early Spring of 2016. It sold in its original form until mid-2019, when a lightly facelifted version was introduced, but it's the pre-facelift 2016-2019-era MK4 Prius models we look at here.

The appearance of a Prius must not only be instantly recognisable but also aggressively futuristic. That is, after all, the whole point of it. Were you to want this technology packaged more conventionally, you'd be looking at one of Toyota's more ordinary models - a Yaris, an Auris or a RAV4. Here, in contrast, is the poster child of the eco revolution, complete with its familiar styling cues - the trademark arching roofline, the slab sides and the double rear screen. Yet somehow, with this MK4 model, it was different, the concept behind this car reinvented for the modern era by a team of young Japanese designers who set out to make it look more powerful, engaging and sporty. Inside, committed Prius people will find the cabin much the same - yet very different. As with previous models, there are no dials to view through the three-spoke steering wheel: instead, the instrument cluster retains its position top and centre on the dash, in this case made up of a couple of 4.2-inch TFT colour screens. Anything this can't tell you will probably be dealt with by the 'Toyota Touch 2' media screen that sits a little further down on the centre stack, just below the neatly-branded air vents. Enough with the various screens: what about the design? The lower bonnet and the deeper windscreen mean that forward visibility is certainly better than in the past. Otherwise, as usual with a Prius, it all feels very different, with the layered dashboard as ever prioritising distinct control and display zones. Taking a seat in the rear is a process that, unless you're really quite short, will involve the need to duck below the sloping roofline. Leg room here is generous and, thanks to the low central transmission tunnel, it's easier to seat three folk than would normally be the case in this size of car. And out back? Well with previous Prius models, the batteries took up cargo room but they were redesigned here to be more compact and this, along this MK4 version's revised rear suspension and more compact hybrid system, meant that boot space on this 'XW50'-series design rose by 56-litres to a 502-litre total, 343-litres of it below the window line.

As usual with a family hatch, check for this like interior child damage and scratched alloy wheels. Rear dents and scratches may have been caused through this design's somewhat restricted rear vision. Check the paperwork to ensure that your Prius hasn't been used as a taxi - though this car can cope with large mileages. The hybrid system's batteries tend to be durable, easily lasting 10 years or so and going for 200,000 miles. Signs of a weak battery include the petrol engine running constantly or a car that struggles to get above 40mpg on the instant fuel economy readout. Look out for this on the test drive and, as usual, prioritise models featuring a fully stamped-up service record.

On the move, you'll notice some changes to the Prius in MK4 form if you happen to be familiar with an earlier model. For a start, you sit lower down and the driving position's more engaging. That promises a more responsive set of drive dynamics - which are duly delivered through the corners thanks to the extra stiffness and lower centre of gravity made possible by this car's stiffer 'TNGA' 'Toyota New Global Architecture' platform. The sharper electric steering rack also helps here, as does the re-developed double-wishbone rear suspension which is nearly 50% better at soaking up impacts from our country's terrible tarmac than was the set-up of the previous MK3 model. The hybrid powertrain still comes mated to a 1.8-litre VVT-i petrol engine but that VVT-i unit was very different in this car, here working in partnership with a more responsive CVT auto gearbox. The hybrid technology was developed too and as part of that, you get a more effective battery and a clever heat recovery system which combine to enable the electric motor to cut in 60% more frequently than it did with the previous generation model. That's a major factor in the creation of the substantially improved NEDC efficiency stats for this MK4 model - up to 94.1mpg on the combined cycle and 70g/km of CO2, when the car is running on the smaller 15-inch alloy wheels. To get anywhere near to that kind of return of course, you've got to embrace a very environmentally-minded style of driving, activating the provided 'ECO' mode and keeping an eye on the vast array of electronic read-outs provided to discourage any unnecessary flexing of the right foot. It's the Prius way though - and the pay-off comes at the pumps.

In MK4 form, Toyota's Prius finally made real world sense. A car you can justify buying, even if you're not trying to make some kind of environmental statement. True, it isn't cheap but it's decent value for what you get, especially if you compare against comparably-specified high-efficiency diesel rivals featuring engine technology that by comparison, dates back to the Ark. With enhanced driving dynamics, a roomier cabin and more user-friendly design, this fourth generation version dealt with many of the drawbacks which used to be part and parcel of Prius ownership. As a result, Toyota created a model that used car buyers looking for a family hatch hybrid from this period might find difficult to ignore in the gloomy times we live in. A Prius for the people then? That's about the size of it. Toyota's hybrid revolution continues to gather pace.