This vehicle is currently in stock at Warrington Motors Fiat, Peugeot and Vauxhall and can be purchased from Bolton Motor Park Abarth, Fiat and Mazda.

Many of the most popular cars you can buy today draw heavily on heritage for their design inspiration, but the Fiat 500 takes things even further than usual. If you place today's 500 next to its 1960s forebear, it's clear just how close the resemblance is - albeit enlarged by about 50 per cent. Ask about our unique Warranty4Life with comprehensive AA cover on qualifying vehicles 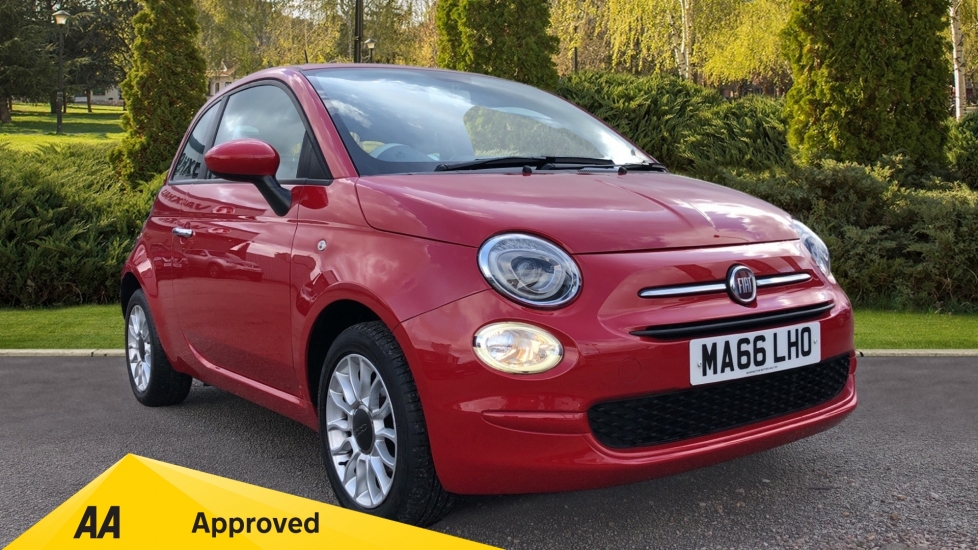 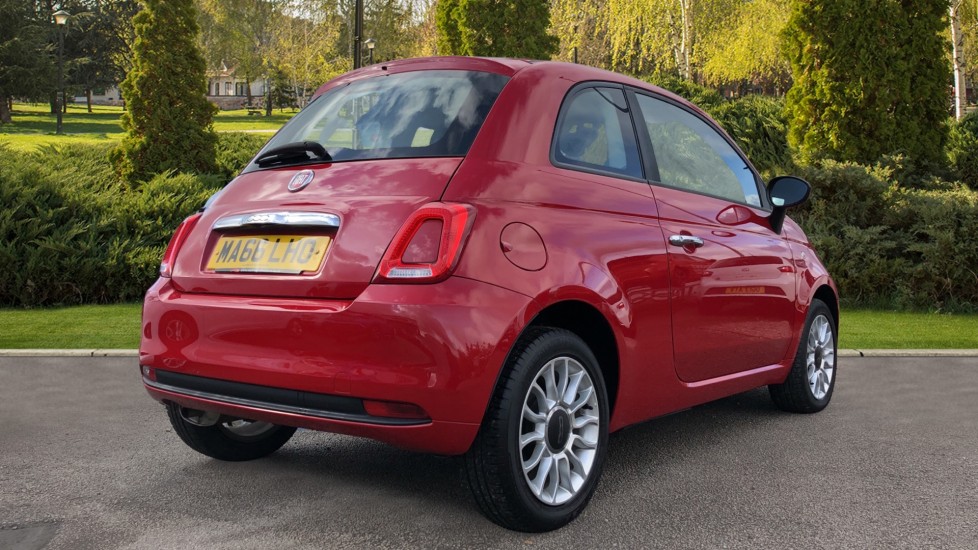 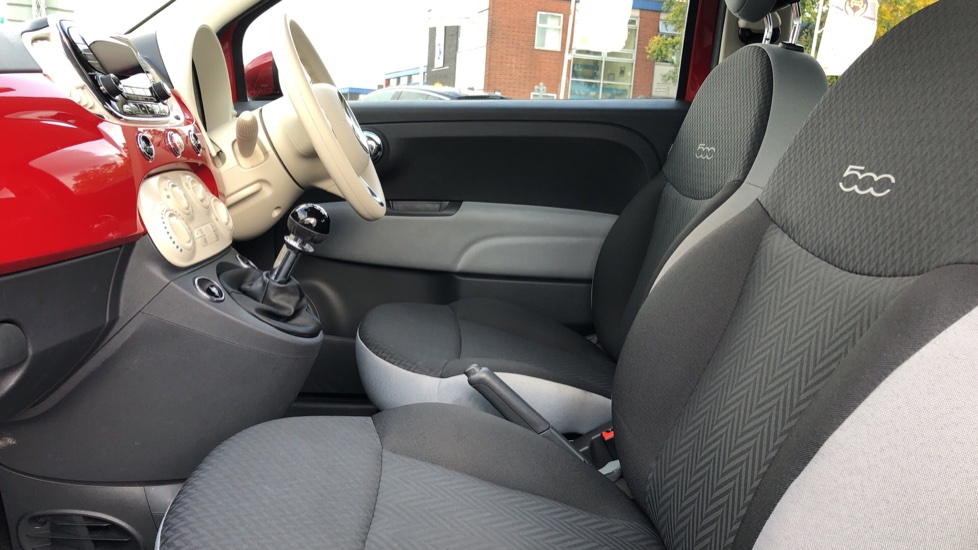 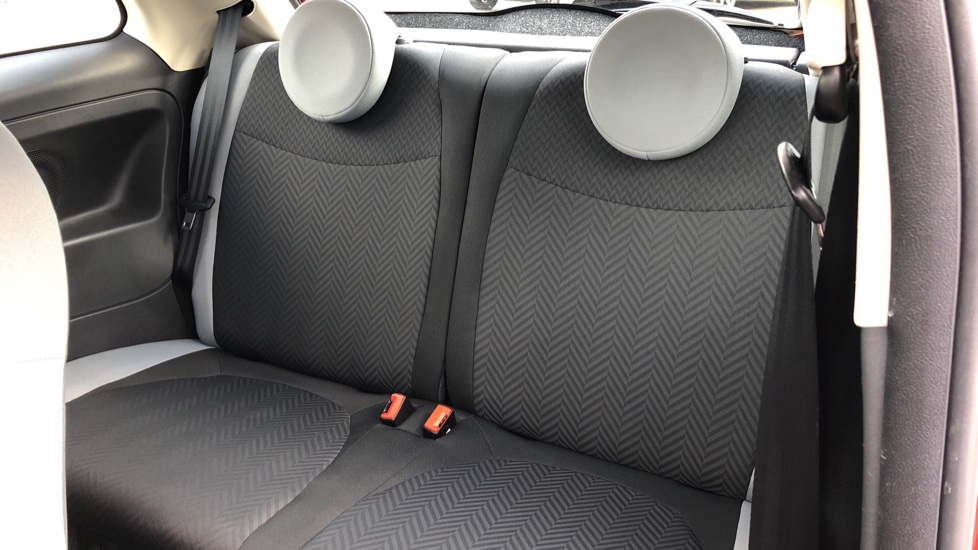 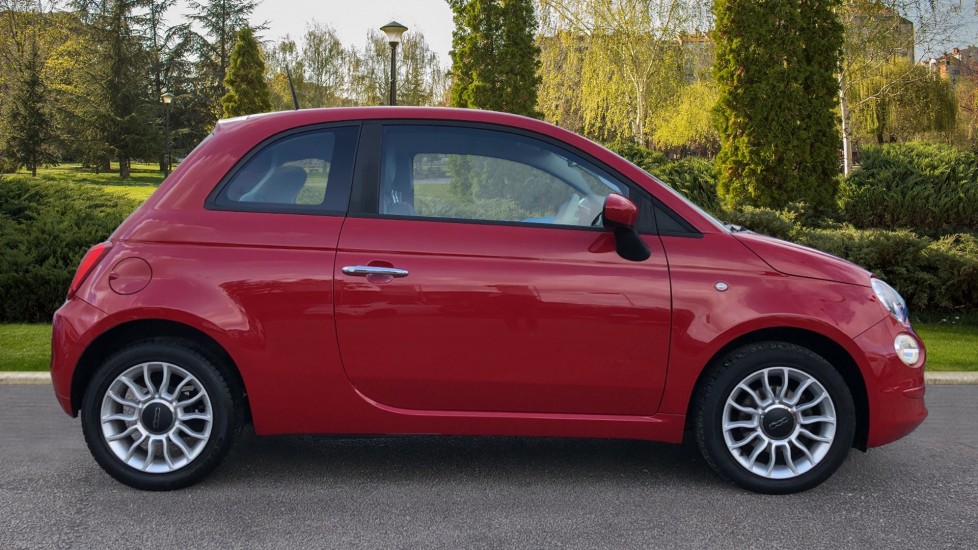 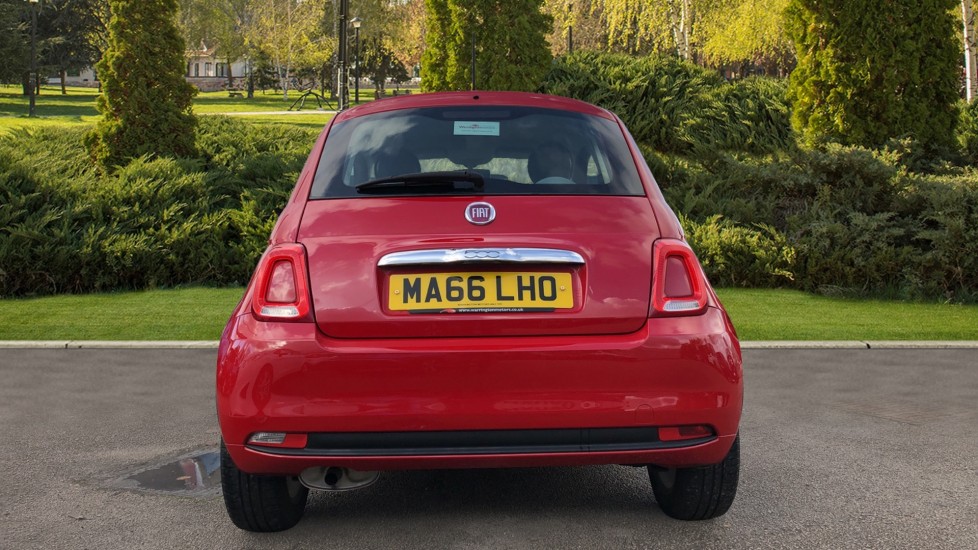 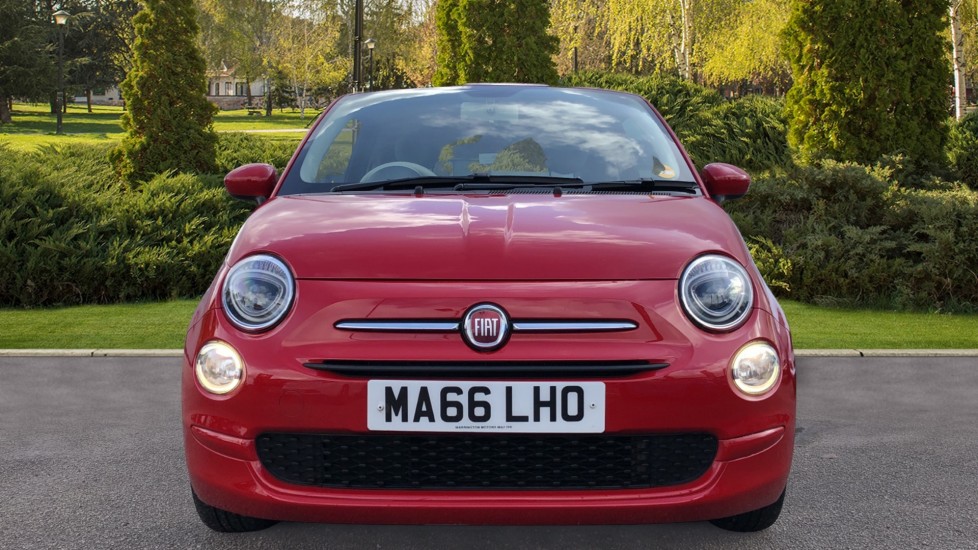 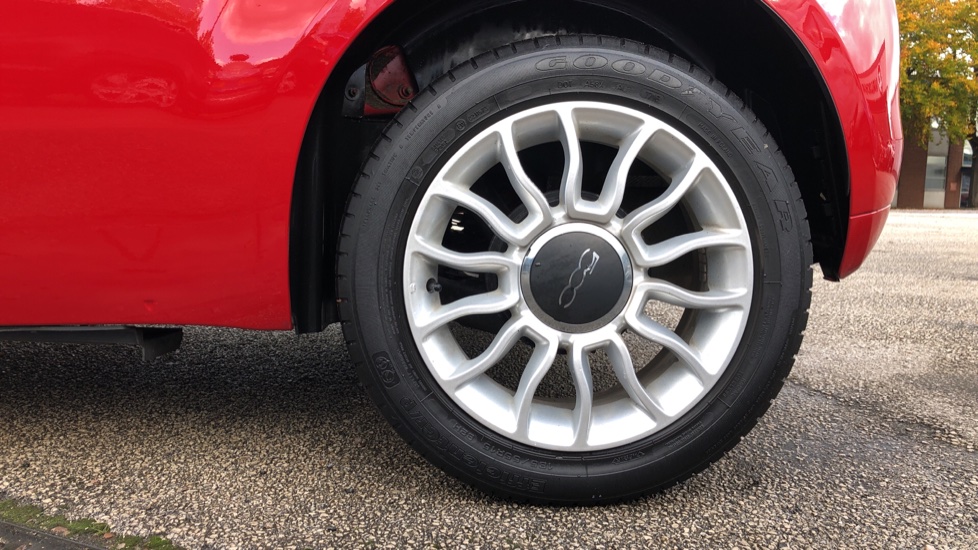 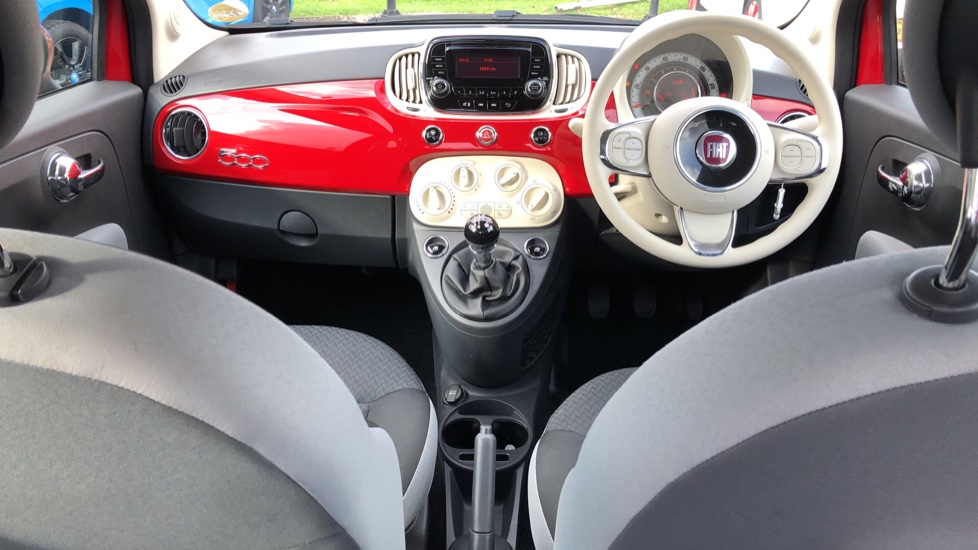 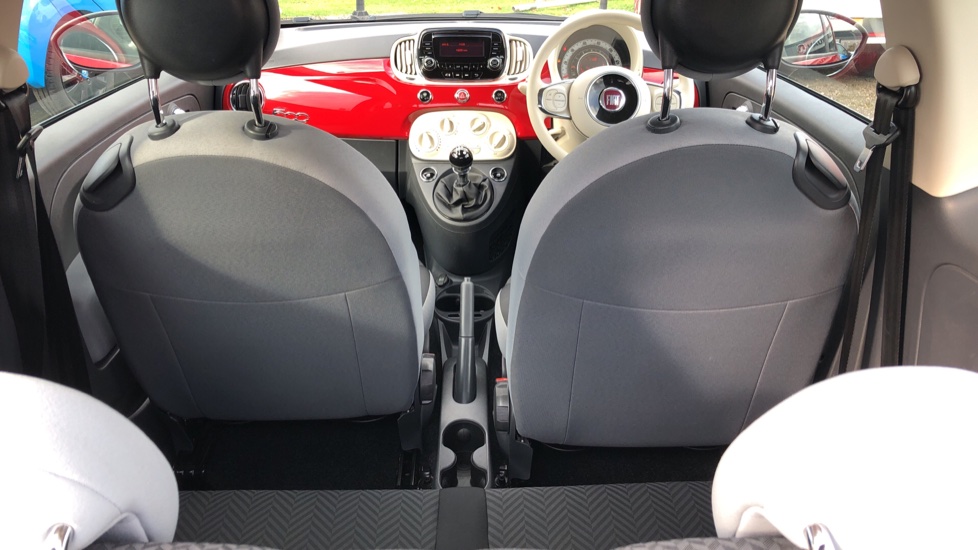 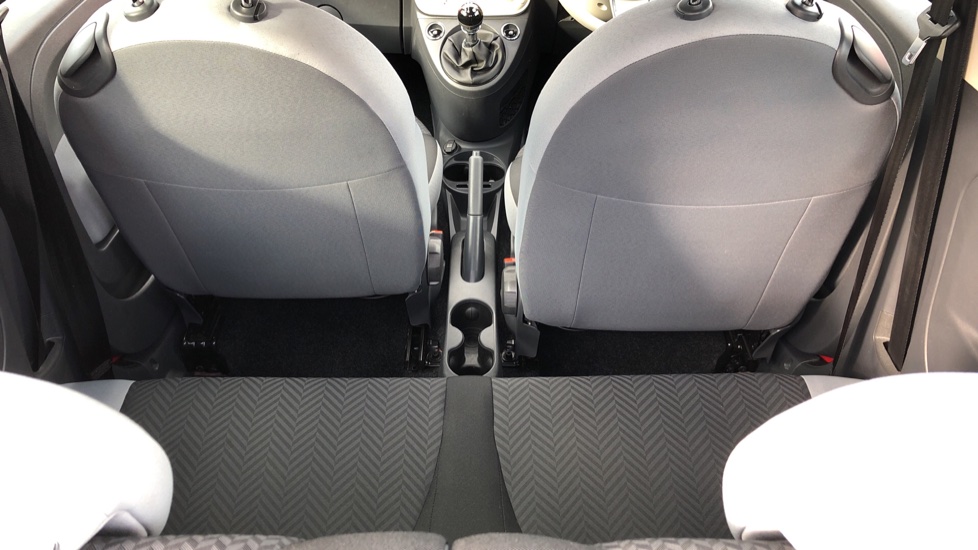 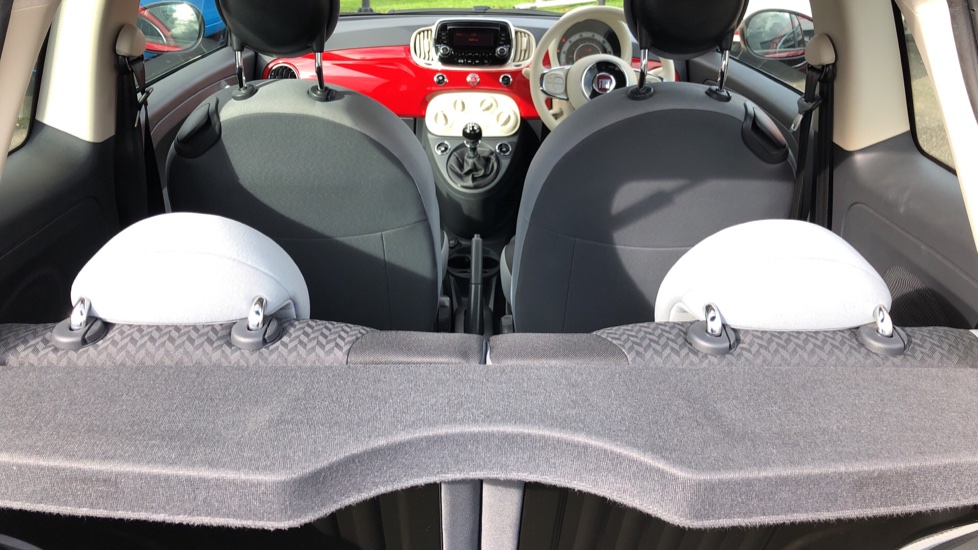 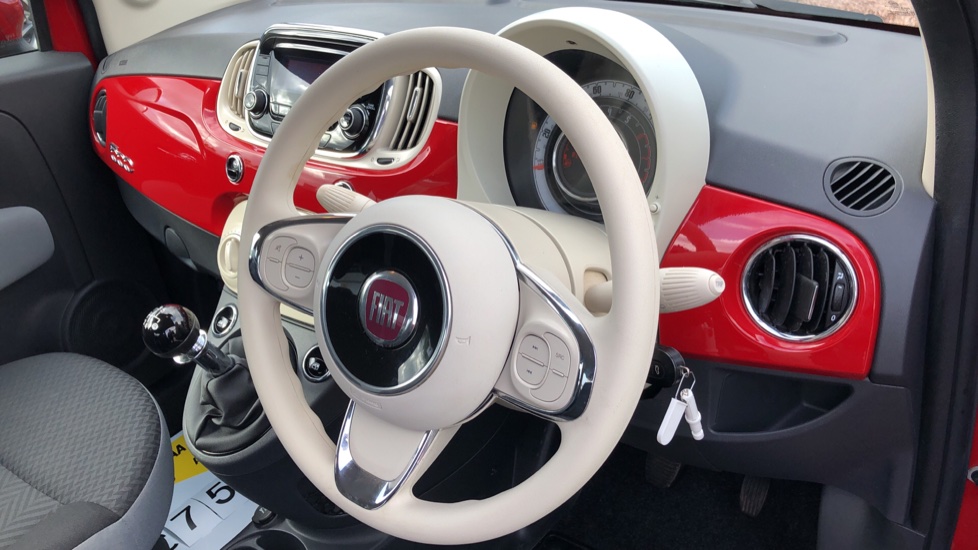 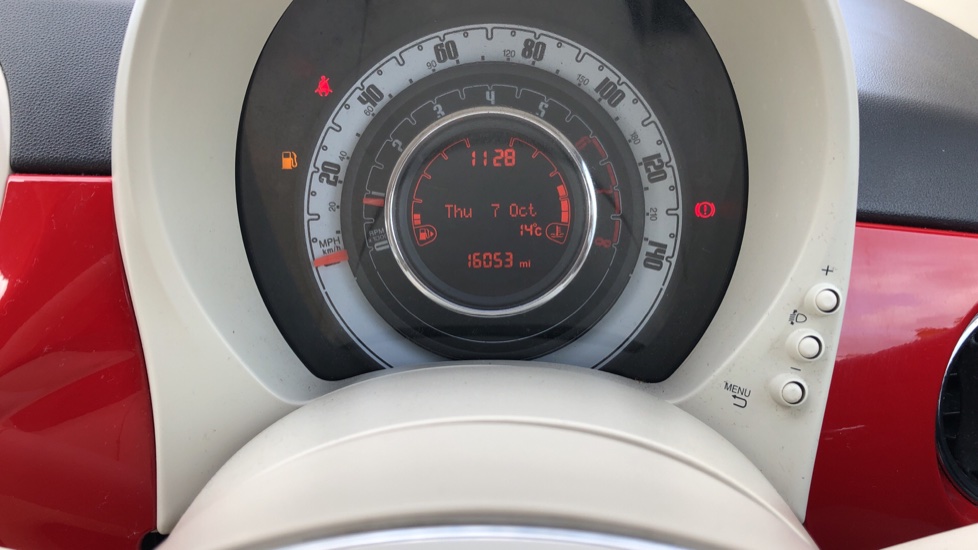 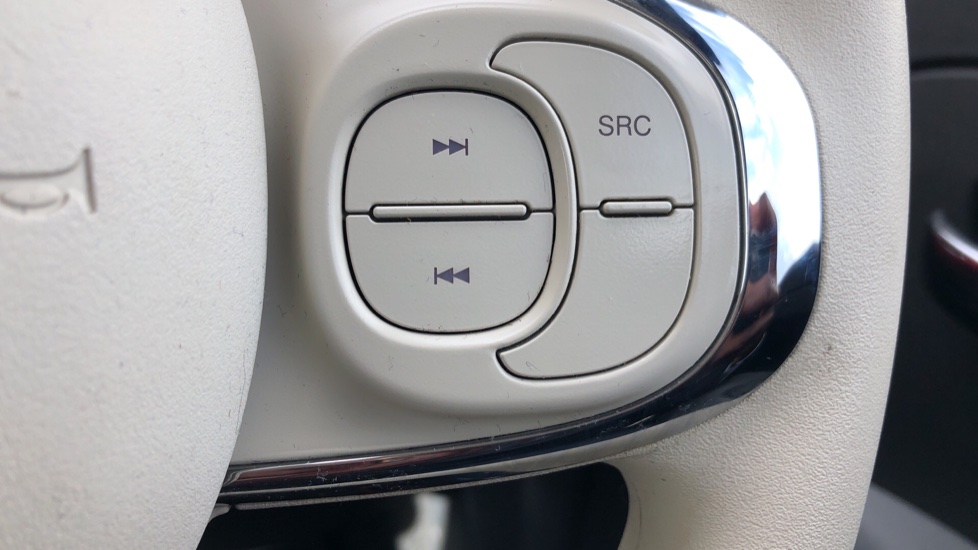 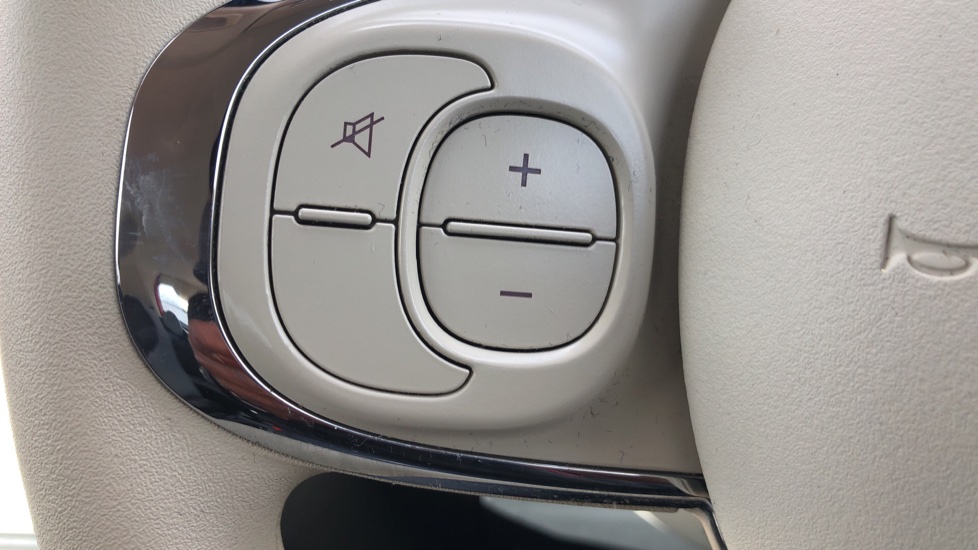 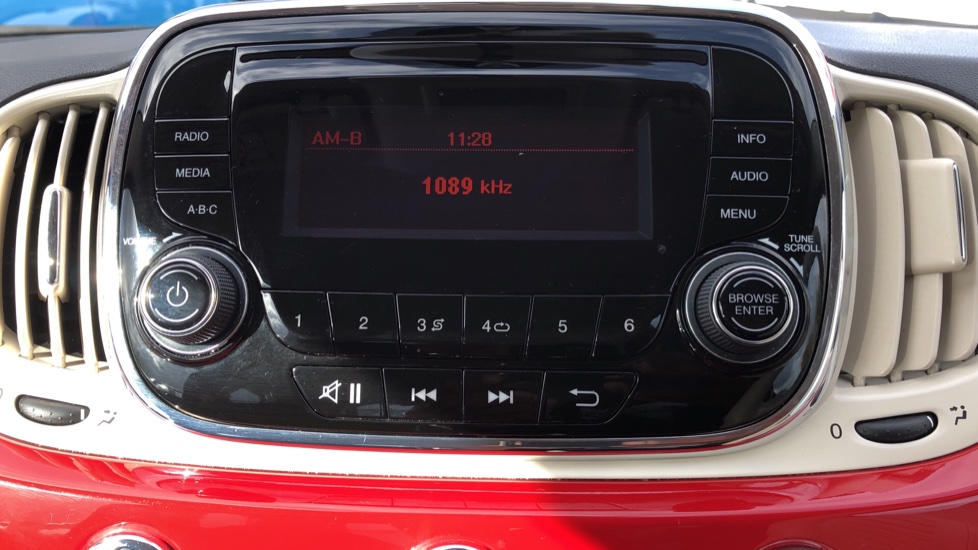 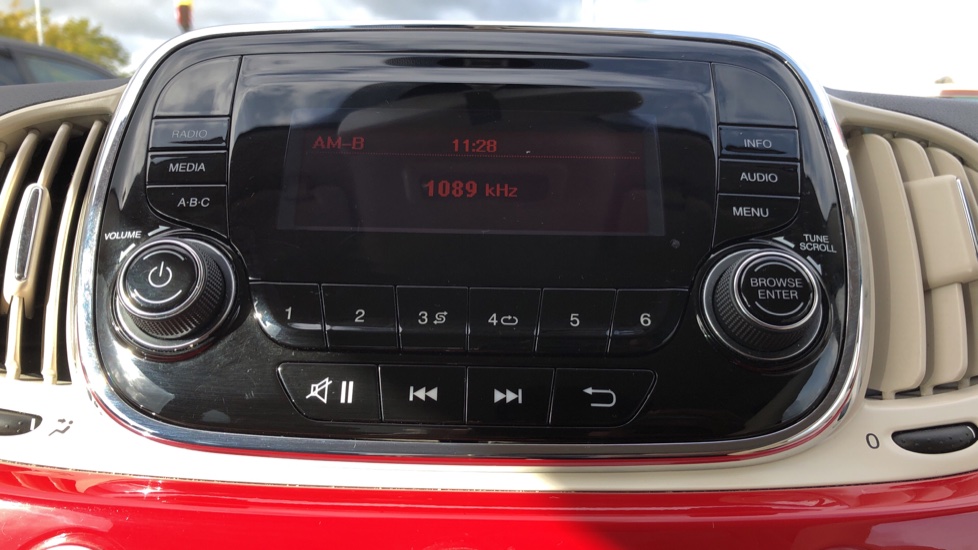 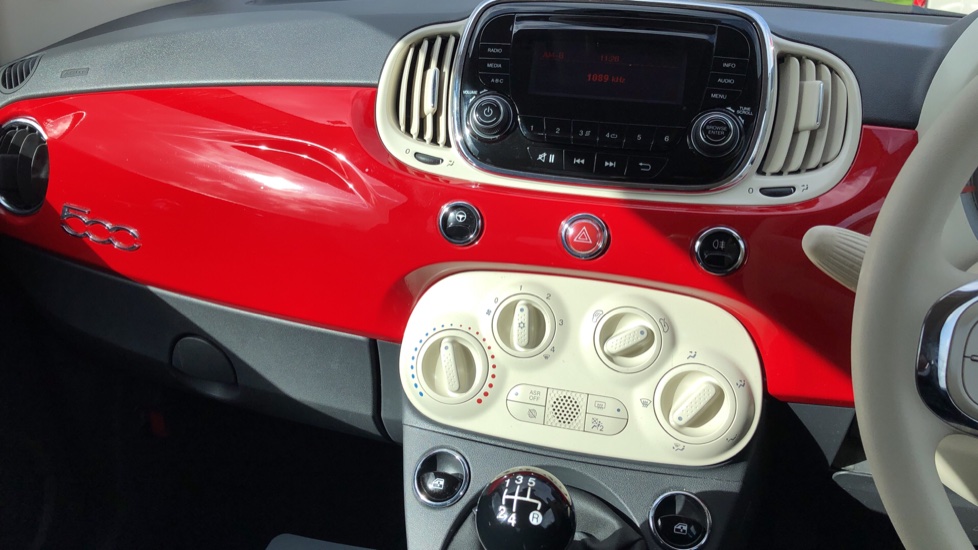 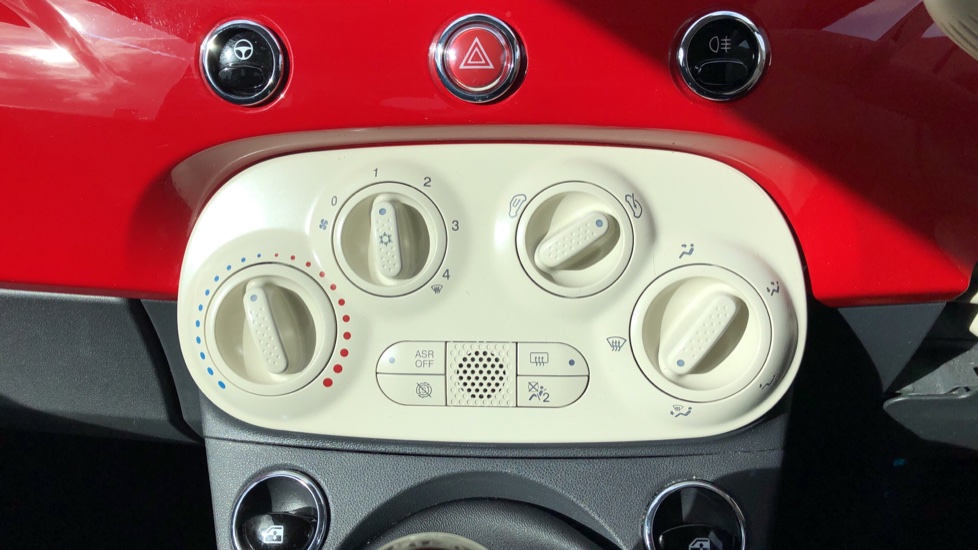 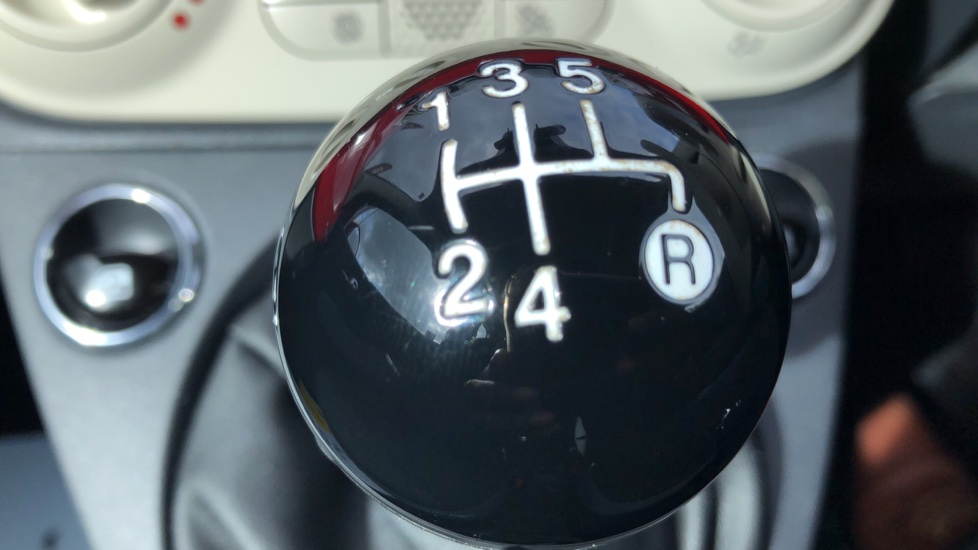 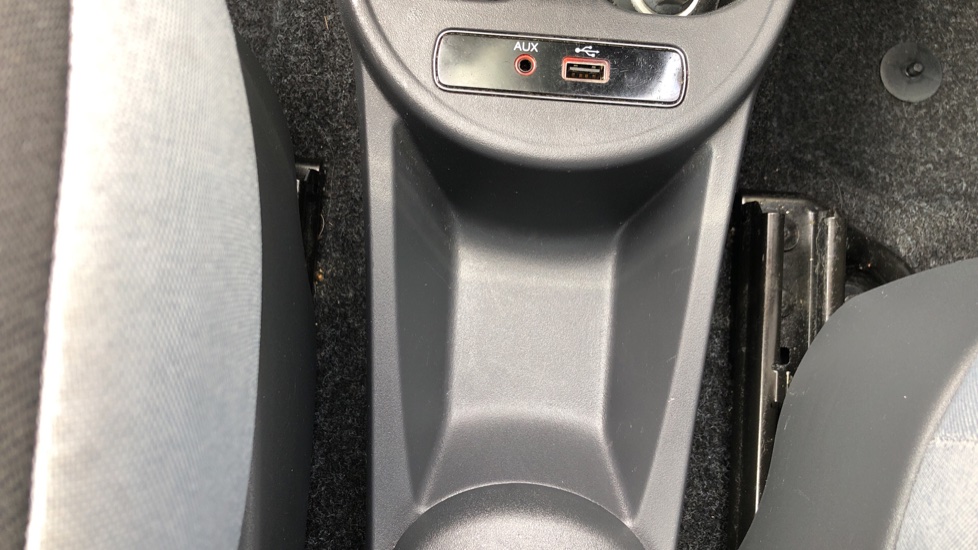 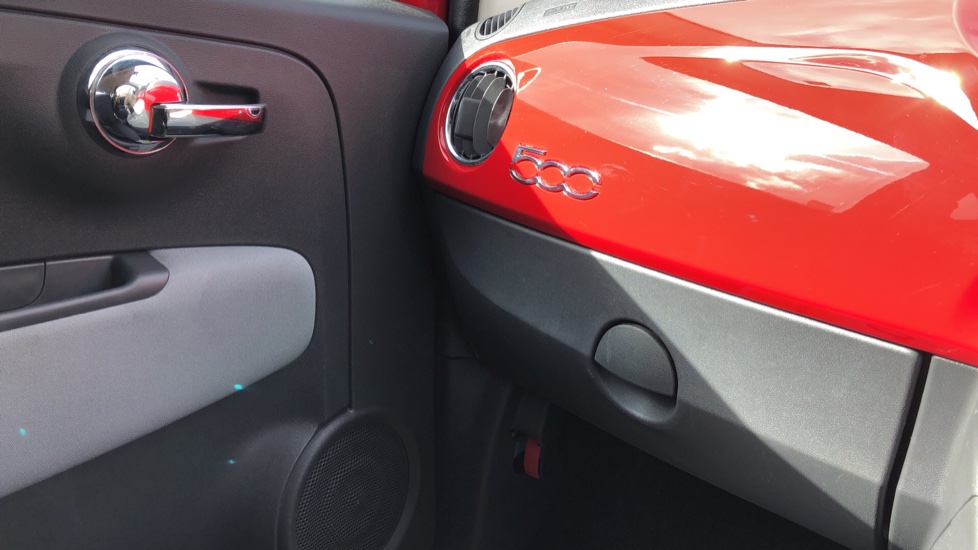 Fiat's cheeky little 500 is a stylish city car that remained as appealing as ever in this rejuvenated post-2015 guise. The car wasn't fundamentally changed as part of this mid-term facelift - but then loyal buyers didn't really want it to be. These people will like the smarter look, the extra media options and the more individual feel that came with this update. You can tell that Fiat knows its market. If you're looking for a used 500, it's worth stretching to this rejuvenated post-2015-era version.

If ever a car has built its brand, it's this one, Fiat's 500. In fact, it's done so several times. First at its original launch back in 1957. And more recently with this modern era version, first launched in 2007 and significantly improved in mid-2015 to create the refreshed version we're going to look at here. You could argue that the reason why this car was created at all lies with the existence of its closest rival, BMW's MINI. When that car was re-launched for the modern era at the turn of the century, Fiat realised it could do the same thing by reinventing its classic 1950s Nuova Cinquecento model. So the Italian brand set to work, creating a new car that drew upon the fashionable cues of the old one and launching it just in time to take on the second generation MINI model. Shortly after the 500's original launch, we got the option of an open-topped 500C body style and frantic Abarth-branded hot hatch versions. Then in 2010, a clever 85bhp two cylinder TwinAir petrol engine was added to the range for extra pep and a little more economy, with a pokier 105bhp version of this unit added to the range in 2014. There was a 1.3-litre diesel engine too. But more work was needed. By 2015, this Fiat was facing tougher competition, not only from the MK3 version of the MINI Hatch but also from other style-orientated small cars like the Vauxhall ADAM, the Citroen-derived DS3 and new generation versions of smart's fortwo and forfour models. Hence the thorough update that created the revised facelifted version of this car we're going to look at here. The look didn't change much as part of this facelift - it didn't need to. Looks were the main reason why prior to 2015, over 1.5 million people had bought themselves this car. Minor tweaks though, brought the styling into line with other larger models in the wider 500 range, plus there was a little more efficiency, more scope for personalisation and wider availability of the Fiat Group's Uconnect infotainment technology. The 500 sold in this form until 2020 when mild hybrid engineering was introduced. It's the 2015-2020-era model though, that we look at here as a used buy.

We'd understand if you concluded that this facelifted post-2015-era Fiat 500 looks pretty much the same as the earlier version. Nevertheless, Fiat insisted that no fewer than 1,800 changes were made in improving it. None of these altered the dinky external dimensions, so at just 3.5m long, 1.6m wide and 1.5m high, this Fiat can easily fit into spaces that even a MINI would have to avoid. If you choose the 500C variant rather than the fixed-top model, you get what amounts to a full-length canvas sunroof which electrically retracts into a concertinaed bundle just above the boot. Most of the exterior styling tweaks that were made here can be found at the front. As part of the update, the main round headlights adopted clever polyellptical modules for improved night time vision and integrated dipped-beam headlamps and turn signals. The lower lights just below deal with the main beam and LED daytime running light functions and adopted the same circular profile so as to graphically reproduce the zeros of the '500' name. Inside, delicious details are everywhere, the coloured fascia panels featuring iconic '500' badging and colour-matched against the bodywork. The key change to this improved model was reserved for plusher variants, a 5-inch 'Uconnect LIVE' infotainment display screen mounted high on the dashboard, right in your line of sight. This system, which was optional on lower-spec models, allows Bluetooth hands-free calling, music streaming, voice recognition and an SMS reader that will read text messages to you. As for the rear seat, well, given that the external dimensions of this car are so short, you won't be expecting to find much room there - and there isn't. Larger adults will find their heads brushing the roof and will need to make full use of the elbow cut-outs indented into the side panels. Most though, will find the space provided just about sufficient for two people on short to medium journeys - and it'll probably be fine for kids. Out back, the boot has a high lip and a narrow opening and remains one of the more compact offerings in the segment. Once you get your stuff in though, the 185-litre space it provides is no smaller than an ordinary mainstream citycar like Toyota's Aygo would give you.

As most used car experts will tell you, the Fiat 500 is a reasonably sound home for your money. Here, we're going to quote based on the fixed top 3-door hatch version; the alternative '500C' body shape with its sliding fabric 'sunroof-style' top is worth a model-for-model premium of around £1,500. Prices for this post-2015-era facelifted model start from around £4,700, which gets you a base-spec 'Pop'-trimmed hatch variant with a '15-plate, with values rising to around £9,200 for one of the last pre-hybrid '20-plate models. Allow around £300 more for mid-range 'Pop Star' trim - and around £700 more for plusher 'Lounge'-spec. If you want the perkier two cylinder TwinAir turbo engine, prices start from around £5,200 for 'Pop Star' trim on a '15-plate, with values rising to around £8,300 for an '18-plate car. Allow around £800 more for plusher 'S' or 'Lounge' trim.

The 500 has earned a decent reliability record, helped in no small part by its reliable engines. Many will have been used as driving school cars, so check for slipping clutches. We've come across other issues with trim rattles (the driver's door handle has been known to easily break) and problems with the heating and ventilation system. Thoroughly check the Uconnect media set-up too, if your car has it. Check for upholstery damage caused by child seats in the back, typical supermarket dints and scrapes, DPF filters on the diesel cars and ensure all the electrical functions - which can get surprisingly sophisticated on up-spec models - work as advertised as these can be expensive to fix. The 500 isn't bad on consumables like brake pads and most people should be able to park it without nerfing the extremities. The Dualogic auto gearbox can be temperamental.

And on the move? Well the Italian brand enhanced refinement and improved the braking performance of this revised model but in truth, the dynamic feel of this car won't be a very important consideration for most potential buyers. They'll be more interested in the super-tight 9.3m turning circle and the way you can twirl this car into the tightest parking space thanks to the super-light 'City' steering feature. These people will often be urban-based - hence the relatively high take-up for the clutchless 'Dualogic' transmission option. And over 80% of them tend to opt for the powerplant you'll most commonly find, the 69bhp 1.2-litre petrol unit. There are other engine options - a 1.3-litre MultiJet diesel and the 1.4-litre T-Jet turbo petrol unit used in the hot hatch 'Abarth' models for example - but if you really don't want the rather feeble petrol 1.2, then the powerplant you should look to is the clever 0.9-litre two cylinder TwinAir petrol unit, which was offered in either 85bhp or 105bhp guises. This delivers a lovely putter-putter thrum that seems to be exactly the kind of thing you'd have heard from the 1957 original nipping through the back streets of Naples. More importantly, in a TwinAir 500 model you'll be getting around 50% more pulling power than you would be in a 1.2-litre variant, yet this is mated to the potential for quite outstanding frugality. An 85bhp TwinAir 500 is supposed to be capable of achieving up to 74.3mpg on the combined cycle and 90g/km of CO2 (both NEDC figures). It's urban-friendly through and through you see.

To be honest, Fiat didn't need to do a whole lot as part of the 2015 year facelift to retain this 500 model's popularity. This car continued to look great and as always, it was fun to drive. Issues like restrictions in bootspace and rear seat accommodation remained here, but the things the brand could improve without a major redesign were usefully updated creating a more modern-feeling product. As importantly, it became a more personalisable one as part of this update, thanks to the 'Second Skin' individualisation programme. And no other citycar from this period is more media-savvy thanks to the clever Uconnect infotainment systems that transformed the interior. In summary then, this Fiat 500 remained as likeable as ever in this improved form. Choosing a 'fashionable' little runabout can often be a risk. Here though, is one you can enjoy without a worry.